As part of her series for IN BED Journal, Sophie McComas shares films about sleep, dreaming & the bed. View past posts here "There will not be an apology message for this apology message." Bed; it's good for more than snoozing. It's a place for ugly crying and for sick days. It's a classic choice for sex, for wallowing in tears and for snuggling up to your mother for life advice. It's a cocoon and a "fart pod" and in Obvious Child it's all of the above. Some have labeled this film "the abortion comedy" and sure, it's a comedy and it features an abortion, but the two don't actually intermingle as cozily as that label suggests. Born from a Kickstarter project and starring a shining beacon of female comedy, Jenny Slate, this is a film about love. It's also a work about confidence, openness and originality.

Written and directed by Gillian Robespierre, Slate plays Donna Stern, an aspiring stand-up comic living in Williamsburg whose quips and gags make you both squirm with self-recognition and snort with laughter in the same five seconds. She riffs about bodily functions and fluids, her sex life, her mother and her bowels. She's outrageous but with a twist of vulnerability, so when her life spirals after being dumped by her boyfriend and laid off at work, it's easy to champion her when she falls into bed of a drunken eve with the sweet, pressed-chino-wearing Max (Jake Lacy). He's innocent and "so Christian, he's like a Christmas tree." She's wary, sarcastic and fell pregnant after that first night, but he doesn't know it yet. 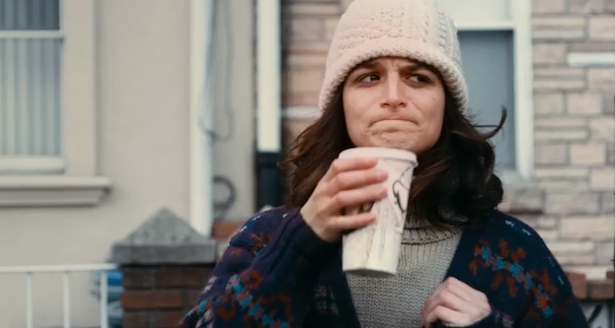 Abortion in Obvious Child isn't treated with abandon or made light of, it's realistic and sad but not devastating. The cold, New York winter setting makes you want to reach into the screen and bundle Donna up safe in a warm blanket, but at a certain point in the film it's clear you don't need to, because she can do that herself, probably while cracking a joke.

All about IN BED x Triibe

It’s no secret we’re big fans of Christina & Jess from We Are Triibe. They’re super talented, sweet as pie and are also excellent drinking budd...

Image by Jedd Cooney   Our latest mix is by Melbourne-based artist Becky Sui Zhen. When she’s not compiling dreamy mix-tapes for IN BED, Becky ...