Will and Kareen Durbin, Auckland

Will and Kareen Durbin work in collaboration with migrants and former refugees, now living in New Zealand, to create highly considered everyday wears for their brand, Companion. The venture successfully supports meaningful employment and utilises business as a means of inclusion. We visit the couple at their home, overlooking Auckland's Manukau Harbour, and pore over their unique collection of ceramics, arts and textiles. 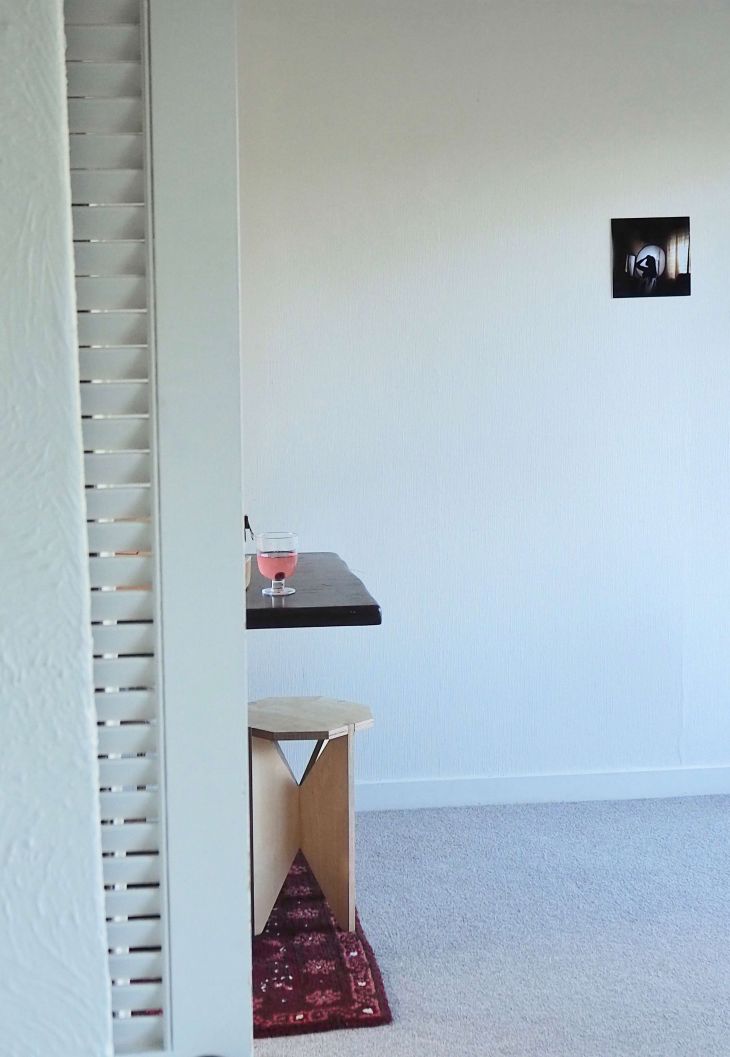 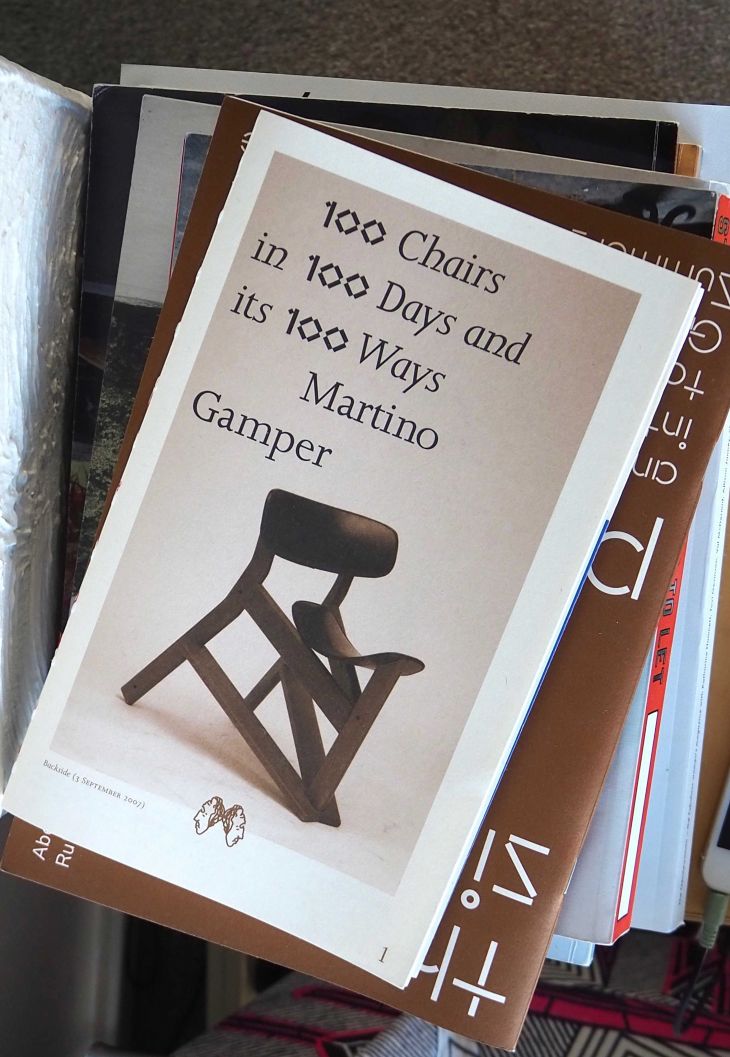 A friend we had in common suggested the two of us grab a coffee to chat about our mutual experiences in connecting with former refugees. We quickly realised we had also both used post grad research to consider social enterprise, so it was a great conversation that kind of never ended…

What are some favourite moments you have experienced in your home?

It’s located in such a peaceful environment – perched on the edge of the Manukau Harbour, so the numerous instances daily in which we pause to observe our surroundings are pretty magic. Also our home is tiny. Any time more than a couple of people visit at once, it feels like a party!

Also our home is tiny. Any time more than a couple of people visit at once, it feels like a party! 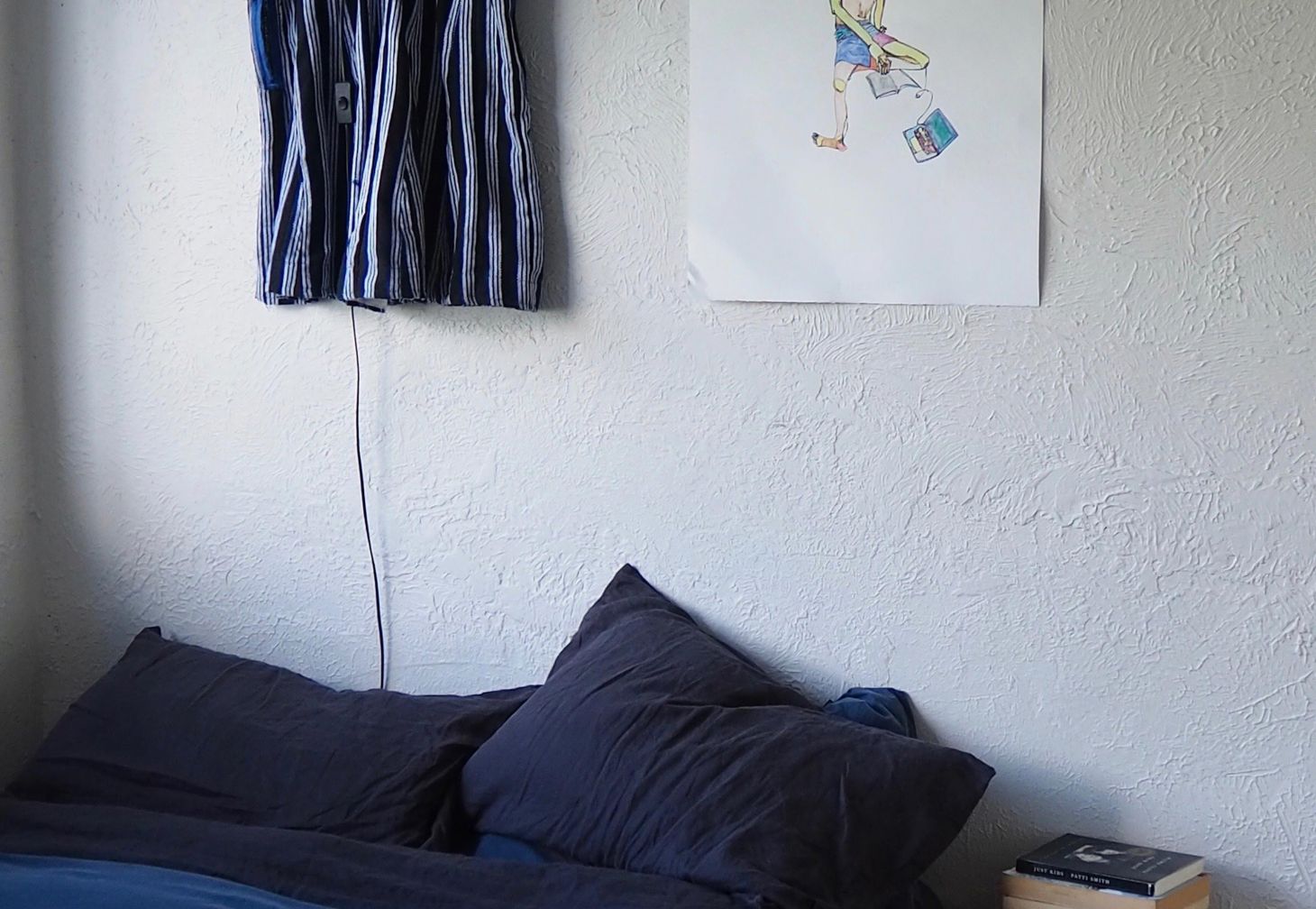 IN BED Navy sheet set featured in Will & Kareen’s home

Thank you for the delicious kefir water! What are some other culinary projects you have endeavoured lately?

Currently we are pickling cauliflower and we have also just collected copious quantities of lemons to preserve.

You have some very special pieces dotted around your home and on the walls. Can you tell us the story behind a few of your favourites?

So many inherited delights i.e. our dining table which belonged to Will’s mother’s family in England and migrated on the boat with them to New Zealand in the 50’s, carved bookends that were Will’s grandmother’s who was born in India and acquired while she was there, a favourite fruit bowl gifted by Kareen’s Nana when we got married – she had likewise received it as a wedding gift, and rugs handmade by her other (Dutch) grandmother who was a dressmaker and very precise. 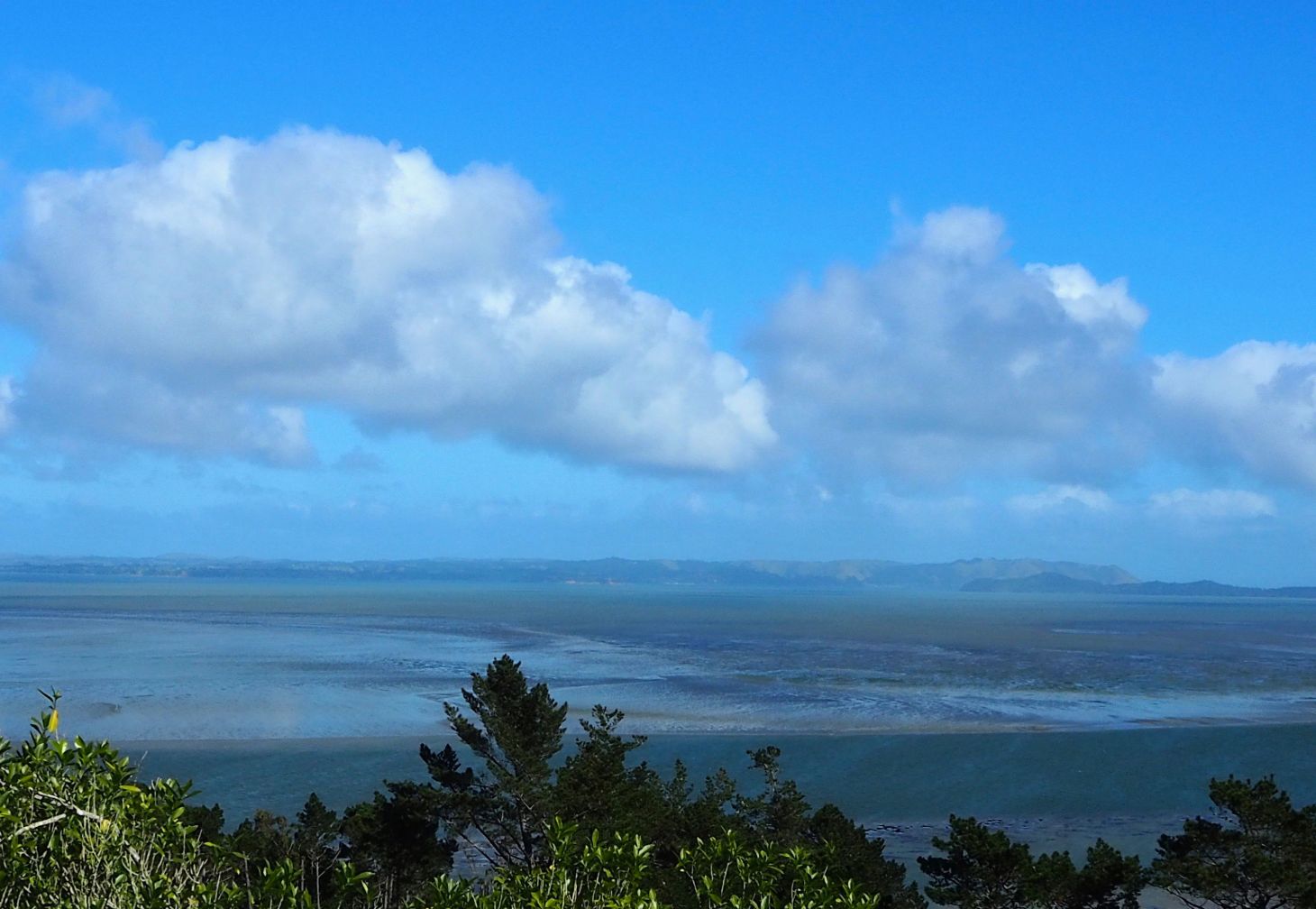 Can you tell us about the processes behind a couple of your Companion Co-design products?

We primarily co-create items with migrants and former refugees now living in New Zealand. But, we can never resist exploring potential collabs when travelling (with the hope that they will reveal new ways of engaging), so have pieces such as one-off silk works with multiple contributions including from women in a remote village in Shan State, Myanmar – places only accessible by foot through areas of conflict. We could not believe it when they, having been left in Myanmar in this village, eventually found their way back to our letterbox!

Equally wonderful though are our ongoing creative relationships at home. We have a side table on which customers can commission Sasan to carve a design of their choice. Sasan is from Iran, is in his 20’s and has been carving since he was a child, he is so skilled that he was teaching adults when he was just a teenager in Iran.

Have you found any gems in your neighbourhood?

Our no exit street has multiple walkways through bush, each to multiple bays along a portion of the perimeter off the harbour. Tidal, the landscape changes dramatically by the hour and is such a hidden treasure. 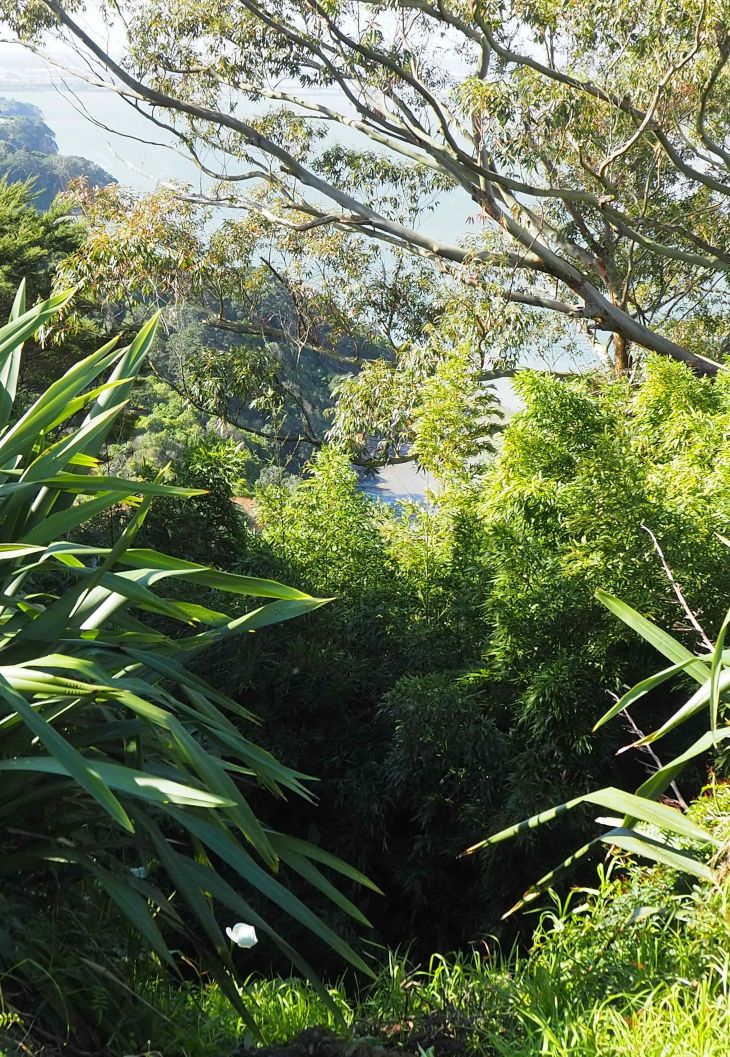 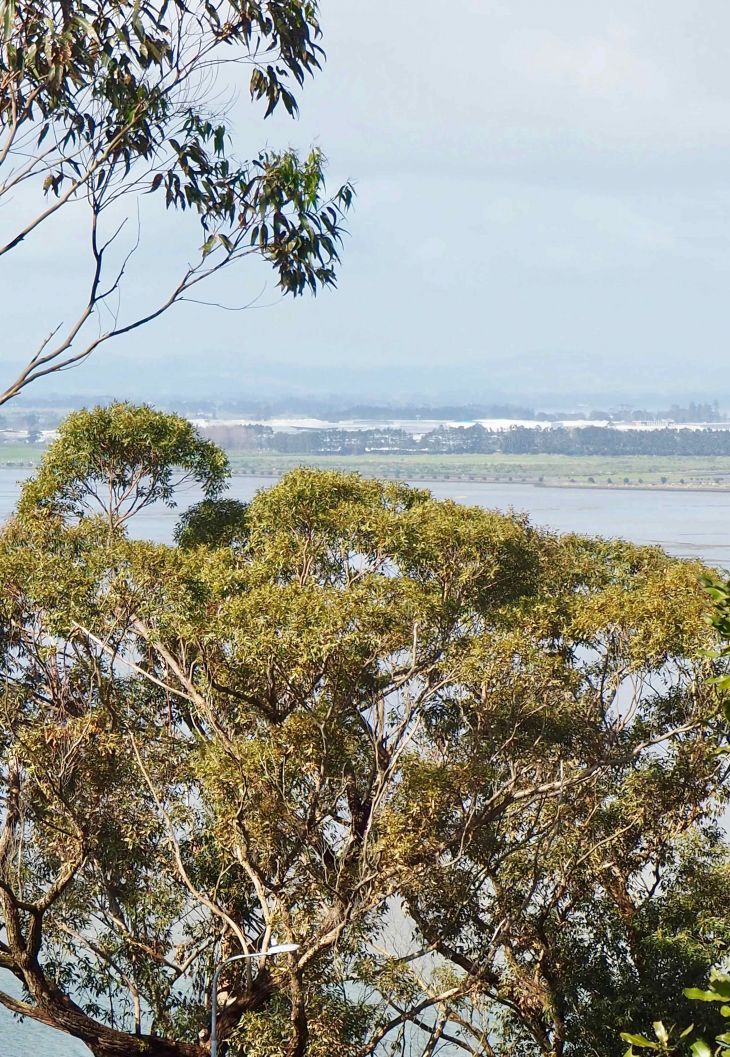 How do you like to begin your Saturday mornings?

Since we are juggling a few other jobs during the week, Saturday is our day for working on Companion together. When we are doing well, we get up for a swim and sauna to start the day, which (after the fact) always feels worth having gotten out of bed for.

When we are doing well, we get up for a swim and sauna to start the day, which (after the fact) always feels worth having gotten out of bed for.

Do you practice any nighttime rituals?

As a rule we don’t talk about Companion after dinner and this winter have made a habit of getting to bed early enough to lounge around reading or perhaps watching an episode if a tv series has caught our attention. Kareen is also an avid (almost nightly) user of her Shakti mat, finding it a nice way to ease out any remaining tensions from the day that was.

Read IN BED: Coming to my Senses by Alice Waters

Words by Hannah-Rose Yee It's when I take the ingredients home, unpack them from my basket, and spread them out on the table in my kitchen ___ that...

Black Isle Bakery is an institution with the ability to wedge it's way - via a neatly cut slice of something sweet - into your heart.