"There were hundreds of us, thousands of us, carefully dressing in the gray morning light of Brooklyn, Queens, the Lower East Side, leaving our apartments weighed down by tote bags heave with manuscripts, which we read as we stood in line at the Polish bakery, the Greek deli, the corner diner, waiting to order our coff - In Bed Blog USA Skip to content
Cart

Read IN BED: My Salinger Year

"There were hundreds of us, thousands of us, carefully dressing in the gray morning light of Brooklyn, Queens, the Lower East Side, leaving our apartments weighed down by tote bags heave with manuscripts, which we read as we stood in line at the Polish bakery, the Greek deli, the corner diner, waiting to order our coffee, light and sweet, and our Danish, to take on the train, where we would hope for a seat so that we might read more before we arrived at our offices in midtown, Soho, Union Square. We were girls, of course, all of us girls.... What we wanted, still, was to be on the other side of it all, to be the writer knocking confidently on our boss's door." Joanna Rakoff, My Salinger Year 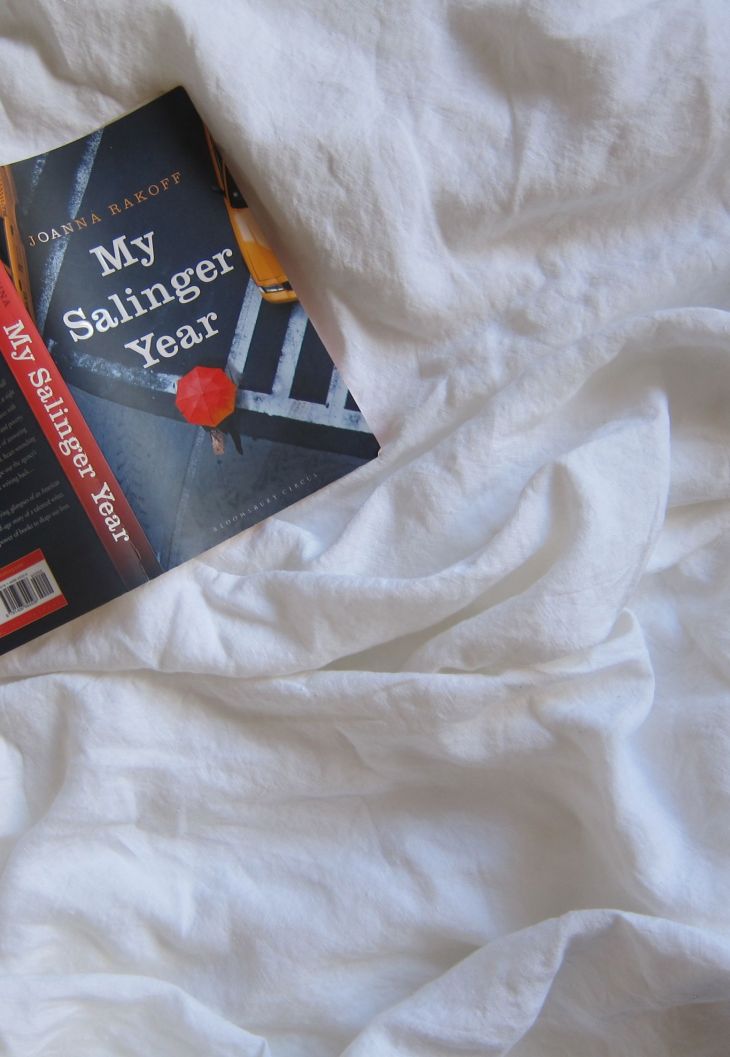 Review & image Hannah-Rose Yee I recently started my first proper big girl's job and this book speaks to me in a way that nothing I've read in quite a little while. It's basically the true story of Joanna Rakoff, who, when she was 23, went to work in the big city as the assistant to a literary agent who represented, among many luminous others (including Judy Blume!), J.D Salinger. It was strange to read it, eerie really, in that there are so many things that happened to her that happened to me. That feeling of overwhelming otherness that comes with a new job, the sense that nothing you do is right, the exhausted way you walk in the door at the end of the day and automatically put water on for pasta. It's a book about being young so much I read is really, at its core, about that and the things that you do when you know you still have the rest of your life ahead of you. The way you waste afternoons, the way you pick fights with people, the way you leave the nice, safe guy for someone who makes your blood boil. I felt like I was Joanna, sitting cross-legged at her typewriter (it has to be read to be believed!) day after day, spending $5 at lunch on a greek salad with one sad, lonely olive on top, getting on the subway while the sky is still dark. I devoured this book, reading it late into the night, well past when I should have been dreaming. It's cliche, but I really could not put it down. I had to know what happened to Joanna to me. This book is for anyone who's ever had a first job. I salute you.

Words, Images & Recipe by Sam Hillman Granola. The crunchier, toastier and all round more hedonistic cousin to your standard bowl of muesli. I...