With her photography studio nearby, Clemence's Paris apartment illustrates a collection of some of her most cherished work, from her film La chair et les volcans to her current projects. We visited Clemence's apartment to learn about the subtleties that inspire her and what she values most. 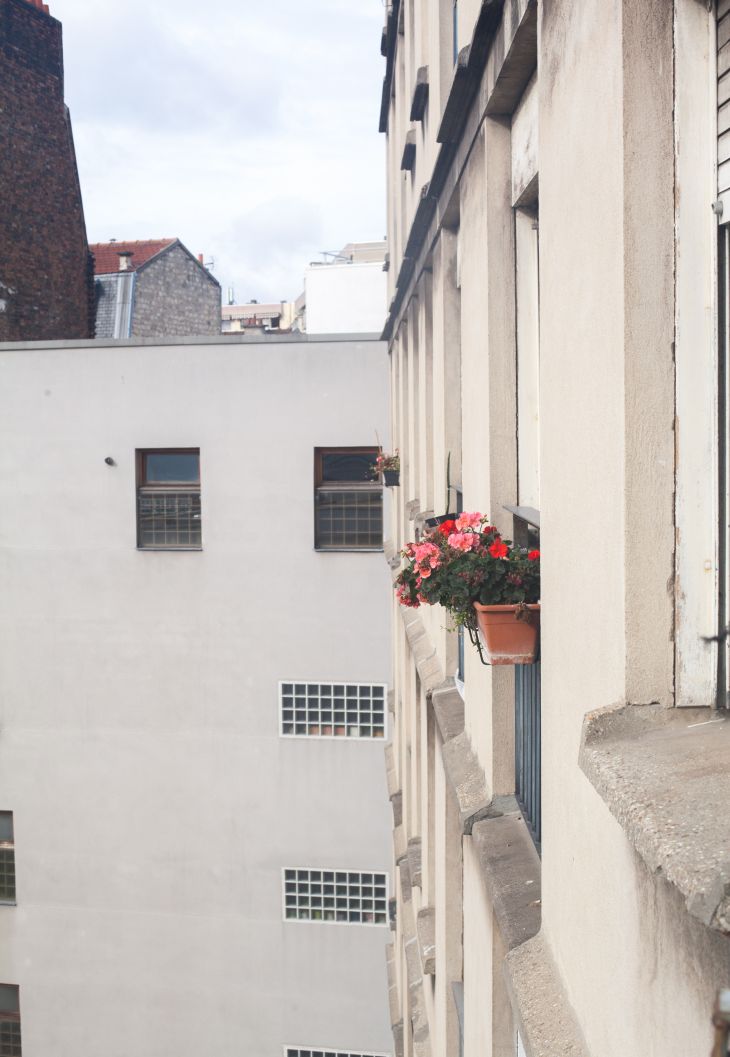 You recently worked on a music video for the French electro band L'imperatrice, what was that like?

Since starting in film I've wanted to be a part of a collaborative project like this and everything finally came together this year. It was my first time directing a music video and I was very fortunate to work with the producer Melodie Saba from beginning to end. Melodie has an incredible intellect for film and she pushed me to go further with my vision for what I thought should be portrayed. I had the client's trust and could take an unrestricted approach, those aspects really made the project for me. 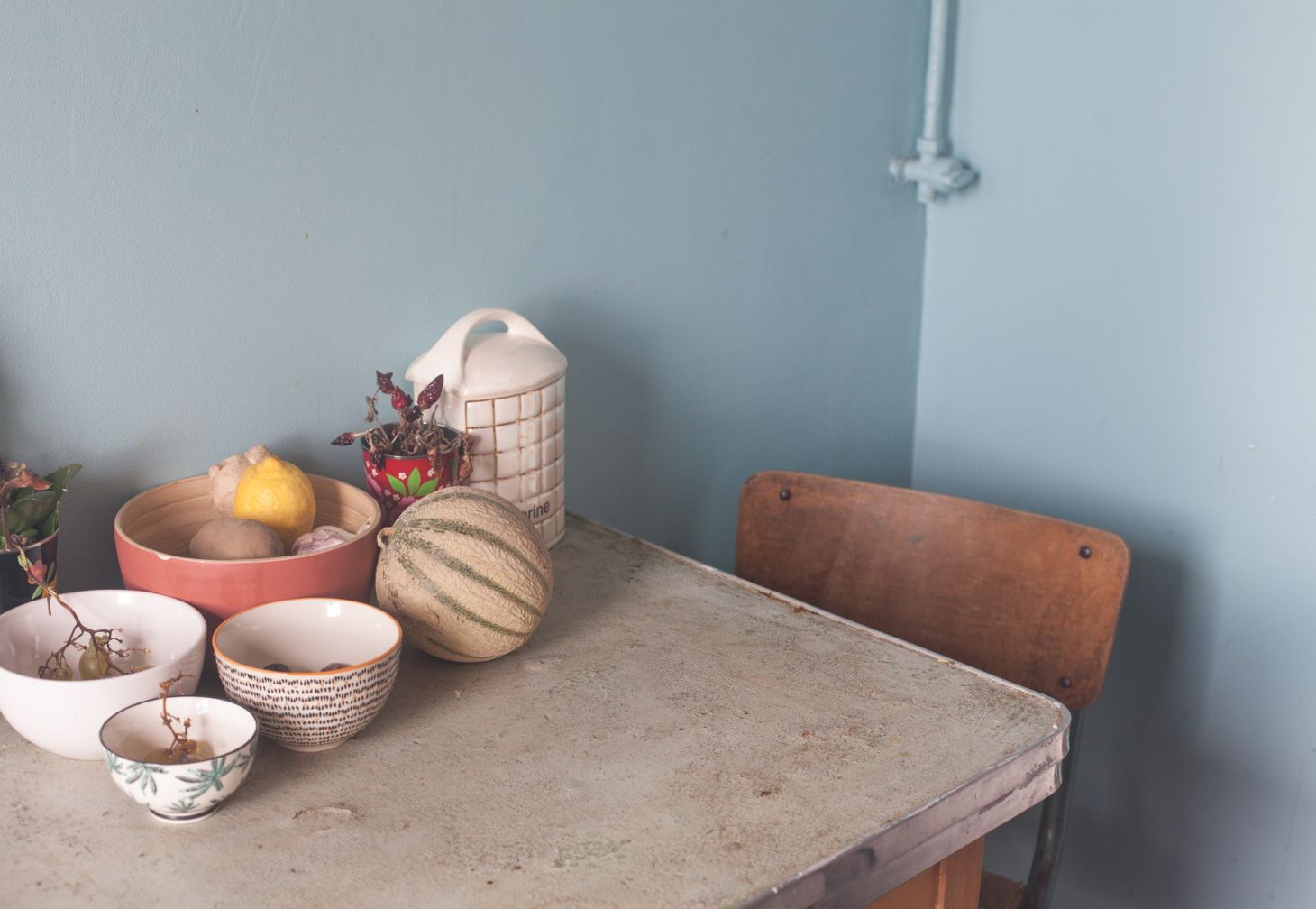 You have some of your work in an exhibition next month, can you tell us a little more about it?

The exhibition is called Femerotisme and is a collective series by female artists about a secondary view on eroticism. Two of my photos that will be shown are from a workshop I did with a photographer named Antoine d'Agata. They are originally a part of a series I called Looking for A and it's the first time that they will be shown in public. My film, Orgie Republicaine, will also be presented at the Galerie de Bussy. 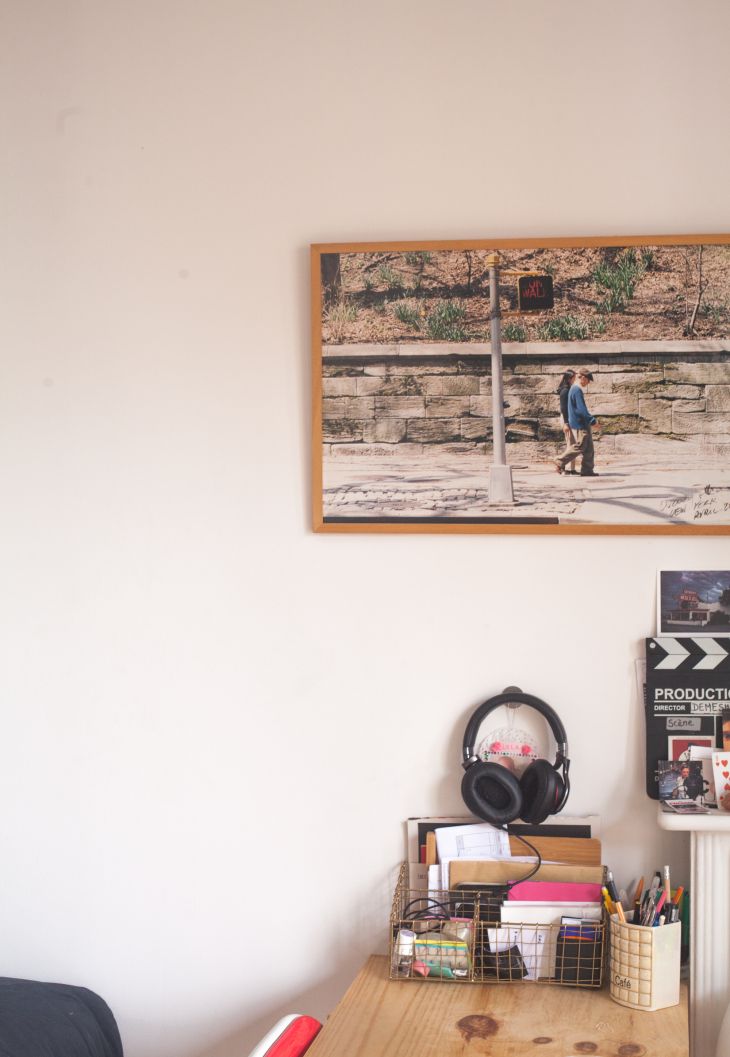 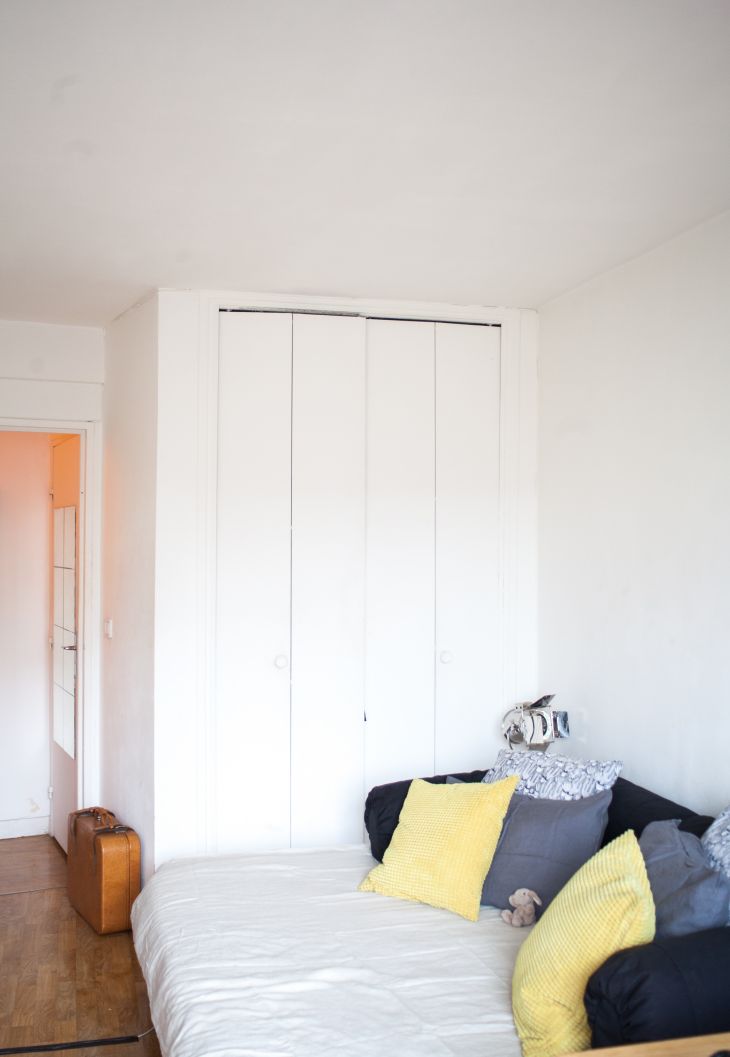 What do you like about living in 18th arrondissement?

There is a real sense of community and acceptance here and you can feel that when you walk down the street. There are ecological coffee shops like La Recyclerie, and a variety of eclectic, local shops on the side streets. Located in the same building as my photography studio is my favourite spot, CO. I spend a lot of time there because the people there feel like family to me. 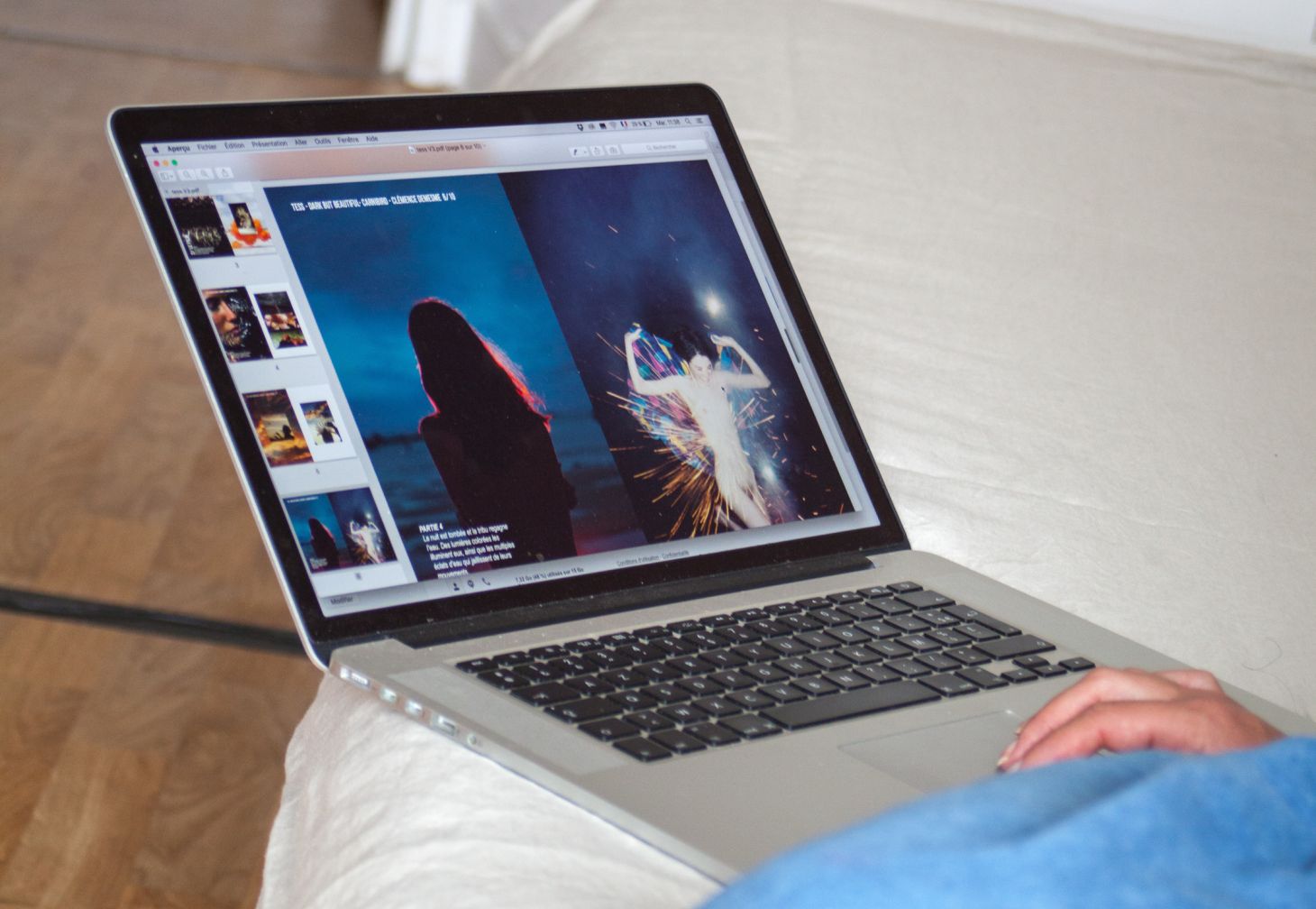 What can you tell us about your apartment.

I live at the top of 18th arrondissement so I have a lot of space around me and a balcony with a great view of the Sacre Coeur. I have lived in my studio apartment for several years now and it's pretty eccentric. I have photos on the walls that mean something to me; some of different bodies of water taken with an analogue camera, a photo of Woody Allen in New York taken by my dad in April 2001 and a postcard of Simon and Jessica Embraced by the Pool, Avignon 2001, taken by Nan Goldin. I also have a few small objects that remind me of different times in my life. 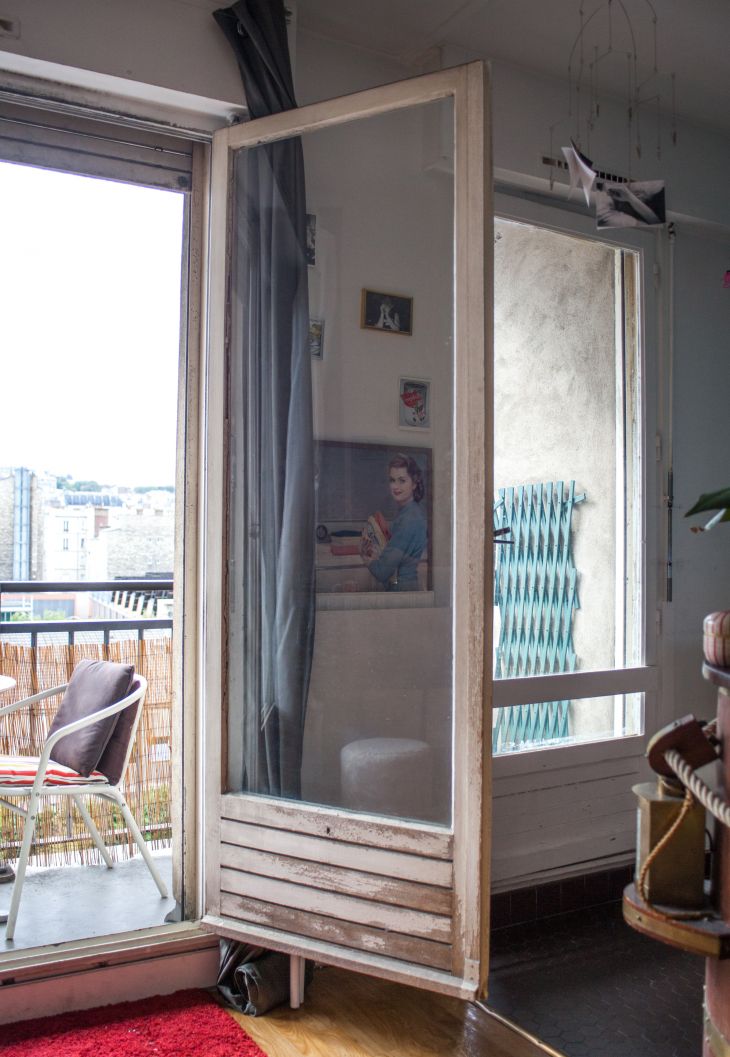 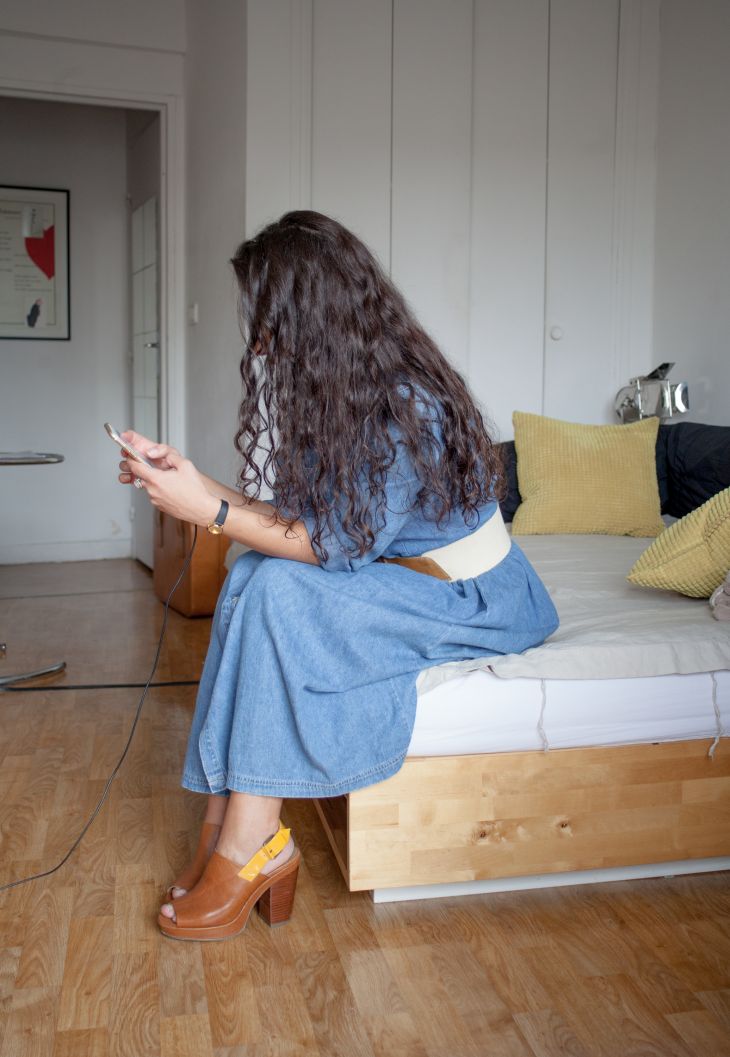 I like to turn on the radio first thing in the morning and make myself a cup of hot water and lemon. I often try and attend a yoga class or do a few simple positions on my own at home. Afterwards I like to make porridge and coffee and spend a bit of time reading the news. Since my schedule is always changing it's important to me that I have a routine to my morning. 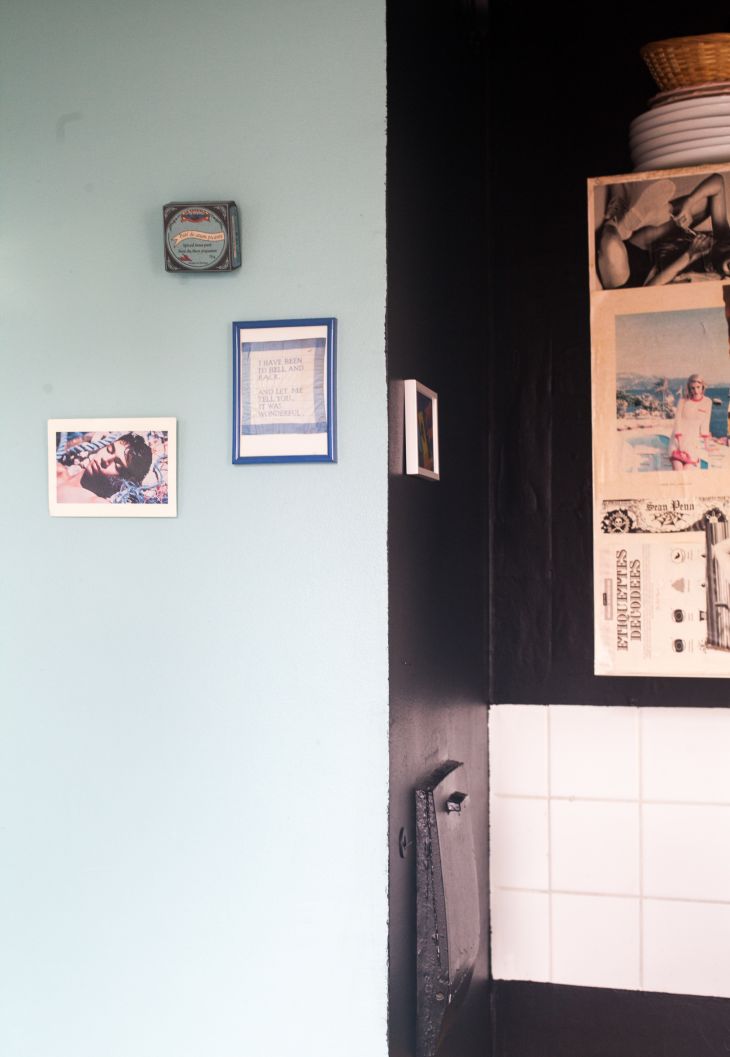 I like to cook a light meal, watch a film and drink herbal tea. I try and read a few pages of a novel before going to sleep before midnight. 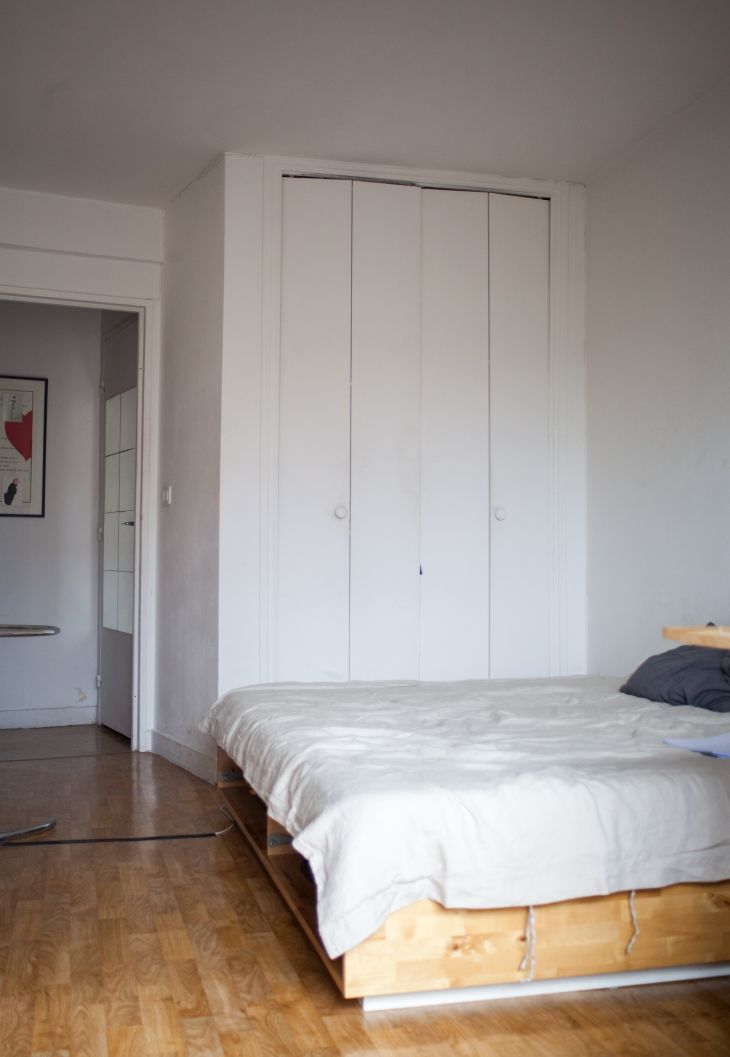 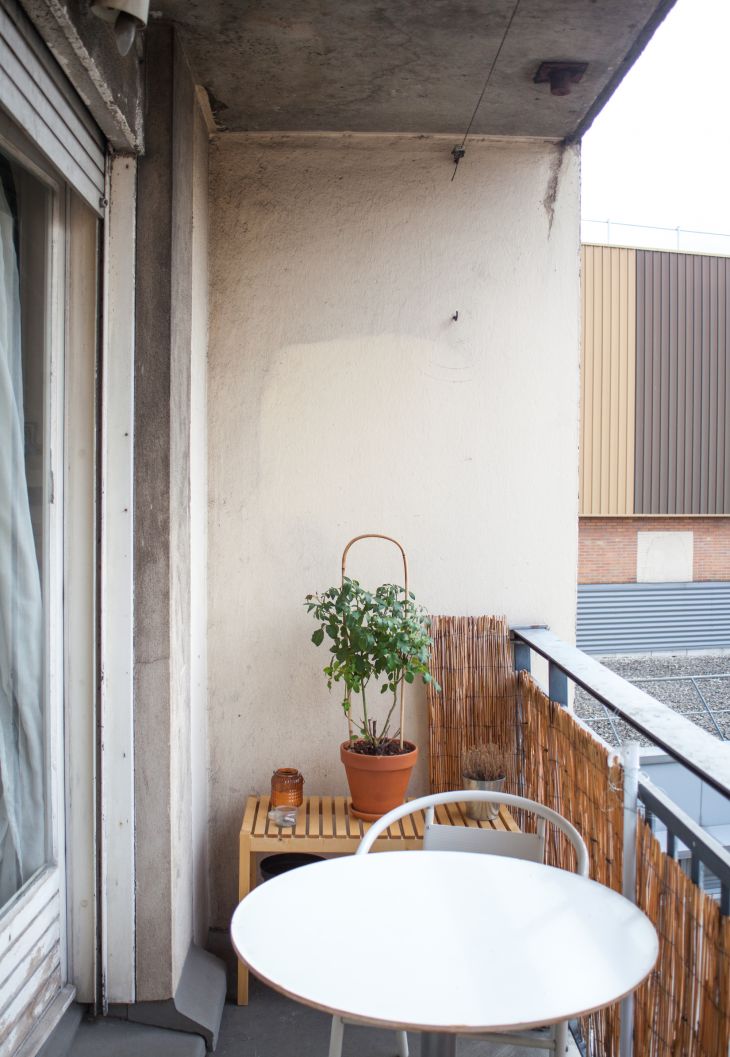 I’m at a point in my life where I want to take care of myself so I usually spend one day of the weekend at home, wrapped in an oversized jumper, enjoying my balcony and doing something relaxing. I love having friends over for dinner and cooking for part of the day. I cook for the people I care about, it’s one of the most soothing things I know. I also like to find some time on the weekend to walk around the local shops to find unpackaged items in bulk.

I love having friends over for dinner and cooking for part of the day. I cook for the people I care about, it’s one of the most soothing things I know.

What are you reading right now?

I’m currently reading Art Extemporain by artist and curator Damien MacDonald. It’s a philosophical essay that questions the position of art in our society and the responsibility that artists have. It’s fascinating to read about the vision he proposes and his writing has a tendency to both release guilt and at the same time push his readers to endure a positive and active state of mind in our response to modern age.

I am also reading a book called Green Grey and Blue Lavender, written by my grandmother. It’s a collection of her memories from World War II and the occupation in Provence, written from the perspective of a child. I would love to see it published one day. Her perception of the war’s history is unique and full of honesty.

What are you listening to or watching right now?

I’ve been listening to Angus and Julia Stone’s new album, Snow, lately. I find their music comforting and nostalgic. I am also working through a list of films that I have never seen. Films are a big part of my life and different work inspires me creatively. 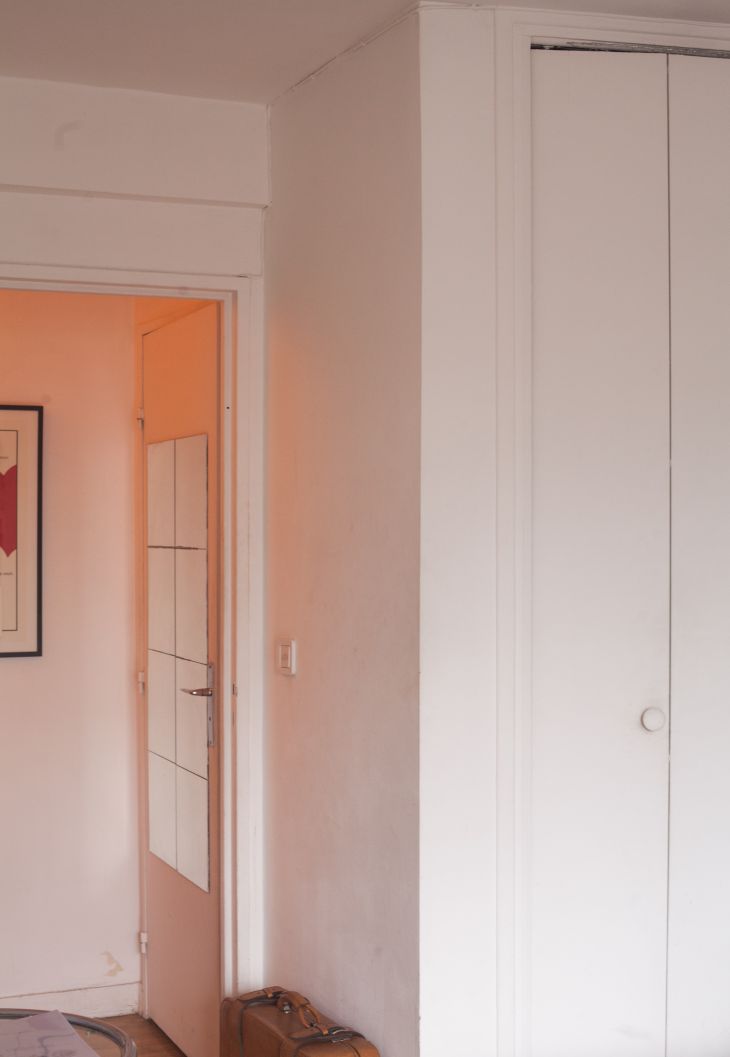 What do you find most attractive about the French culture?

A few years ago I would have answered food to this question but since then I’ve been fortunate to travel a lot. I think our Latin heritage is a big part what makes French culture unique. We seem to express our emotions freely, whether that be feelings of doubt, anger or love. I think we have a cultivating, artistic way of viewing chaos and disorder and it often turns into something romantic and inspiring. I think that is the reason why social settings often manifest a strong connection between those who are present. We build deep relationships with each other and don’t hesitate to show who we are.

Read IN BED: Inside Vogue

"I have a moment of pure pleasure at being in Milan in the rush at a coffee bar, waiting for my macchiato. The baristas' performance, as they reach...

A sweet, autumnal treat for anytime of day with Claire Ptak of London's much-loved Violet Cakes.