Watch IN BED: The Big Sick

There's nothing like a beautiful girl falling into a coma to refresh the well-trod rom-com genre. The Big Sick is based on the true story of the film's co-writers, Kumail Nanjiani and Emily V. Gordon, and is a totally gut-wrenching, heartfelt delight. Kumail, a Pakistani-American stand-up comic and sometimes Uber driver, actually plays himself in the film. Emily is performed by the ultra-charming Zoe Kazan and is so sweet you just want to pick her up by her cute bob and put her in your pocket. The couple meet when Emily heckles Kumail at his stand-up gig. They figure out they like each other and things progress pretty nicely, until Emily discovers Kumail's family's plans to marry him off to a "nice Pakistani girl". This arrangement is something that, to be honest, Kumail doesn't really fight against that much. We get the feeling he doesn't want to hurt his mother, and so he sort of just goes along with the meetings she sets up, all while his relationship with Emily - who is white - progresses alongside (unbeknownst to his family). 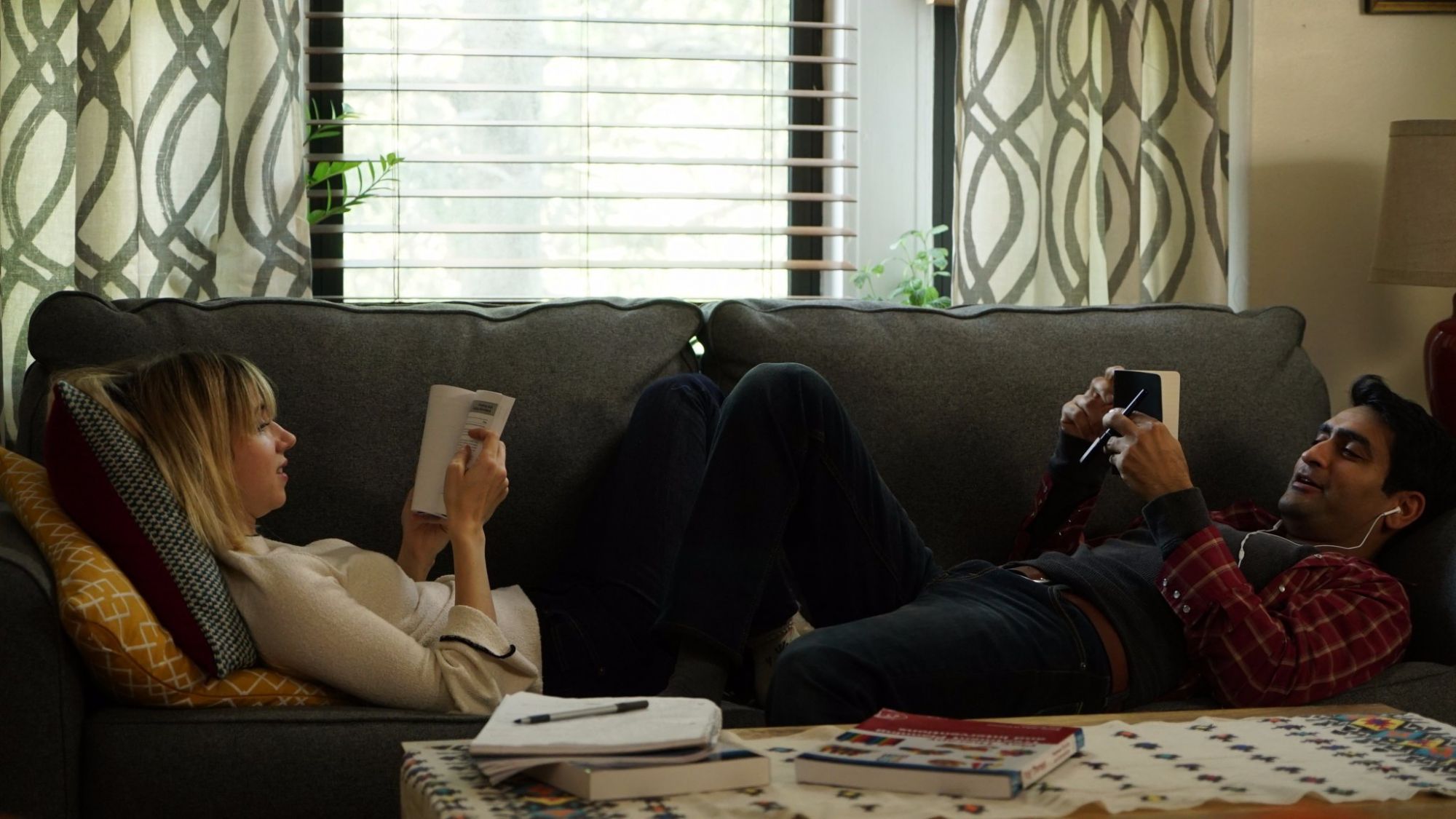 Surprise, surprise, eventually Emily cottons onto the scheme – which is pretty predictable, yes – and calls things off. But PLOT TWIST! Emily soon finds herself plunged into sickness and is placed in an induced coma. Things are touch and go from here. Kumail – seemingly shocked into action by this sudden turn of events, immediately rushes to her bedside, where he’s confronted by not only Emily who is all tubed up to machines and monitors, but her midwestern parents, who know all about their breakup, and aren’t exactly happy about it.

Once she falls ill, Emily isn’t actively in the film much at all, although all the action revolves around her, and the people who have gathered to help her get well. It’s in this space where the real story unravels and evolves, with sweetness and nuance and charm. You see the characters soften and relax into each other, slowly uncoiling themselves from the trauma of her illness. All the while, The Big Sick pinpricks you with real moments of hilarity that feel totally relatable – Emily not wanting to poop in her new boyfriend’s shared apartment, for instance – we’ve all been there, right? What Judd Apatow manages to do really, really well in this film is bring this tale of a “forbidden” interracial relationship into the modern age. Does true love prevail? Watch and see.

We visit the compact Berlin space where Ryoko Hori works and lives with her partner, Daniel.

Marks speaks to In Bed about why women's empowerment is important to her company and how meditation is her secret weapon to tackling a busy day.