Watch IN BED: Lost in Translation

This July, Sofia Coppola will release her eighth movie, a chilling drama about a group of women who take in a wounded soldier during the Civil War called The Beguiled. It's been a while between drinks for Sofia Coppola. Excepting the Netflix Christmas special A Very Murray Christmas, Sofia Coppola's last movie was in 2013, the searing Los Angeles satire The Bling Ring. And that was a whole decade after the film that won her an Oscar, cemented her position as a cinema verite wunderkind, launched Scarlett Johansson's career, reinvigorated Bill Murray's, and made a luxury hotel a major tourist destination in Tokyo. Lost in Translation.
That movie, released in 2003, tells the story of two strangers who meet, jet-lagged and bleary-eyed, in a hotel bar in the middle of the night. What follows is a strange kind of courtship of exploring a foreign city together, questioning their life choices, feeling out the distances between themselves and trying so hard to get some sleep. Bob (Bill Murray) is an over-the-hill actor in Tokyo to make some quick and dirty money in a whisky commercial. Charlotte (Scarlett Johansson) is the young, aimless wife of a director, left behind in the hotel while he goes off to shoot a music video. When they meet in that bar, something clicks. "I just wish I could get some sleep," Charlotte smiles, over her drink. 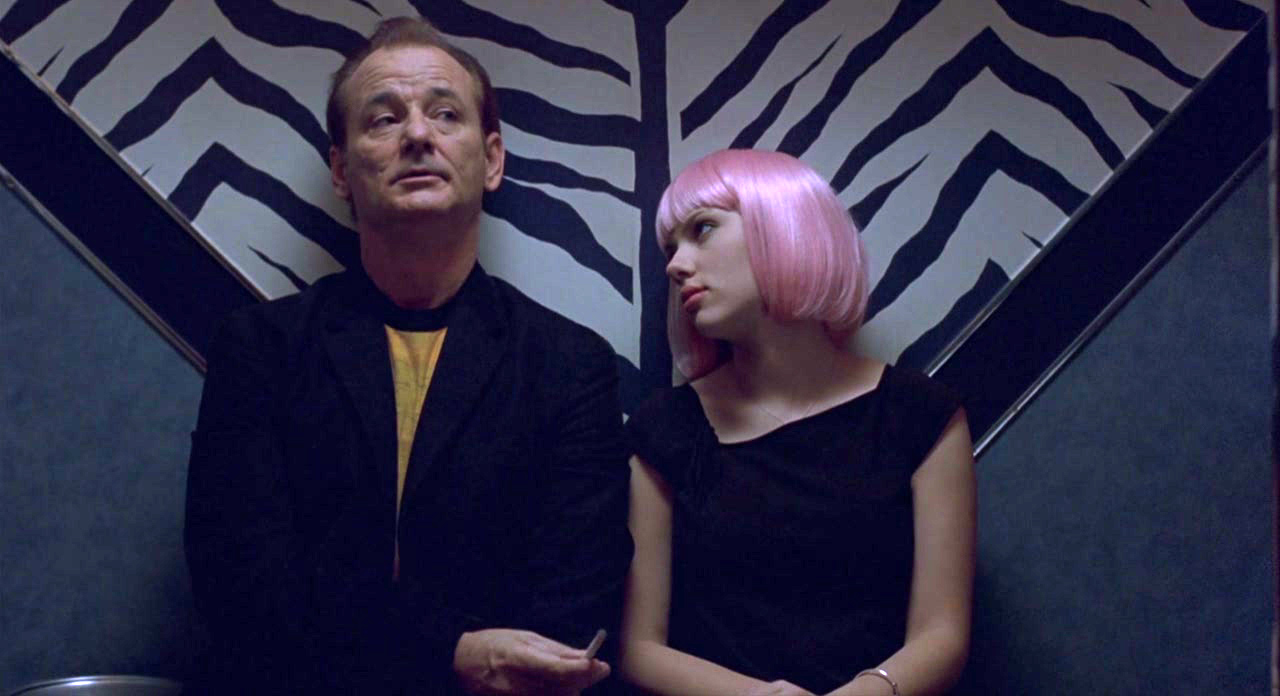 Lost in Translation is the kind of movie that makes people want to go to Japan. Not knowing what you're ordering at a shabu shabu restaurant, karaoke in a pink wig, fancy bars with stripper poles, flower-arranging classes, bullet trains, feeling dwarfed by the grand, overwhelming efficiency of a big, foreign city. Through all this is the Park Hyatt Tokyo, the hotel where the movie is set, and which Sofia Coppola has called one of her favourite places in the world. Shot in just 27 days, mostly in the middle of the night so as not to disturb the guests, the hotel's green soft furnishings and sweeping views of the city make for a peaceful echo to the exterior locations. (One memorable scene, showing Charlotte at Tokyo's famous Shibuya crossing, was filmed illegally from a Starbucks coffee shop overlooking the street).
Hotels are a perfect liminal space. That's why the Park Hyatt Tokyo works so well as a prism through which to view two people caught between acts, on a precipice somewhere, unsure of how things will unfold from here. In the anonymity of a hotel, curled up in the expanse of a big hotel bed with crisp white hotel sheets, Bob and Charlotte achieve something approaching true intimacy. Their penultimate scene together features the kind of writing that won Sofia Coppola that screenwriting Oscar. Worried about her career, her marriage, her creativity, Charlotte bares her soul to Bob. "It gets easier," Bob tells Charlotte. "I'm not worried about you." And then it's time to check out.

We discuss all things paper with the founder of Yuko Design.

We visit the warm, bright and relaxed seaside apartment of Dee Jenner