We caught up with Melbourne couple Tom Blachford and Kate Ballis in their chic pad, complete with mezzanine. Peppered with signs of travel, leafy plants, stylish Eames furniture and an impressive art book collection, Tom and Kate call Yarraville home. With a string of successful projects under their belts and no suggestion of slowing down, read about how they got started as photographers, seek out inspiration and sometimes share a muse. 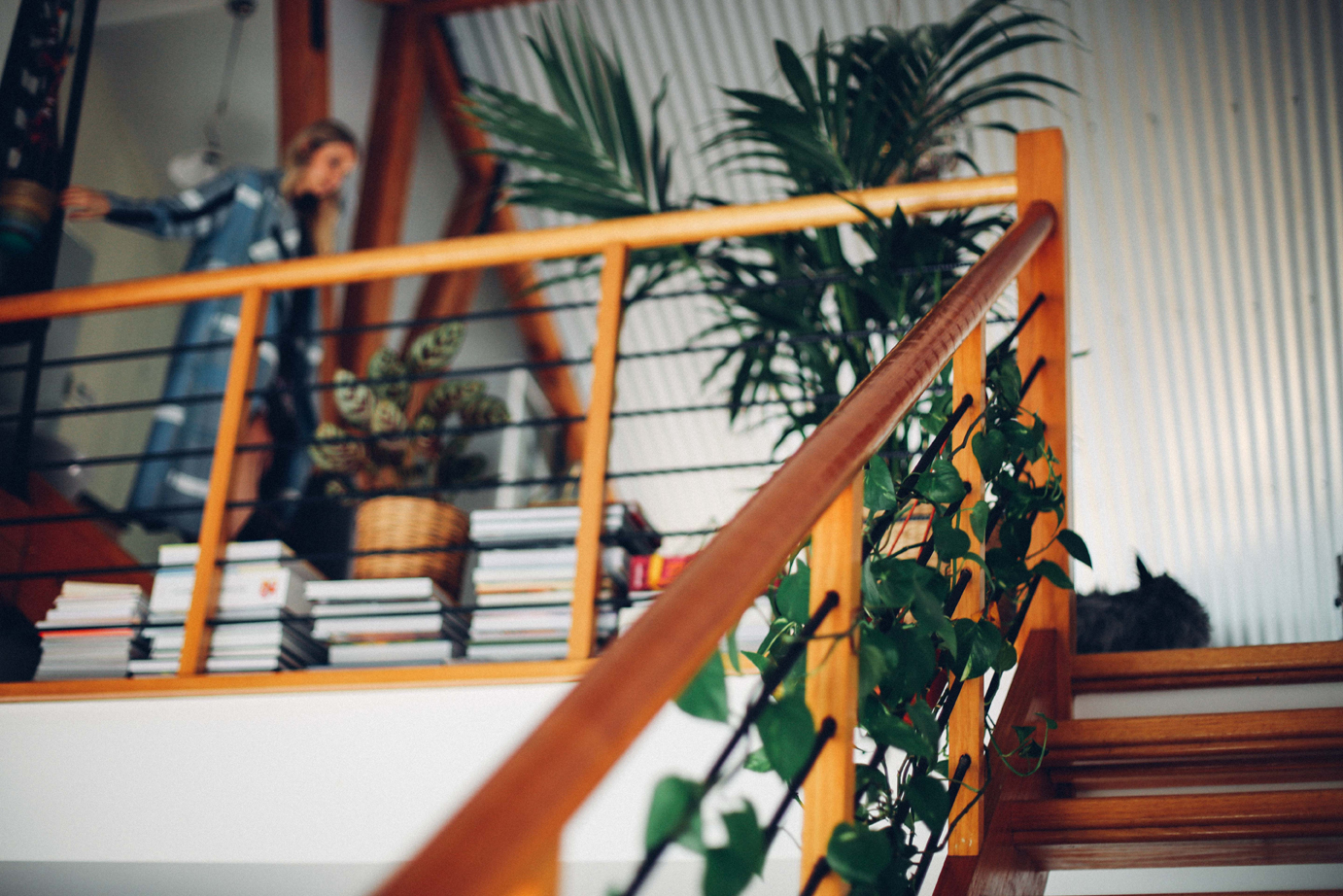 How did you meet?

T: We met at a party where everyone was throwing paint at each other. I was taking photos and Kate was attending the party and we were both covered head to toe in paint. I was covered in red and she was covered in blue and we made a kind of purple when we made out. 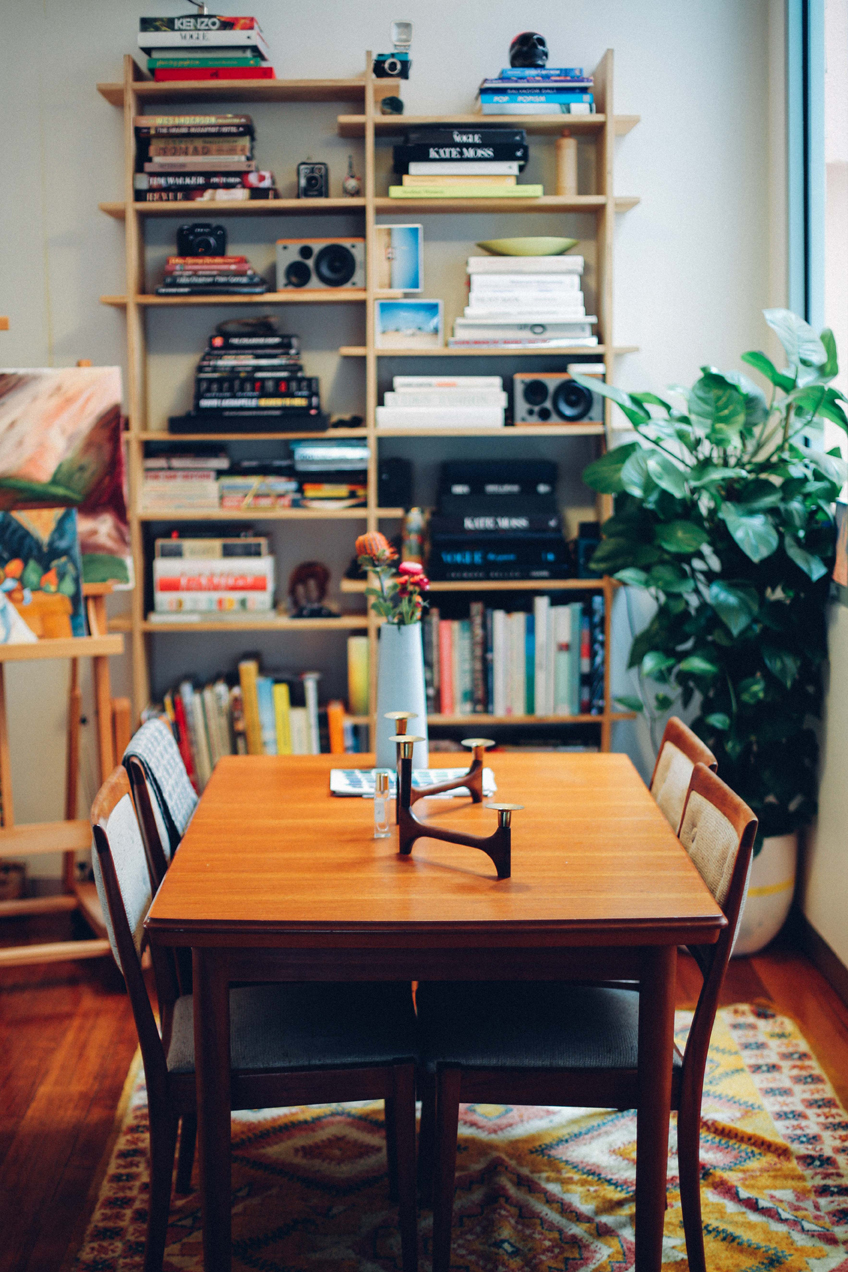 You're both super talented photographers. How would you describe each other's photography style?

K: Tom's would be dark, minimal and teal. T: Kate's would be natural, beautiful and subtle.

Do you shoot together?

T: Not very often, but we do shoot weddings together. K: And the occasional interior job. 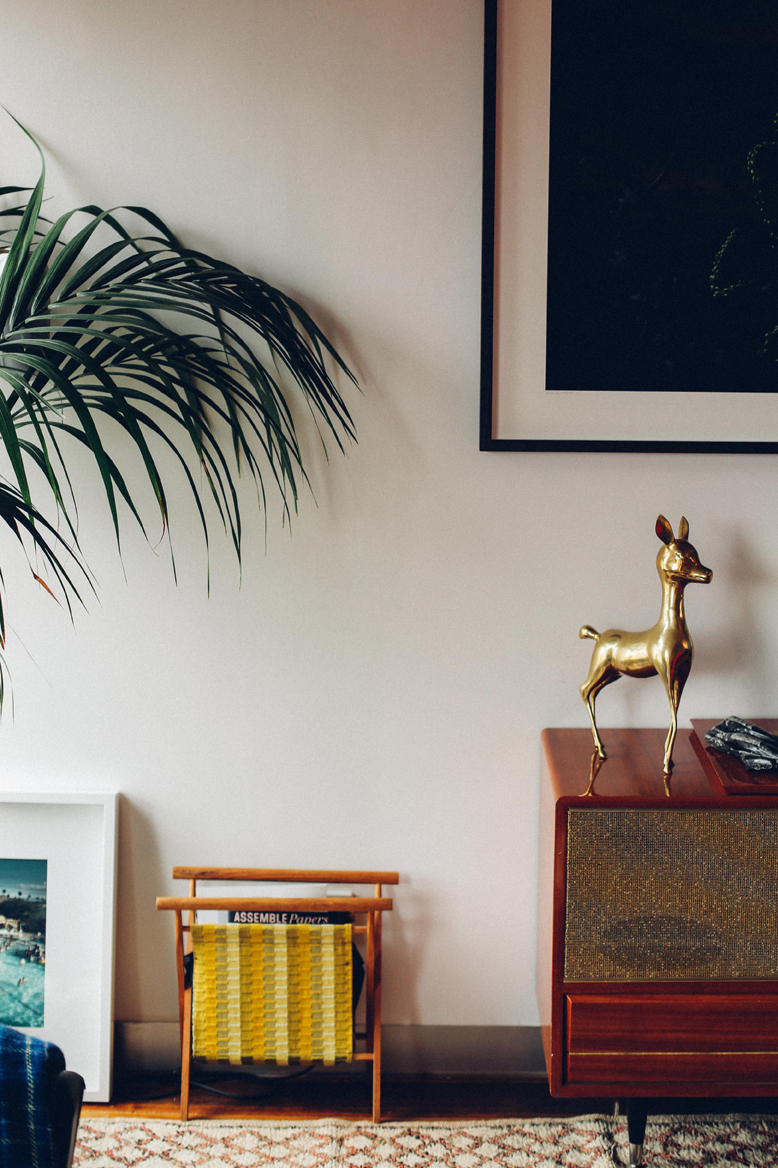 Back to the beginning, how did you get started in photography?

K: Tom started first. T: I picked up a camera when I was 20, and it just went from there. I went and assisted James Geer for five years and I really learnt on the job, he's like a mentor for me today still. After assisting James I went out on my own. K: I was pretty obsessed with photography in a hobby sense and then meeting Tom, he really taught me how to shoot. So for about 18 months I was going through a camera every 3 months, because I'd upgrade and then be like, it can't do enough I want better, better, better and very quickly we had the same kit. I was a lawyer at the time, and then about 3 years ago now I quit the law firm to go into photography full-time.

Kate, did you have a moment when you decided to focus solely on photography?

K: We met Miles Aldridge, a fashion photographer in LA and he said I could assist him in London, which was an opportunity I couldn't say no to. But before that every holiday was an ah-ha moment, we'd travel as much as I could within the confines of a full-time job and we would shoot 24 / 7. I would go back to work after our holiday and it was just a post holiday come down, I was coming down from not being creative. 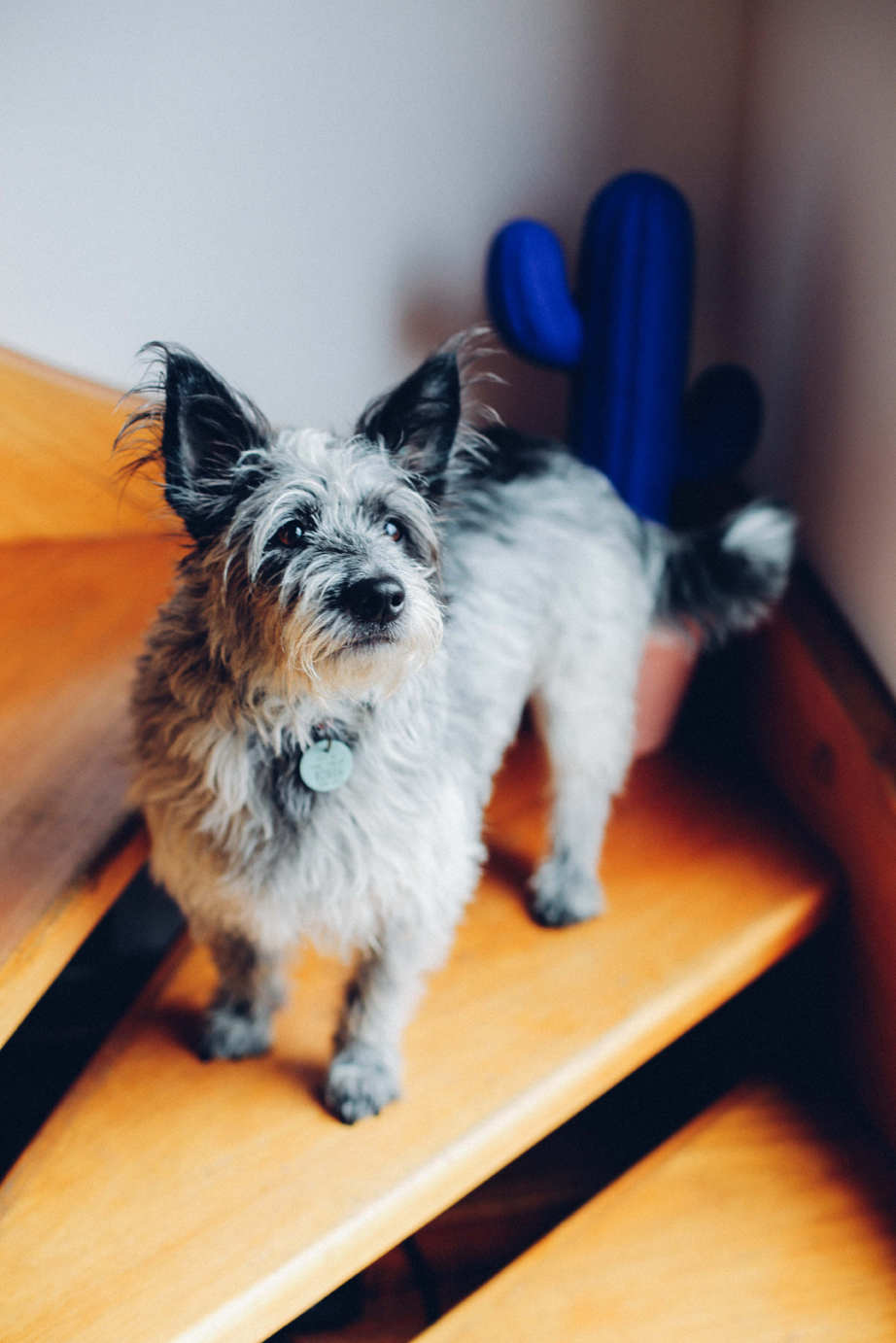 What kinds of subjects interest you the most?

K: Alien landscapes, the dessert and weird signs of life in the dessert and people. T: I guess my stuff seems to focus around what they call the built environment, buildings, architecture and a little bit of nature. And we both like shooting mountains, a lot. 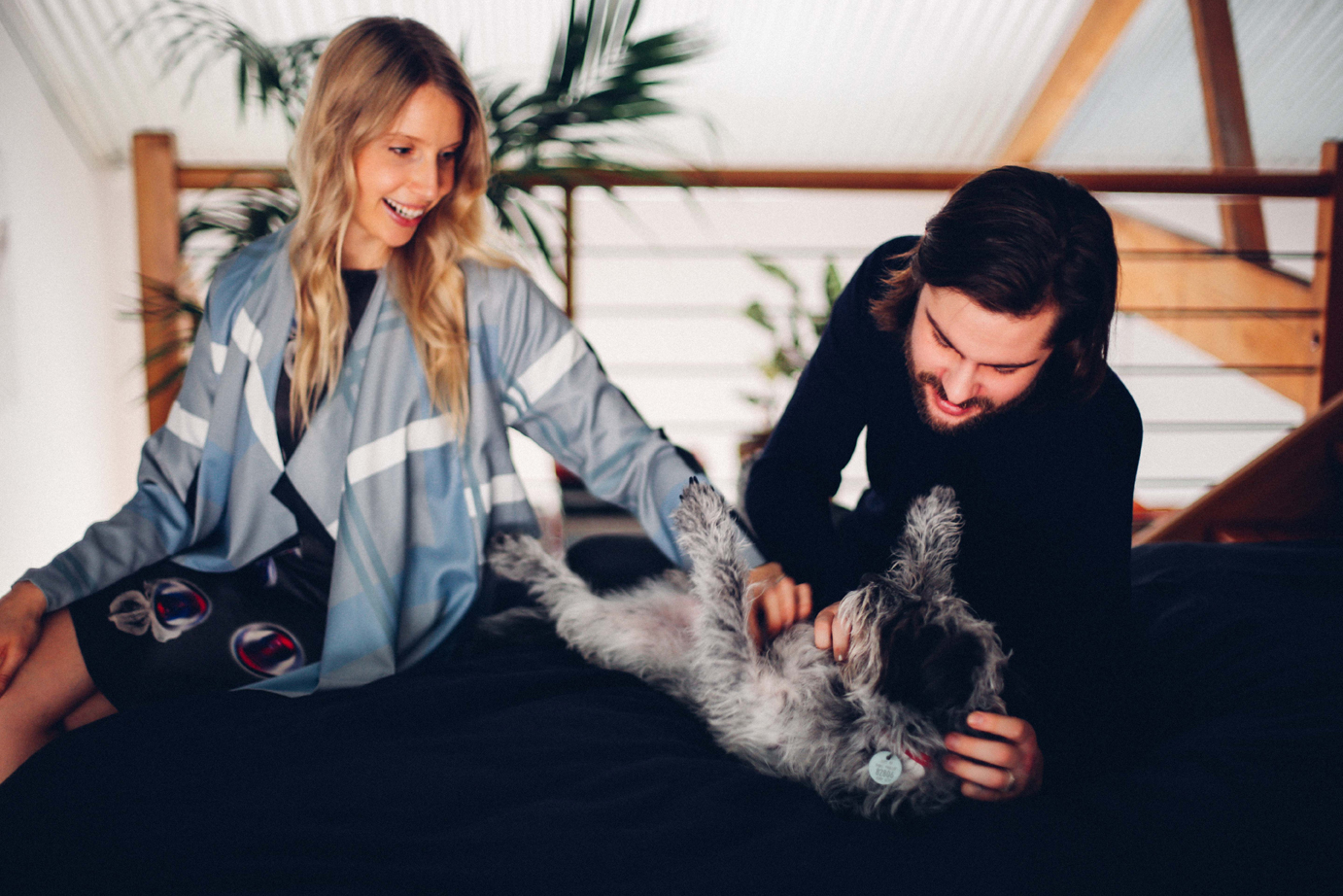 So tell me a bit about your process from the idea for a photo or a collection, to the result?

T: I don't tend to pre-plan projects, we usually just book a trip and go through a bunch of different places and see if it resonates with us when we arrive. At the moment I'm trying to experiment with different techniques in new places and then that might comes together as a series. When I get home I'll evaluate that technique and see if it's something I want to do more of. I try not to plan though; it doesn't really work for me. K: We do try to plan holiday locations based on where we might shoot but then we have been let down in the past. So I guess when we're planning to go away, we plan to be inspired and switch our antennas on but that might come from something completely unexpected.

How often are you two away and shooting?

T: We try and travel 3 -- 4 months a year, but we're mixing it up this year and spending it a bit more time here to focus on charging up for inspiration. 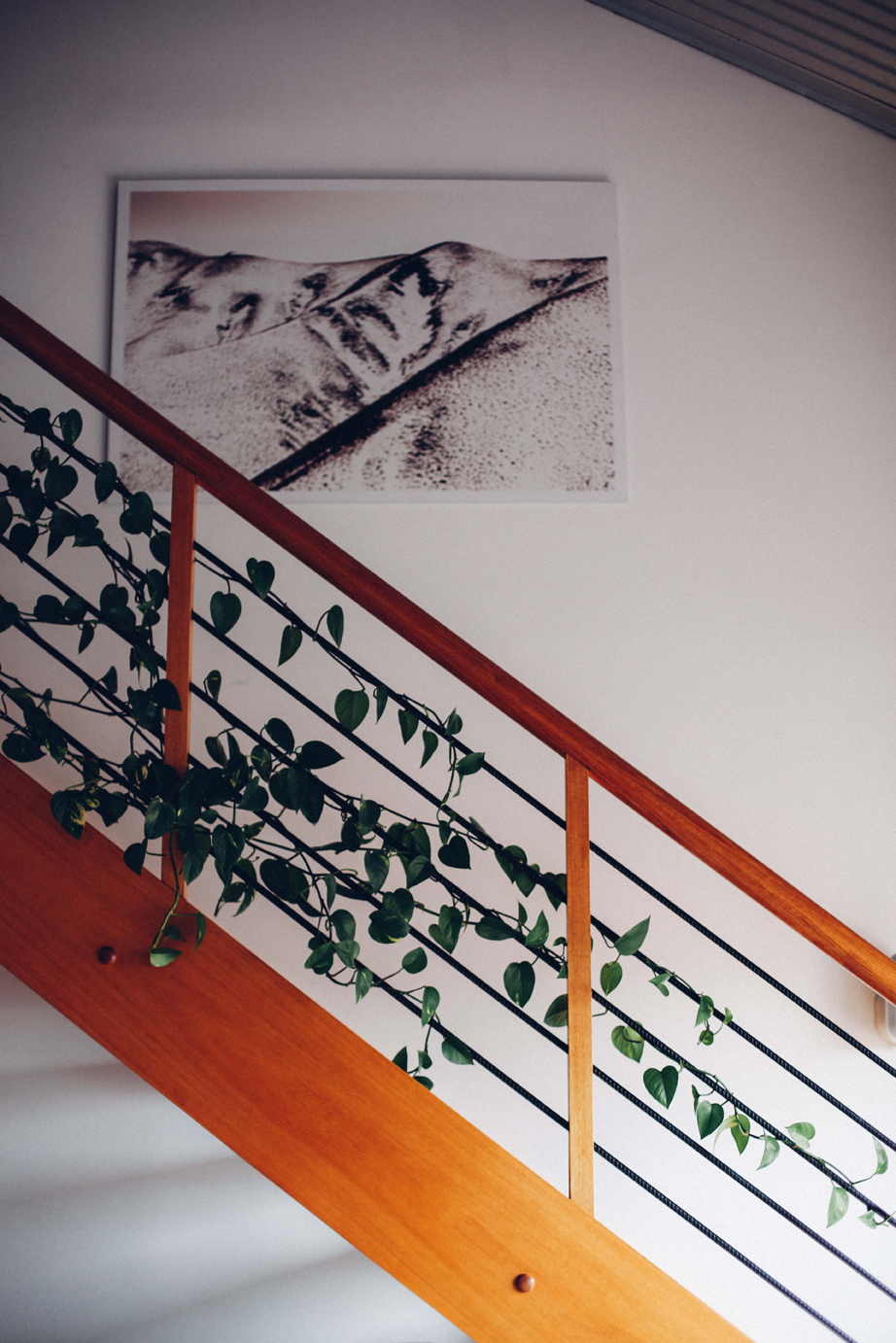 When you do need that down time to get inspired, how do you approach that?

K: Books. T: Yes, Books. K: Books on art and photography, visiting galleries. T: We try to stay off the Internet and not look at photos. K: I've been painting and drawing, but really avoiding looking at other photographers work.

And why do you think that is?

K: There are so many rich sources of inspiration out there, and to be turning to our contemporaries might mean we fall into line with them. T: Yeah, and sometimes looking at a photographers work might make you go in a really different direction because you feel like it's not original anymore because you've seen someone else do it, rather than explore something because you're interested in it. 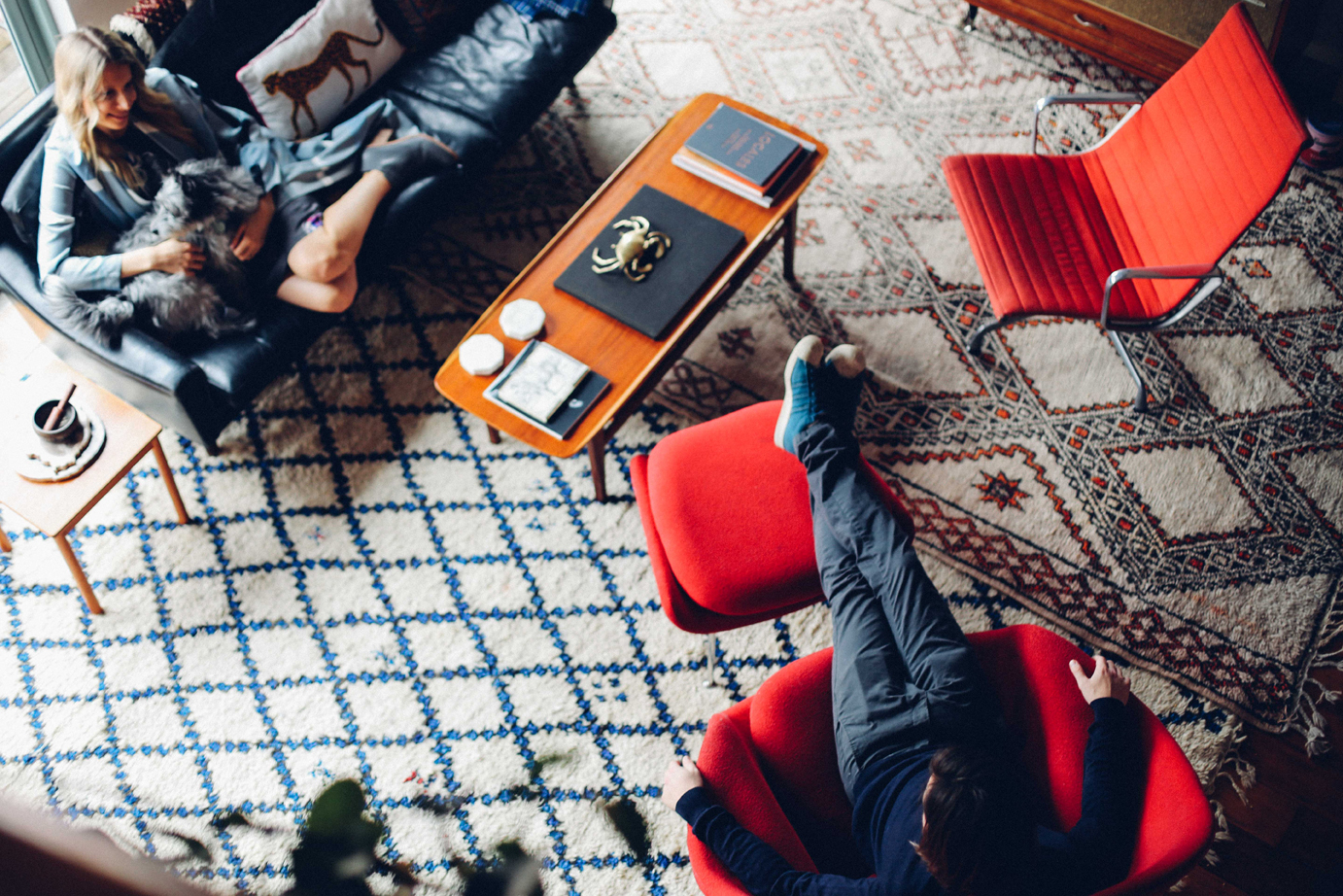 Have you had anything really strange that has inspired you?

T: This abandoned, creepy, moss covered abandoned hotel we stumbled on in Azores was pretty strange. Azores is half way between New York and Portugal and when staying there, our Airbnb host suggested we visit the abandoned hotel. We spent two days shooting it. K: The Salton Sea, near Palm Springs. It's this resort town set around a lake, but the lake dried up. The people who live there now are completely off the grid and it stinks of rotting fish. We went out there to document it and we got some great results but it was an adventure. We got chased by a junkie, our car got bogged, a man in a trailer set his dogs on us, we lost the front of our car and we only really got out because we could see Salvation Mountain and so knew which way to go.

Do you have a favourite location to shoot?

T: For me it's definitely Palm Springs; it's kind of my muse. K: Yes, Palm Springs is also my muse and then also any rugged mountain areas. T: There are places we have a good connection with but I don't know if we'd go back to keep shooting. 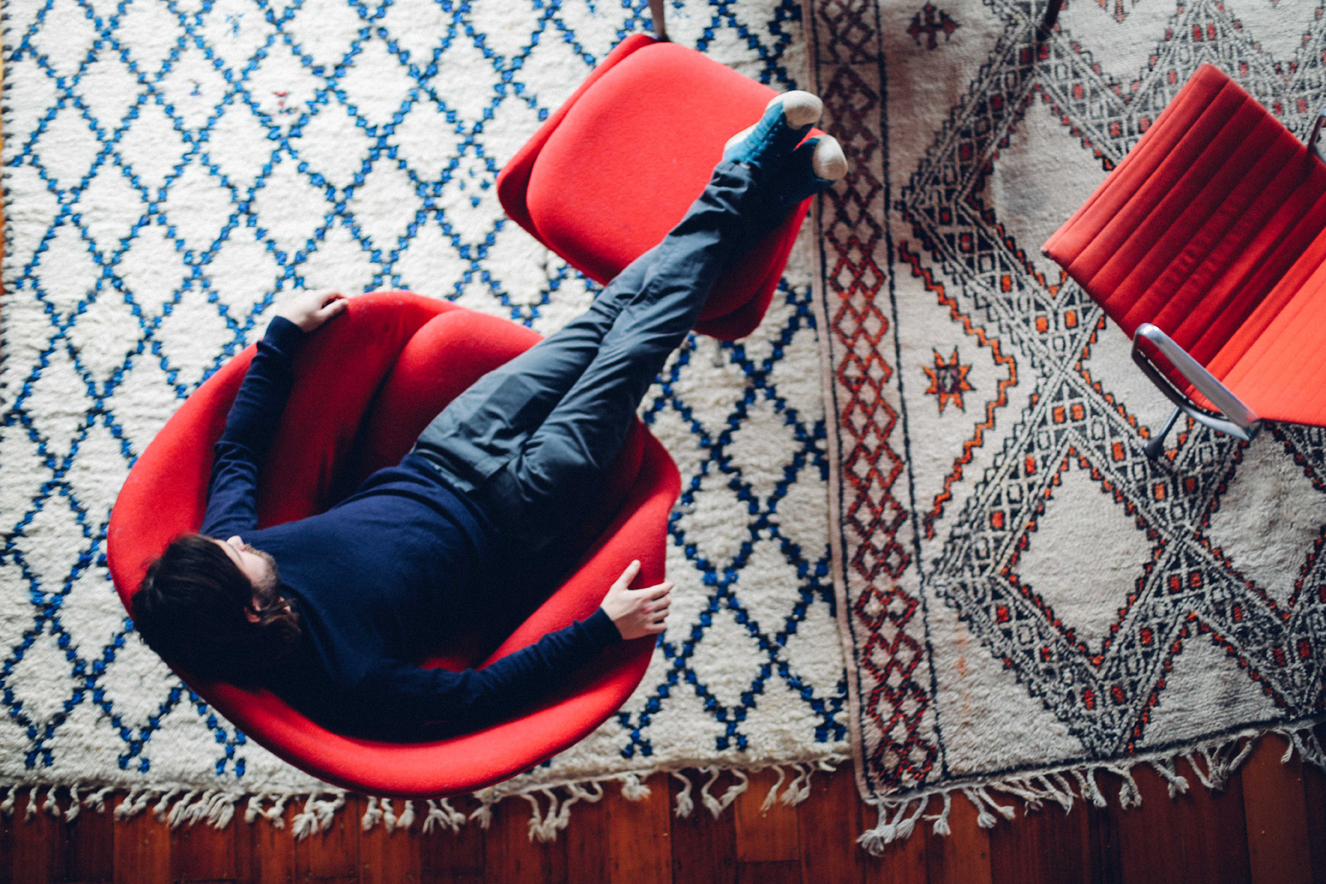 Tom, your Midnight Modern collection has had much acclaim, how did that idea come to be?

T: It was kind of a result of trying to shoot things differently I set out to shoot Palm Springs at night, but it was just by chance that it was a full moon and then I realized it could be an amazing light source and it turned out that no one had ever really done it before, which was surprising.

And I can see you have just signed a book deal congrats. Tell us about that. How did it happen?

T: Thanks! Powerhouse, a publisher in NY contacted me and they do a lot of photography and art books and we had a similar vision so I was like yeah, let's do it. We're hoping to launch it in Modernism Week in Palm Spring next February (2017).

Given your interest in Palm Springs, does mid century design influence your interior choices at home?

K: At this stage yes, it inspires our furniture and ornaments but one day we'd love to live in a mid century home. T: I'm pretty obsessed with that era. A reference for us is the Eames house which is mid century, but their house was more about collecting things from around the world that meant something to them.

Because you both work from home on occasion, what are some important elements in your living environment?

K: Lots of books, plants and natural light and staying warm in winter! 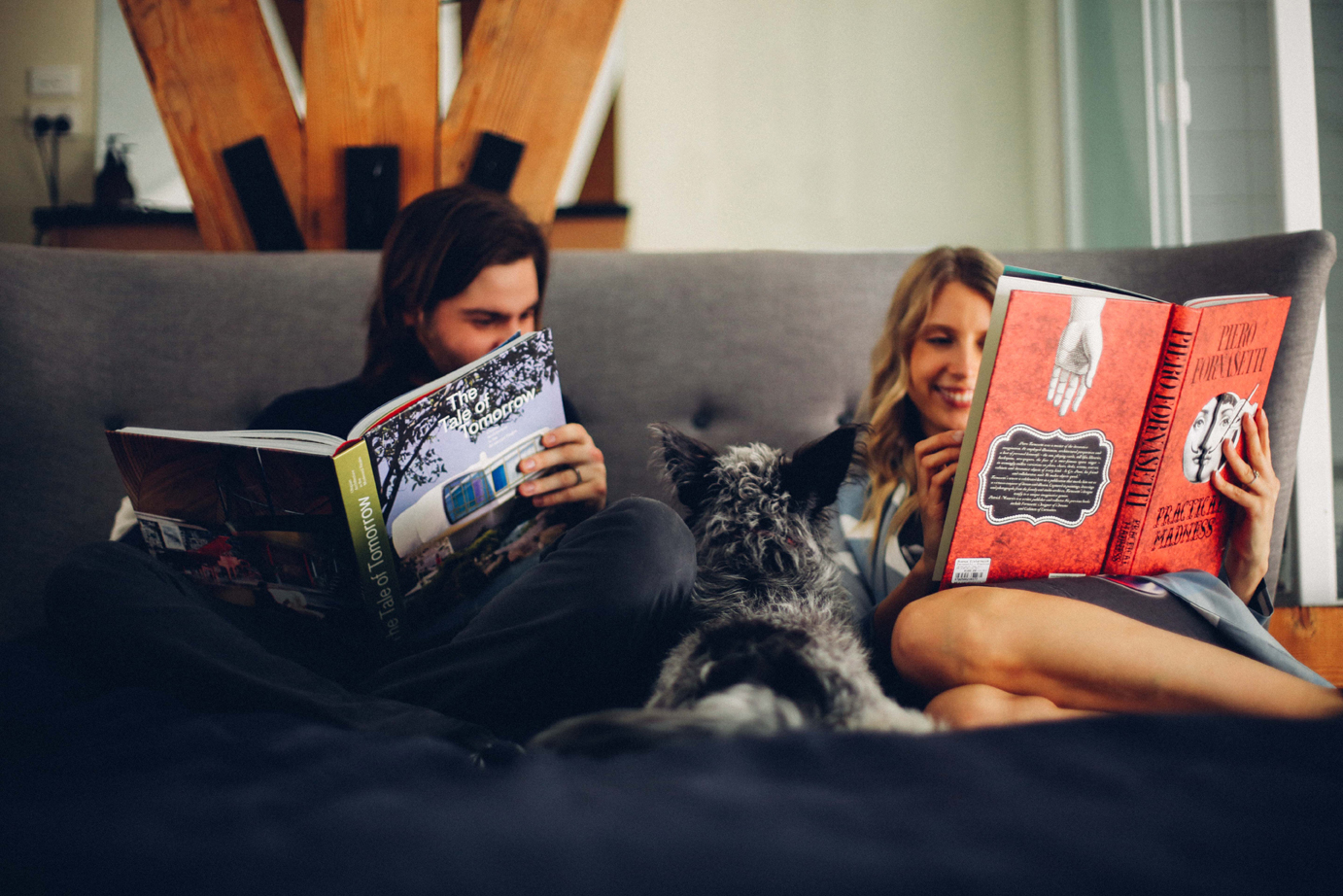 Day to day, what does life look like for you two? Are any day two days the same?

T: Every day is different. If I'm shooting I'm up and ready to go early. I tend to work better at night, so I'll run errands in the day and then do stuff for myself at night. Kate has a bit more of a routine you get up early. K: Yeah, I'll get up early and usually have a good structure on the days I'm not shooting. I don't want to waste any time - I'll be editing, reading, painting or drawing during the day but I probably work better in the day.

Do you have any before-bed or bedtime rituals?

K: Kindle. T: Yep, to read. We're trying to do no smart phones in bed. K: We have a projector too, so we try to watch a lot of films: art house, documentaries or films we haven't seen yet. And a bath, we'll have our meetings in the bath. T: Yeah, when we have important decisions to make we'll discuss in the bath. It's our boardroom. Name 3 items you can't live without. Tom:

And what kind of projects and trips are on your agenda for this year?

K: I've got two series from Patagonia (South of Argentina and Chile) and they're ready to go so I want to exhibit them later this year. See more of Kate and Tom's work here:

Words by Elisha Kennedy Written by Rashida Jones and Will McCormack and directed by Lee Toland Krieger, Celeste and Jesse Forever is a film about m...

Words & Images by Christopher English Ibiza invokes a mixed bag of reactions depending on to whom you speak - clubbing mecca to some, naff part...