Ironically, as somebody who spends much of her working life developing recipes, I have a blatant disregard for following anything that resembles an actual recipe. Cooking porridge is one of those activities (like swimming, painting, taking photographs, having sex or being interviewed for a job) that consistently yield the best results when guided by intuition, as opposed to exact advice. Does your porridge look a bit dry? Add a touch more liquid. Is it taking longer to cook than you thought? Leave it on the heat for a bit longer. If you're like me and have the attention span of a toddler / are easily led astray by bossy directions but still want a good breakfast, this is the guide for you. Here's how to make a good bowl of porridge. Sans recipe. Sans microwave. Sans paper packet of maple-flavoured flour. 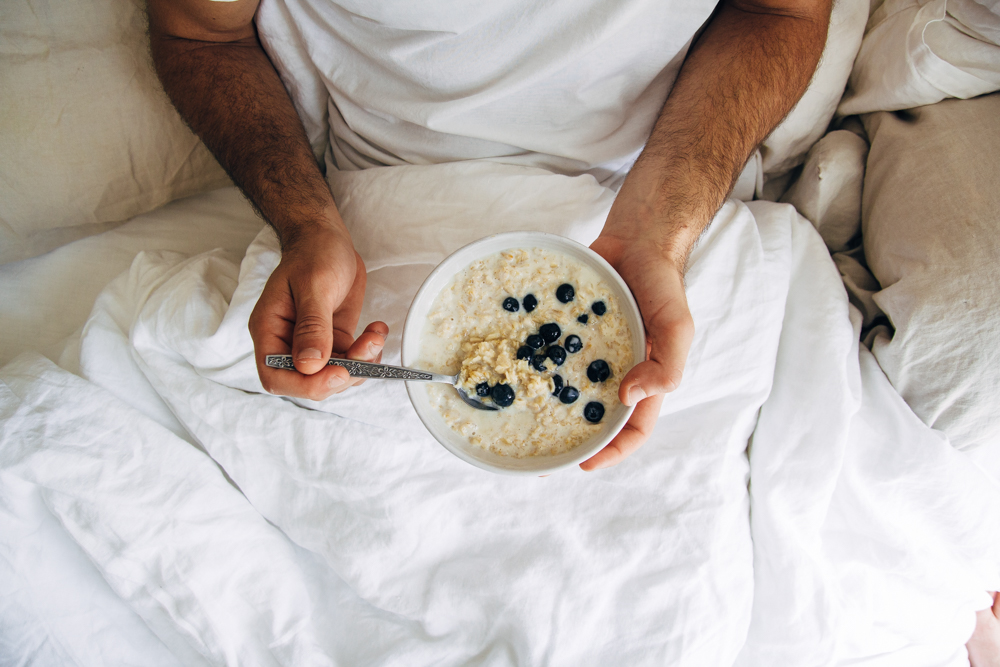 *Packets of 'quick-cook' sawdust need not apply. You're after the traditional rolled oat variety. Unflavoured. Uncut.

**Full cream. Those who stray from dairy feel free to use all almond milk or whatever it is you use, instead of water, as your milk is already basically water anyway. No judgement.

Absolutely crucial but not to be taken too seriously. An all-milk porridge will leave you needing a nap before morning tea. A no-milk porridge will be reminiscent of a childhood spent in an orphanage. You're after a perfect strike between the two. Like a fun orphanage that lets you take naps.

That's a two to one ratio of liquid to oat for you kids playing at home.

The above will basically make enough porridge for two people with regular appetites / three infants / one person (not naming names but it's me who lies to herself and pretends to make extra for later but then makes continuous trips back to the saucepan for extra dollops. Whatevr.)

Honey and oats have a natural affinity for each other and I have a fairly healthy distrust for people who try to sabotage this relationship. However if you really don't like honey I won't judge you.**** If you're a vegan or a billionaire feel free to sub in some really good maple syrup. Golden syrup is also a totally badass choice reminiscent of crumpets and I will respect you if you so choose that path. Brown sugar is okay, and coconut sugar is basically just the #fitspo version of that and both will give you those glorious caramel notes that mingle nicely with porridge. White sugar is boring and basic and not really what we're after here but I'll do in a pinch. If you're of the agave or rice-malt-syrup persuasion I don't really have anything to say to you or know where to go from here.

Anyway, don't measure, just add spoonfuls at a time, taste as you go, and gauge how much you need.

****I will absolutely judge you

Salt your porridge. This is not a serving suggestion but a completely and utterly unbreakable rule. A little pinch of that really good flaky sea salt will make your porridge shine and explode with deliciousness and bring all the flavours of your honey (because you chose honey) out.

Omit at your peril / if you have no taste buds. A dash of each, to taste.

So basically you're going to dump the milk, water and oats in a saucepan and turn the heat onto medium. Then when it starts to bubble turn it waaaay down. Like simmer it. I love a good sturdy twenty minutes of gentle stirring because I've got too much time on my hands and find a strange calming sensation in monotonous spoon twirling.

Add splashes of more liquid if you feel like it. When your porridge is at a consistency you're happy with, stir in a pinch of salt per person, your honey (because remember you chose honey) and your vanilla. Top with cinnamon, more honey, and sporadic splashes of milk as you eat. If i'm feeling wild or my invoices have been paid on time, I throw on some blueberries and walnuts too. 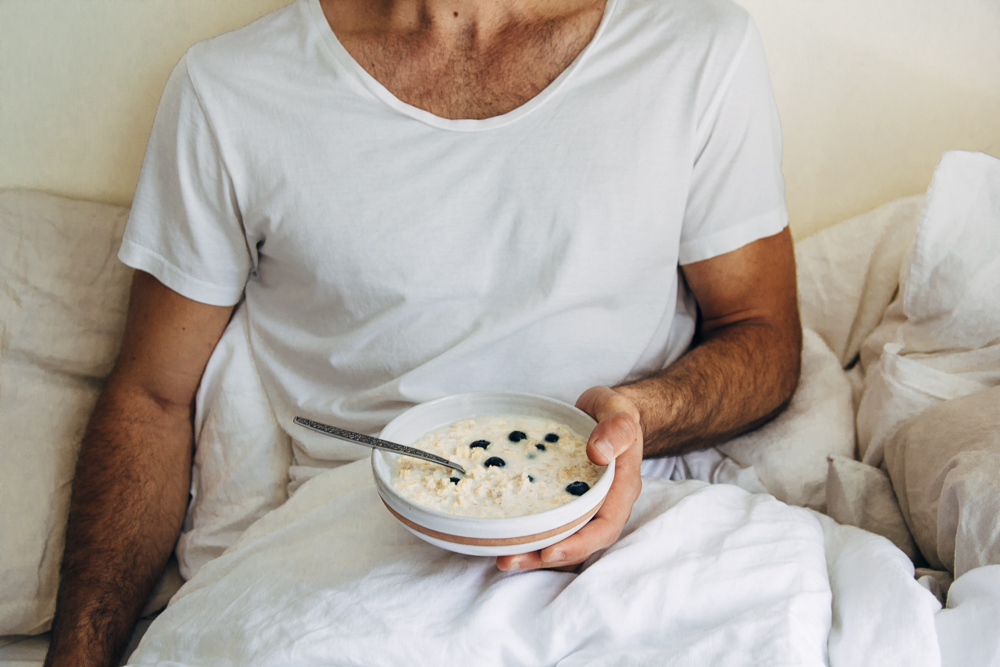 Not IN BED: Copenhagen

Words & Images by David Prior Forget the little Mermaid, in the Danish capital modern design and dining are the principle attractions. For dec...

Images by Zio Baritaux   Who are you? I’m Zio Baritaux. Where are you from? I´m from Los Angeles, but moved to Europe some time ago. I used to have...