Celebrate our new Organic Cotton. Receive a complimentary set of pillowslips when you purchase a cotton duvet or sheet set

Words by Emma Do

Phoebe Munro and Josh Robenstone are the modern creative couple you aspire to be. If they're not relaxing in their Studley Park home, they're likely road tripping across far-flung destinations. Travel is an essential part of their jobs Phoebe heads up the homewares business Pan After, which specialises in African handicrafts, while Josh is a photographer who balances journalistic commissions with art projects. 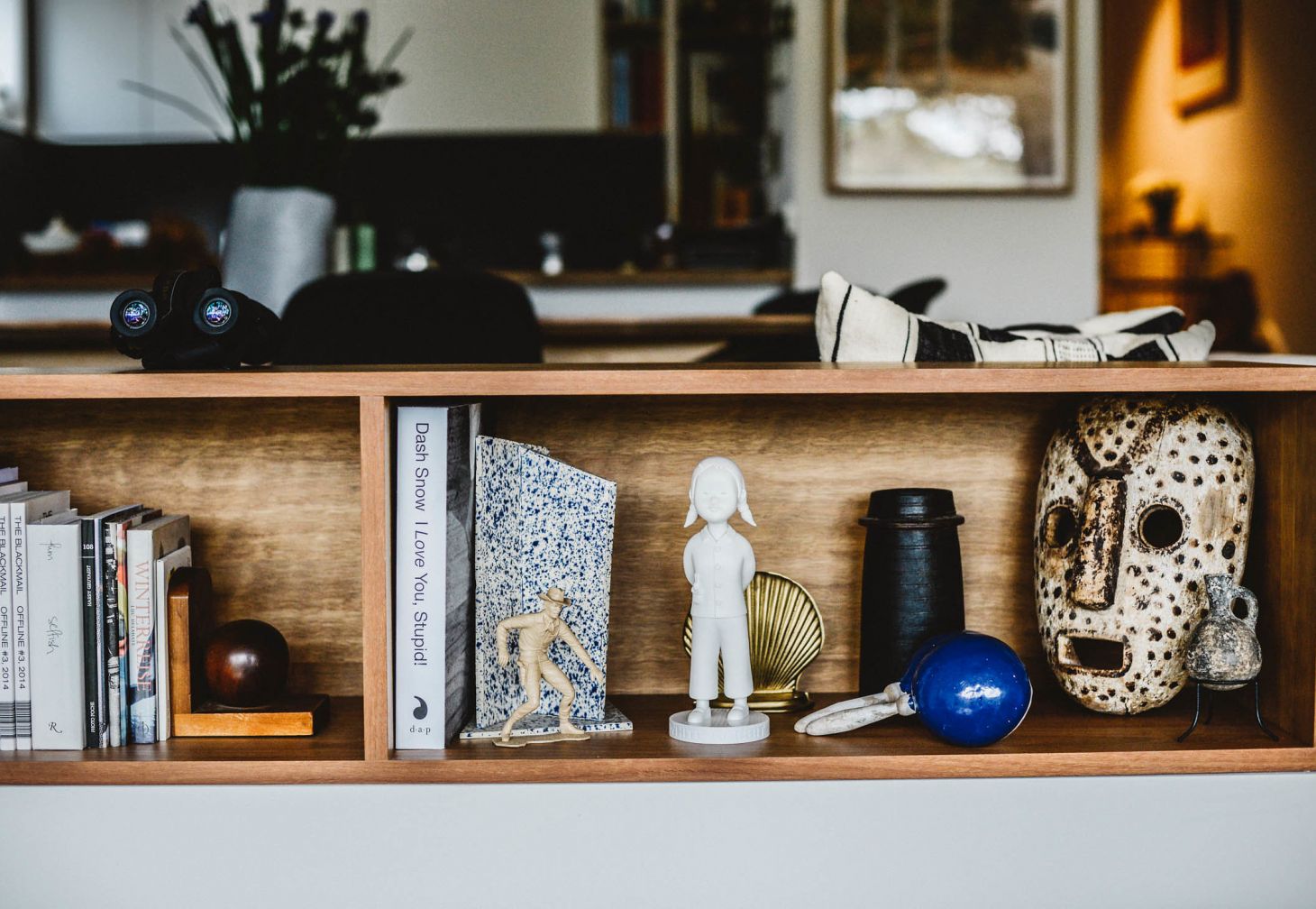 Phoebe, what inspired you to set up your homewares store?

In the beginning travel was the biggest inspiration. Travelling in Africa and seeing the work produced there was the beginning of an idea to open up a small store in Melbourne. I began sourcing and selling products I found on my travels and it grew from there. Having a creative business allows for so much freedom and [gives] a new purpose to keep on travelling that was a big motivation. Now building relationships with community projects, artists and small-production suppliers, and being able to support their work is something that has steered the business. 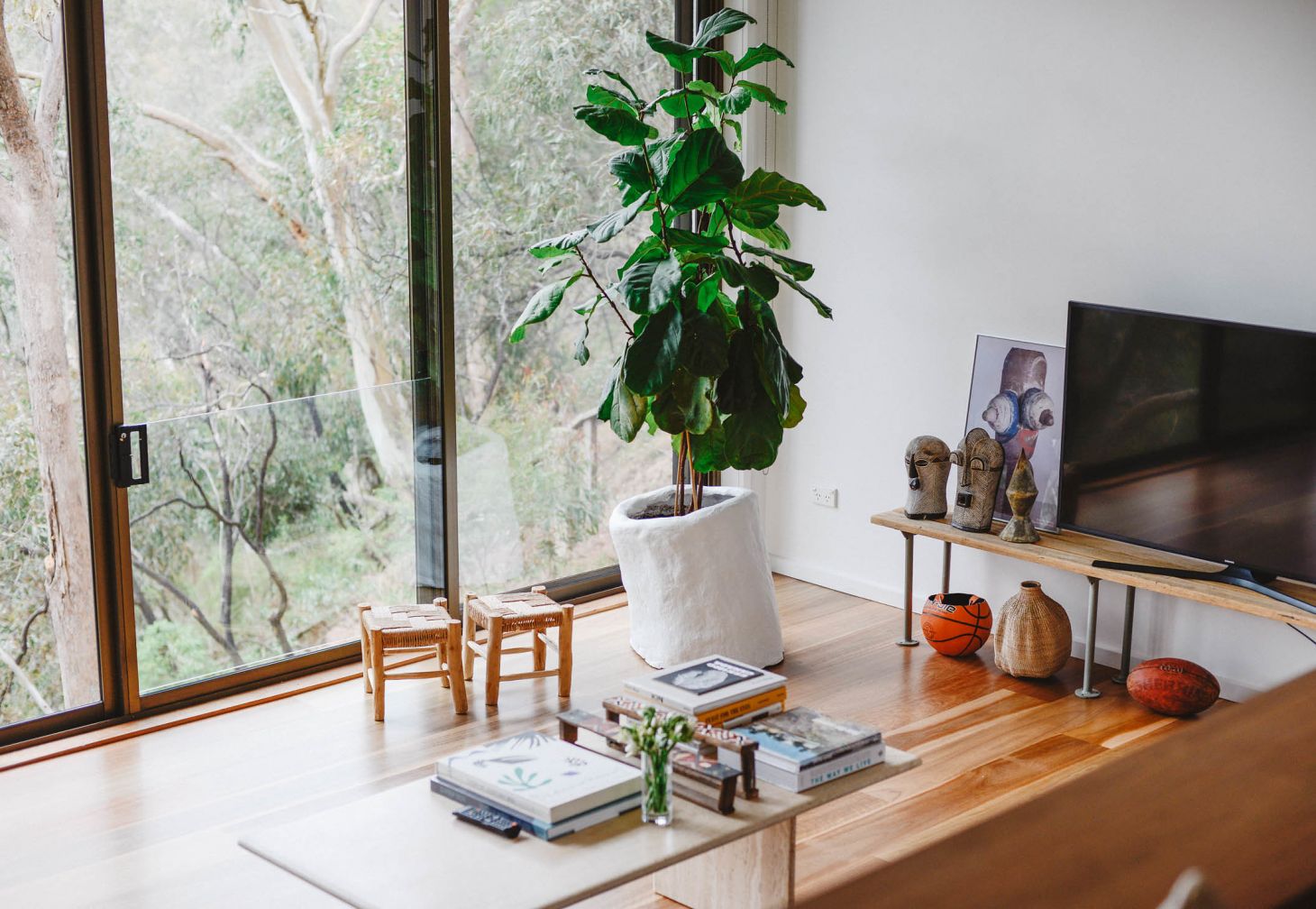 Having a creative business allows for so much freedom and [gives] a new purpose to keep on travelling __ that was a big motivation. Now building relationships with community projects, artists and small-production suppliers, and being able to support their work is something that has steered the business. 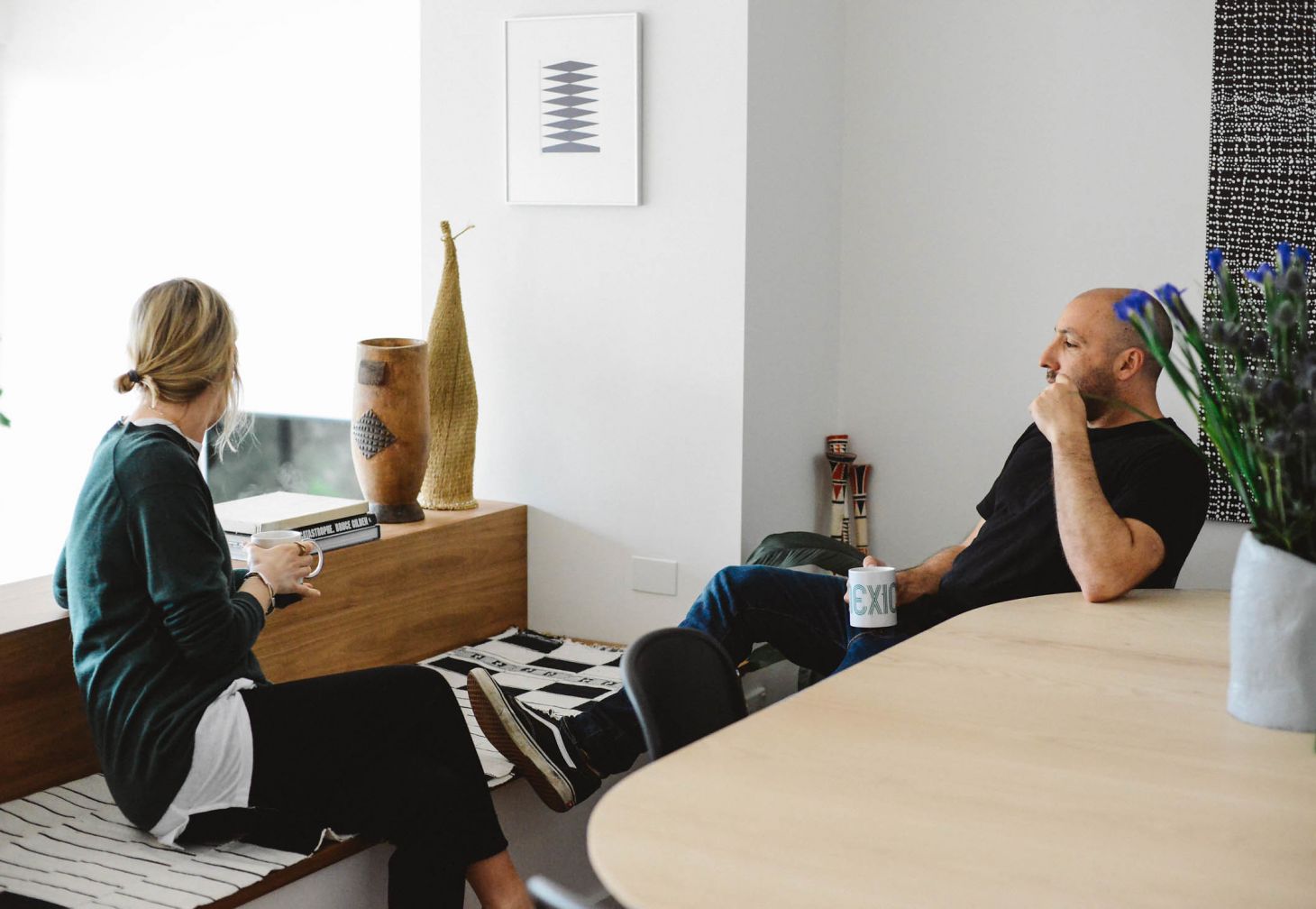 Josh, what drew you to photography?

I first became interested in photography as a kid using my dad's old Nikon camera and looking at my uncle's photography collection of all the masters such as Henri Cartier-Bresson, Man Ray and Brassai. After high school I went and studied photography and the next thing I knew, I was working. I realised then that I could make a career out of it. These days it's a balance between work and art, because I can't have one without the other. 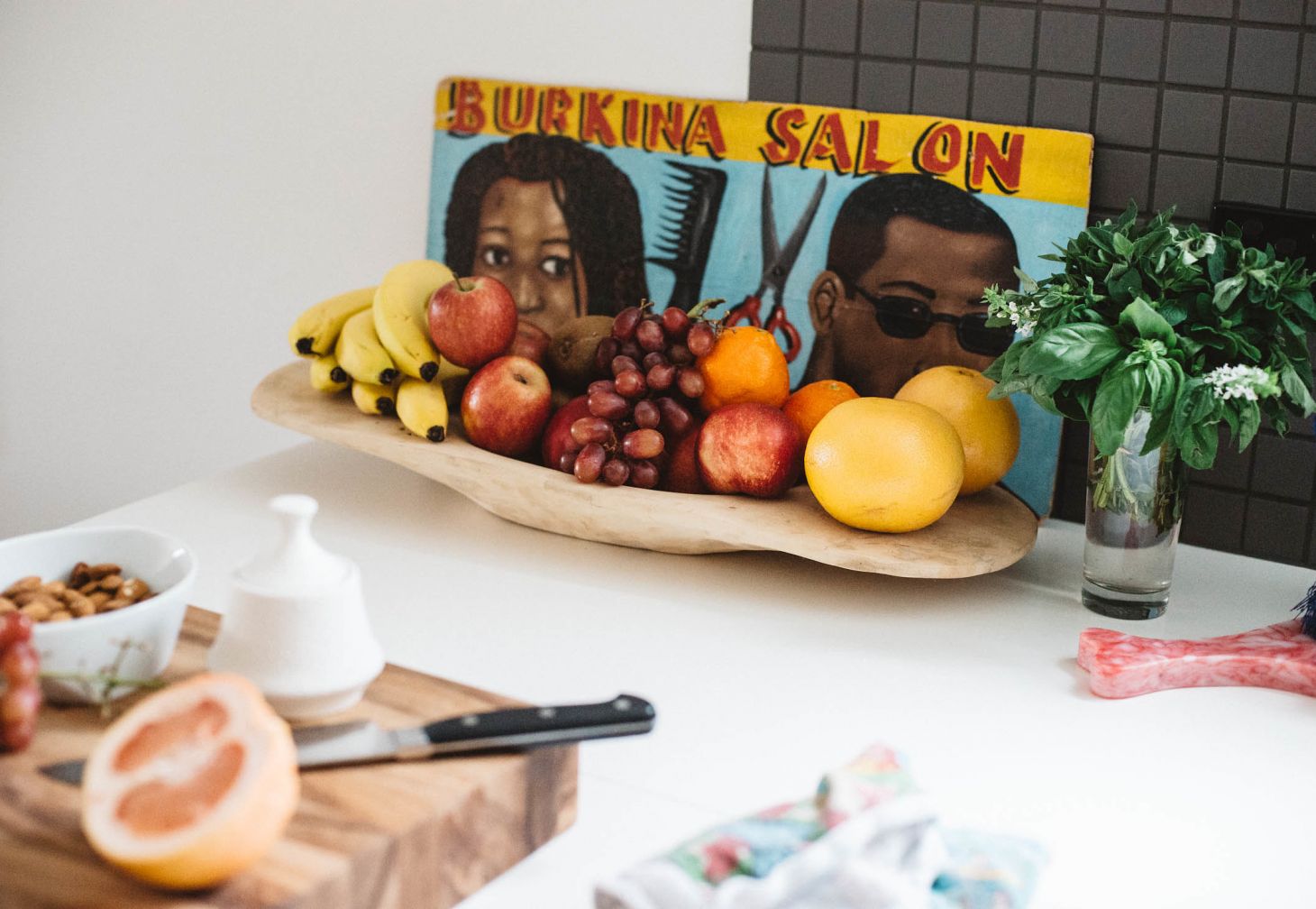 What are some current projects you're excited about that you can share with us?

[P] Pan After opening its new retail store in Collingwood back in December. Over the past 18 months we haven't had a storefront and have just been retailing online and focusing on wholesale, so we're excited about the new retail space. It will showcase our full range and some exciting collaborations we've been working on. [J] I made my first book, Basta! a few years ago and I'm currently working on another project that has been shot in Los Angeles over the last 6 years or so. I'm looking forward to getting back there to finish it off and will hopefully turn it into another book. In the meantime I'm going to be showing some of the work in Melbourne, so stay tuned! 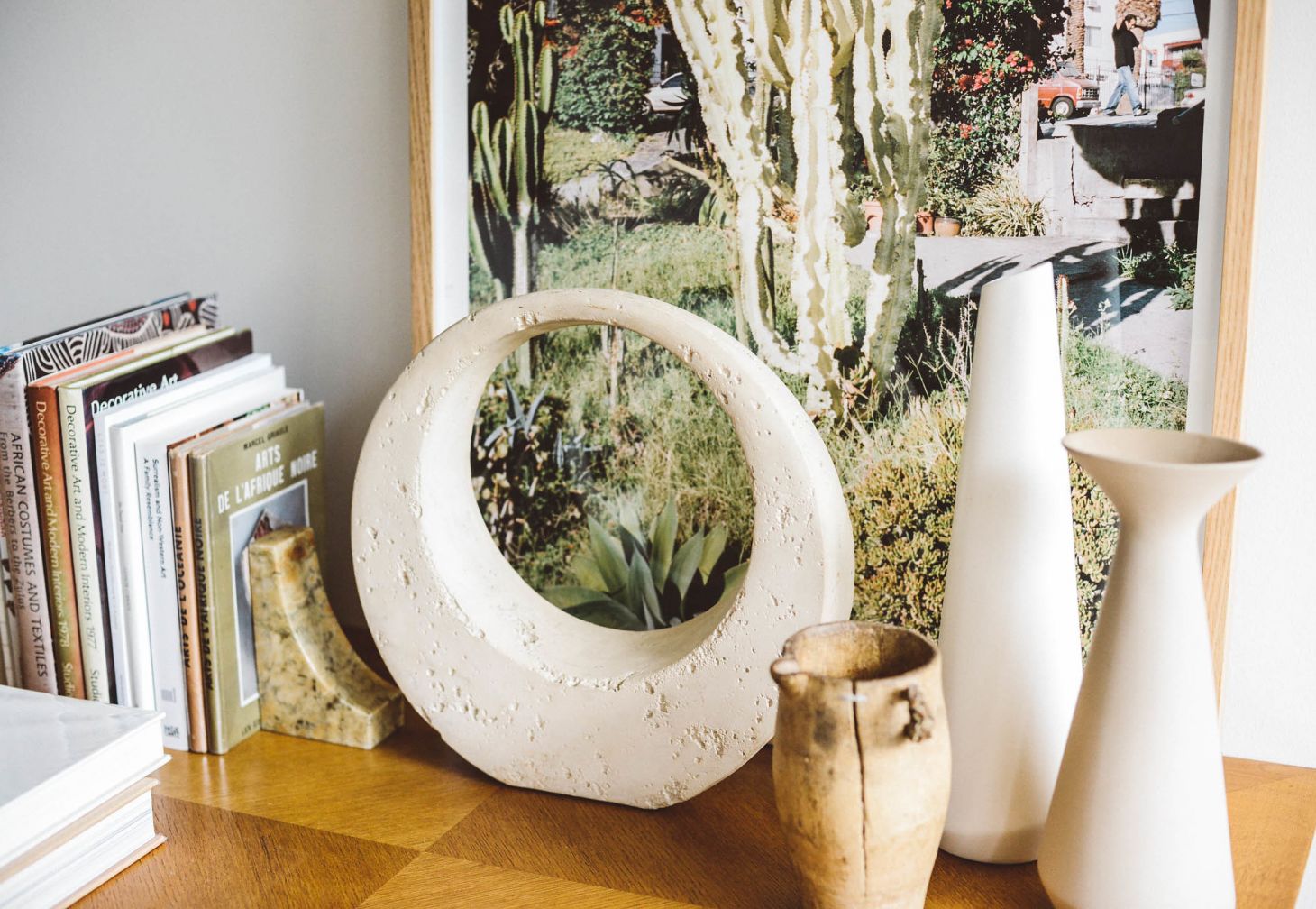 You both travel a fair bit for work. What are some of your favourite destinations and why?

[P] I think if we went to any city or small village in the world I would end up sourcing products and Josh would end up taking photos. Our road trip across Namibia a few years ago was a highlight and stays with us. While we were in Africa (for Pan After) Josh was lucky enough to land a job shooting a magazine feature on Rwanda. Travelling there was incredible and a bonus chance to explore a new country in Africa. 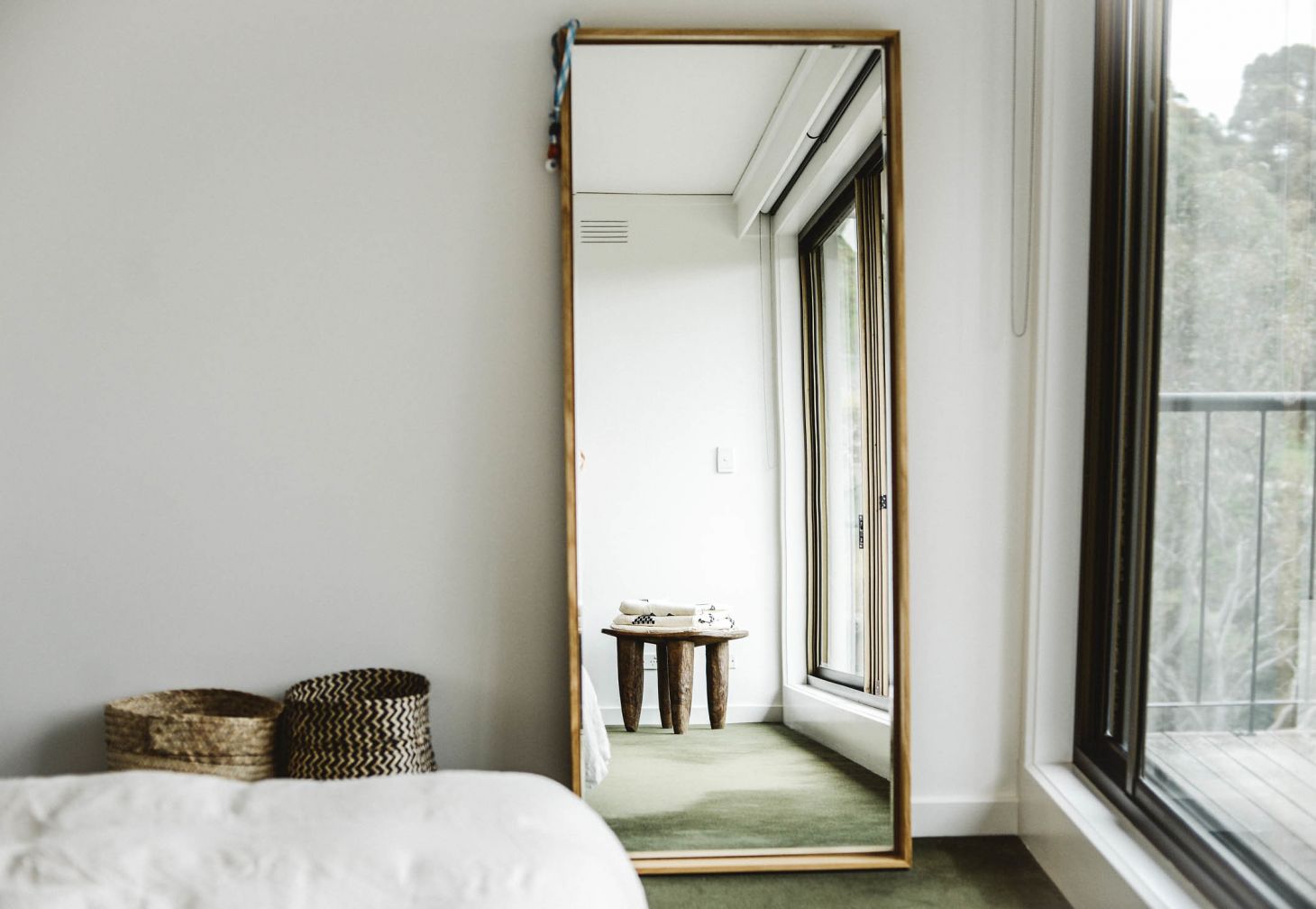 What's your favourite thing about living in Studley Park?

[P] The location. Being so close to the river and amongst nature is so special. At the same time being so close to the inner city just tops it off, we couldn't imagine a better spot. We have the most beautiful native birdlife and wildlife outside our windows. Every time we come home it's a total escape from the hustle and bustle of Melbourne. 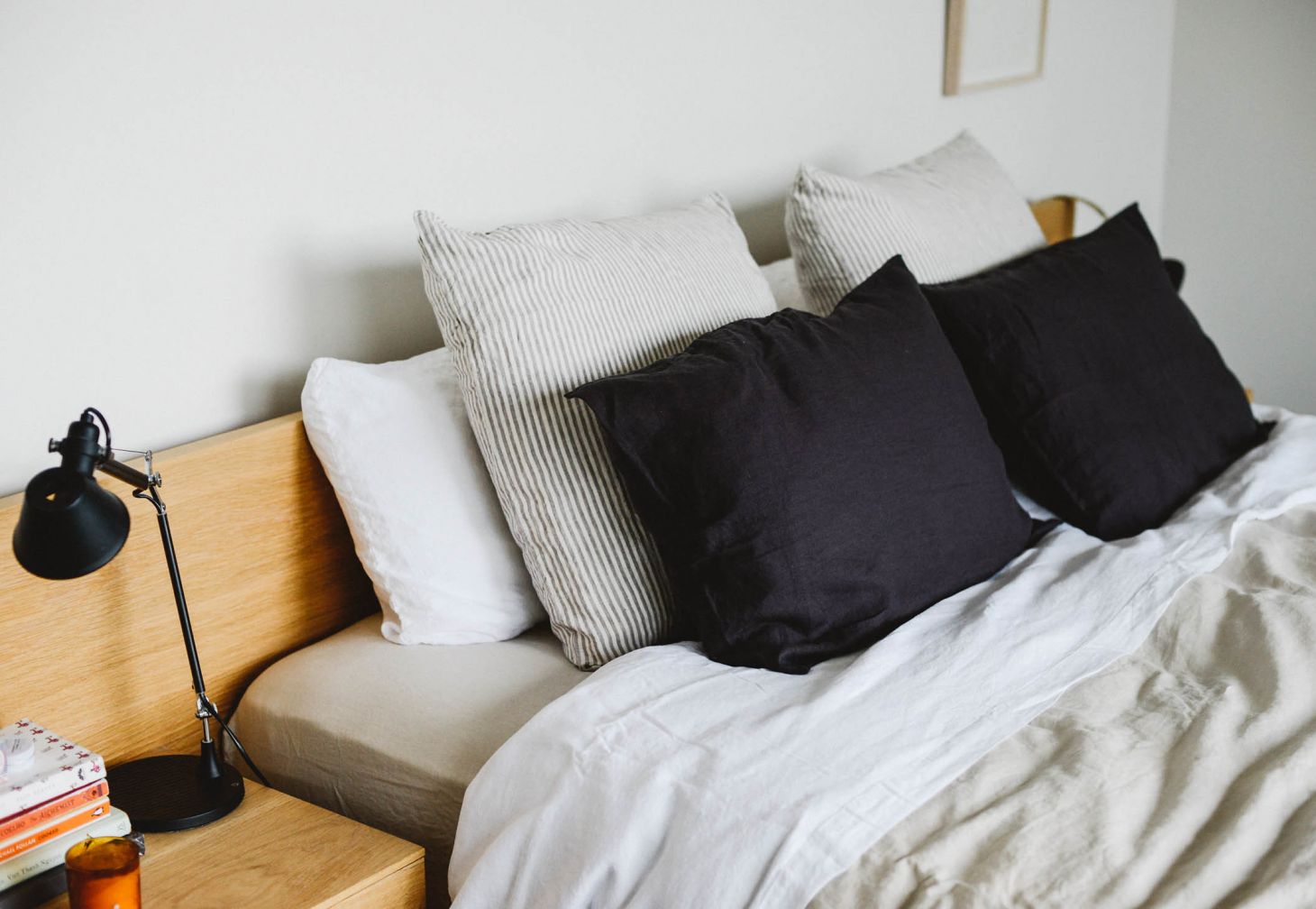 How do you both like to unwind from a stressful day?

[P] We often do some exercise, whether it's a walk, run or yoga that's if we're not too tired. We both love to cook and have friends over to cook for. We find it's a good way to take our minds off the day. Because we both work for ourselves we are pretty strict about not working late each night. We make sure we switch off and enjoy the evenings. 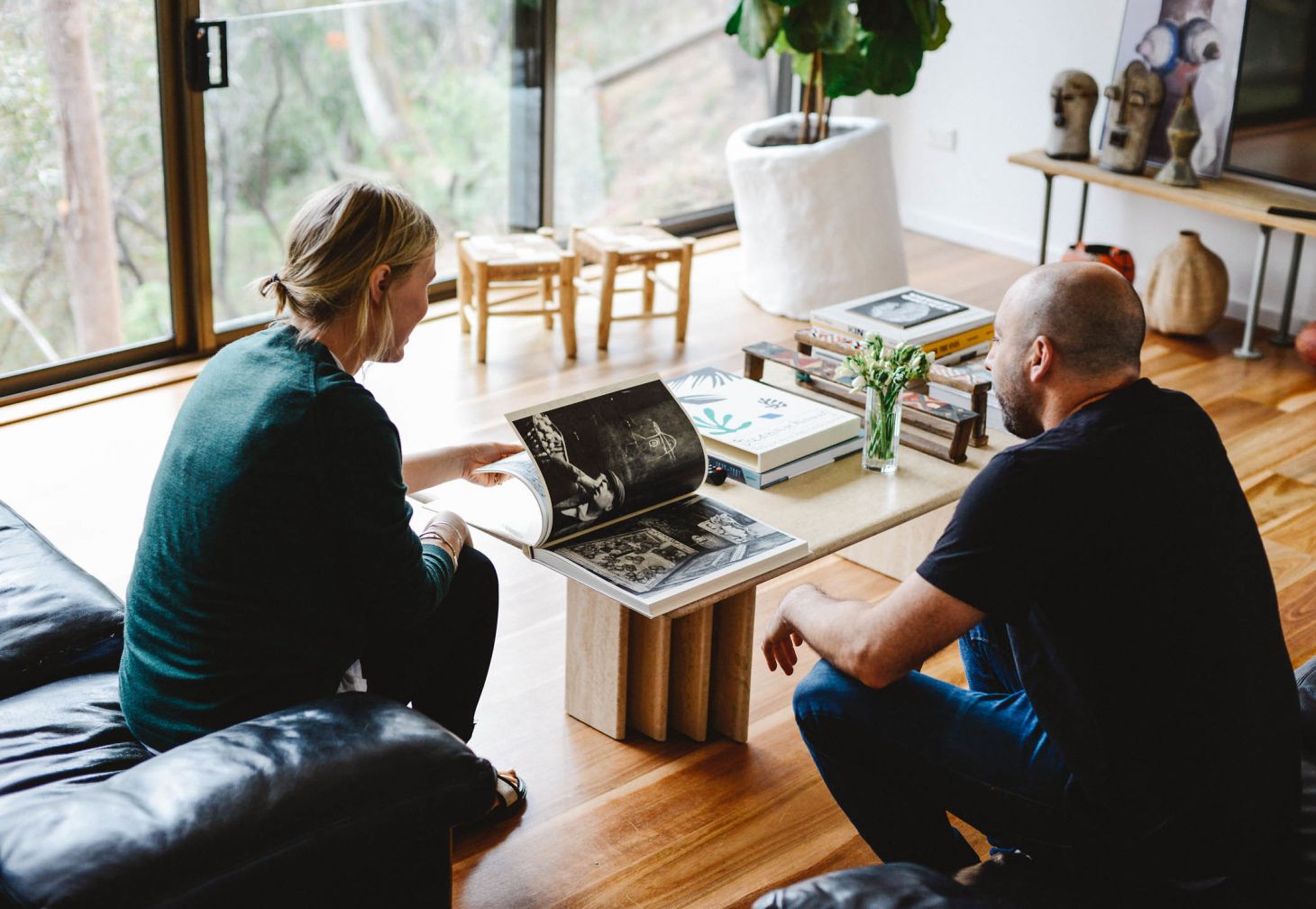 Tell us about the moment you first met each other.

[P] We randomly met each other through a close friend at a cafe one day and then we kept on seeing each other every few months or so for the next year until we realised we had even more friends in common and all these funny connections. After another chance meeting a couple of weeks later we made sure it wasn't going to be another three months before we saw each other again and that was it! 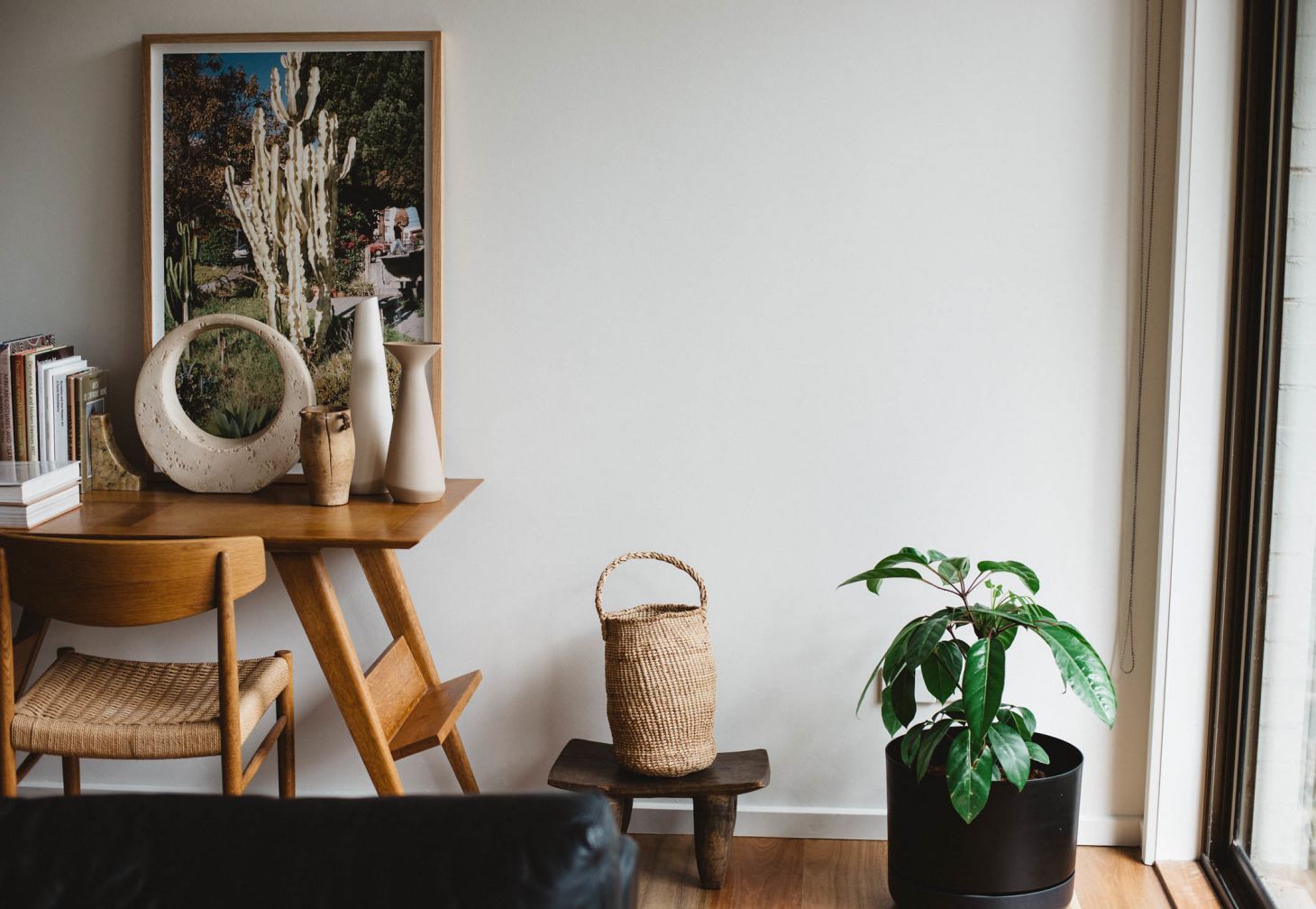 How did you approach decorating your home to reflect the both of you?

[P] Our approach is not overly thought out, it's considered but relaxed. We think it's important to be patient with a space the best spaces evolve over time. Most of everything we own has a story or memory attached so the pieces are more than just decoration. I already had a collection of objects and furniture from over the years and Josh has lots of beautiful prints and books. We have similar taste so it all mixes in pretty well. We use what we have and slowly accumulate what we need as we find it. 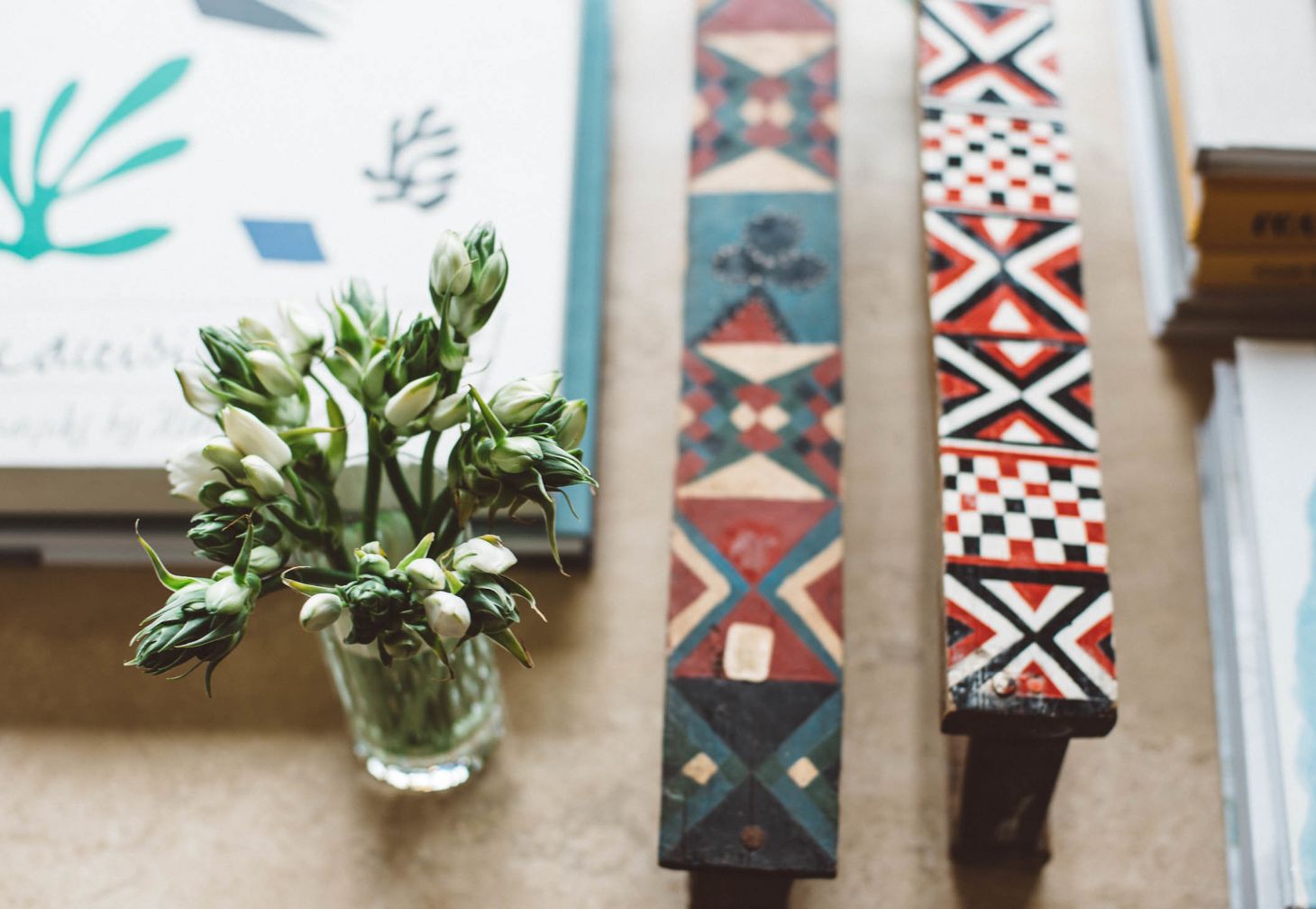 Our approach is not overly thought out, it's considered but relaxed. We think it's important to be patient with a space the best spaces evolve over time. Most of everything we own has a story or memory attached so the pieces are more than just decoration. 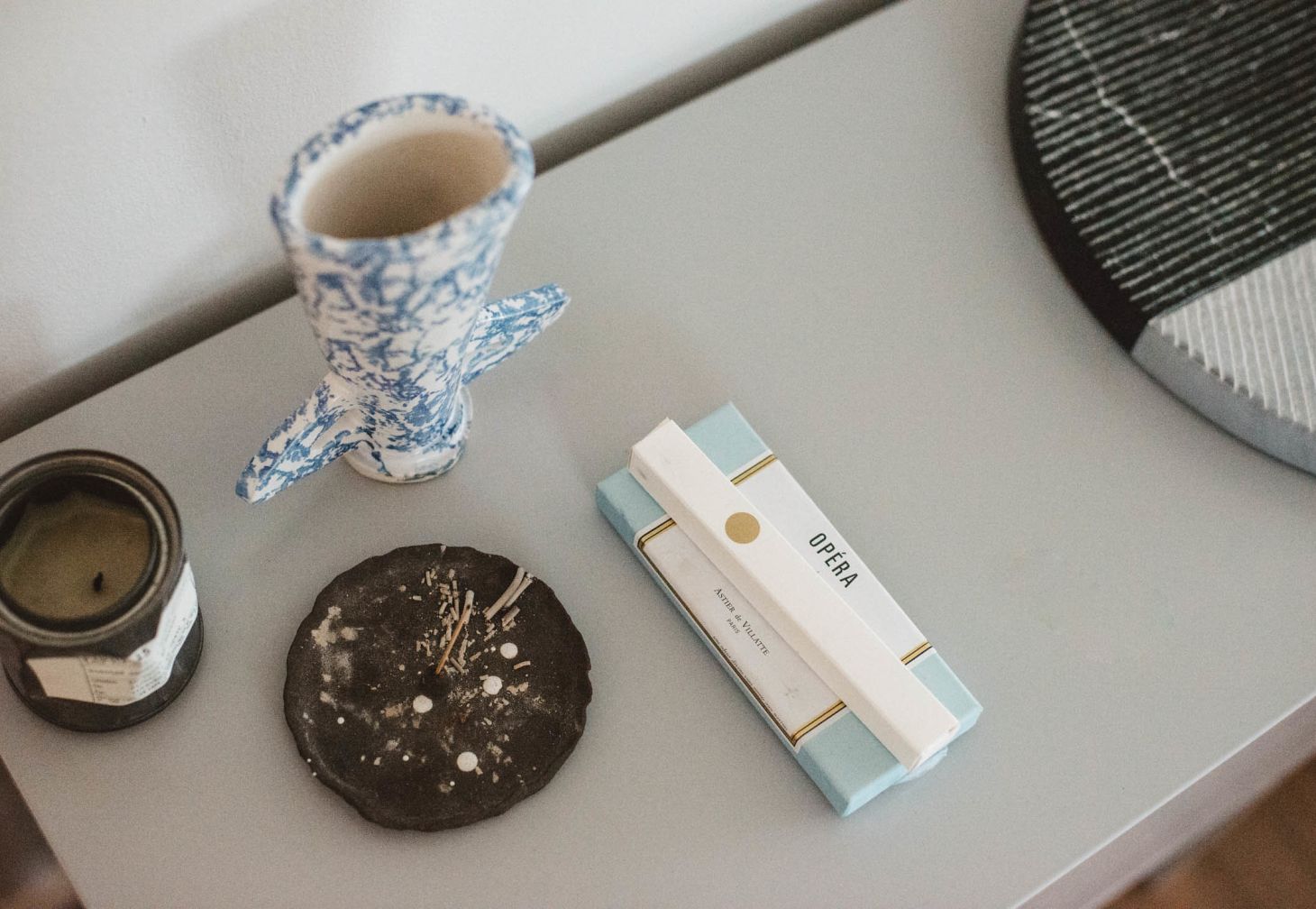 [P] On slow mornings we go for a walk along the river and then usually cook a nice big breakfast. If the weather's nice, we'll sit on the deck amongst the trees, read the paper and chat. If it's a super rushed morning it's a quick bite to eat and out the door. 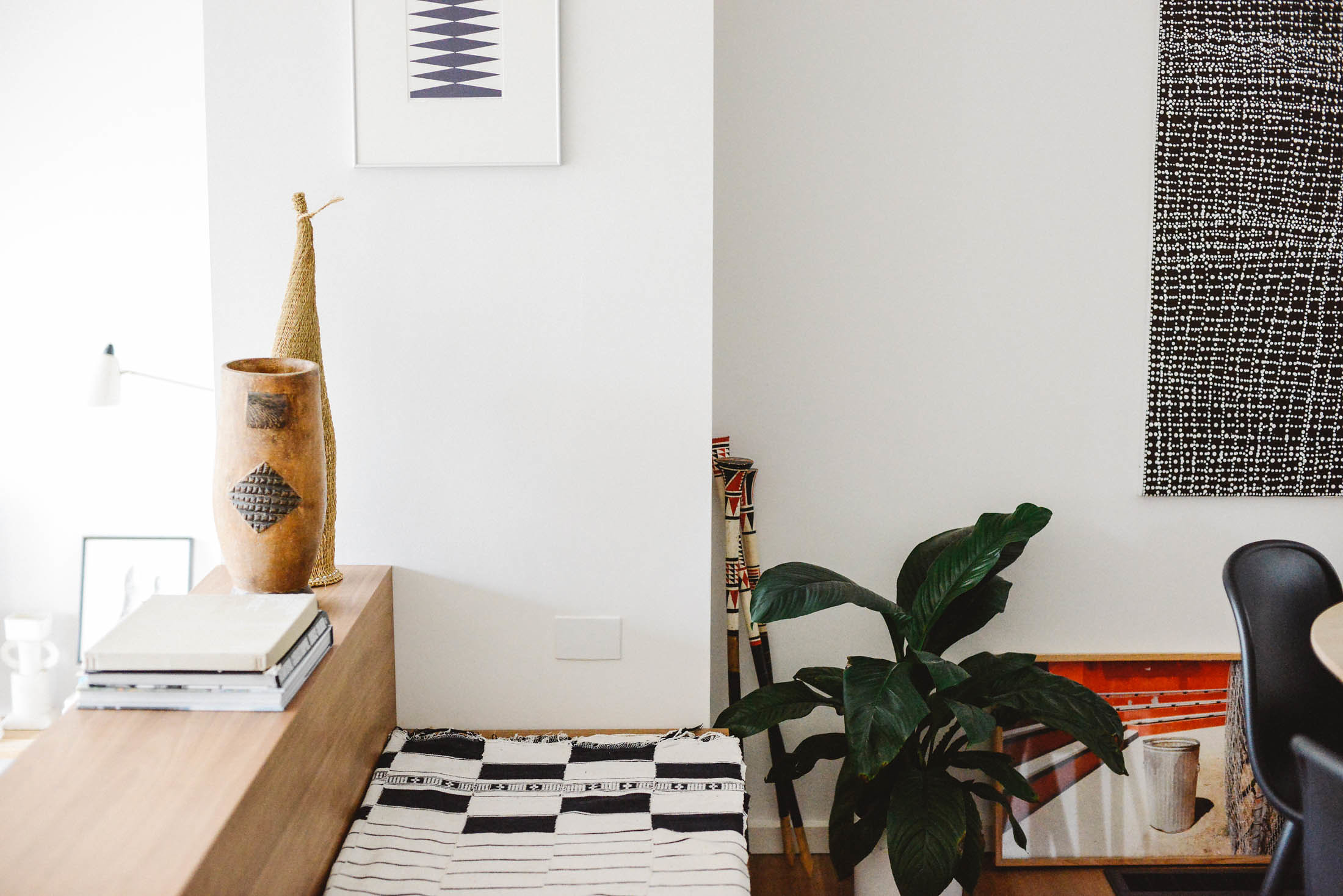 [P] We always go to bed at the same time and often watch something on the laptop. We keep telling each other we should be reading instead of looking at the screen but it's hard when there is so much good stuff to watch. I have a thing about facial creams and oils at night it's the one routine I stick to.

We visit Marissa Maximo of Anaak in her Philadelphia apartment, where we find her cooking up a feast with farmer's market bounty and finishing the ...