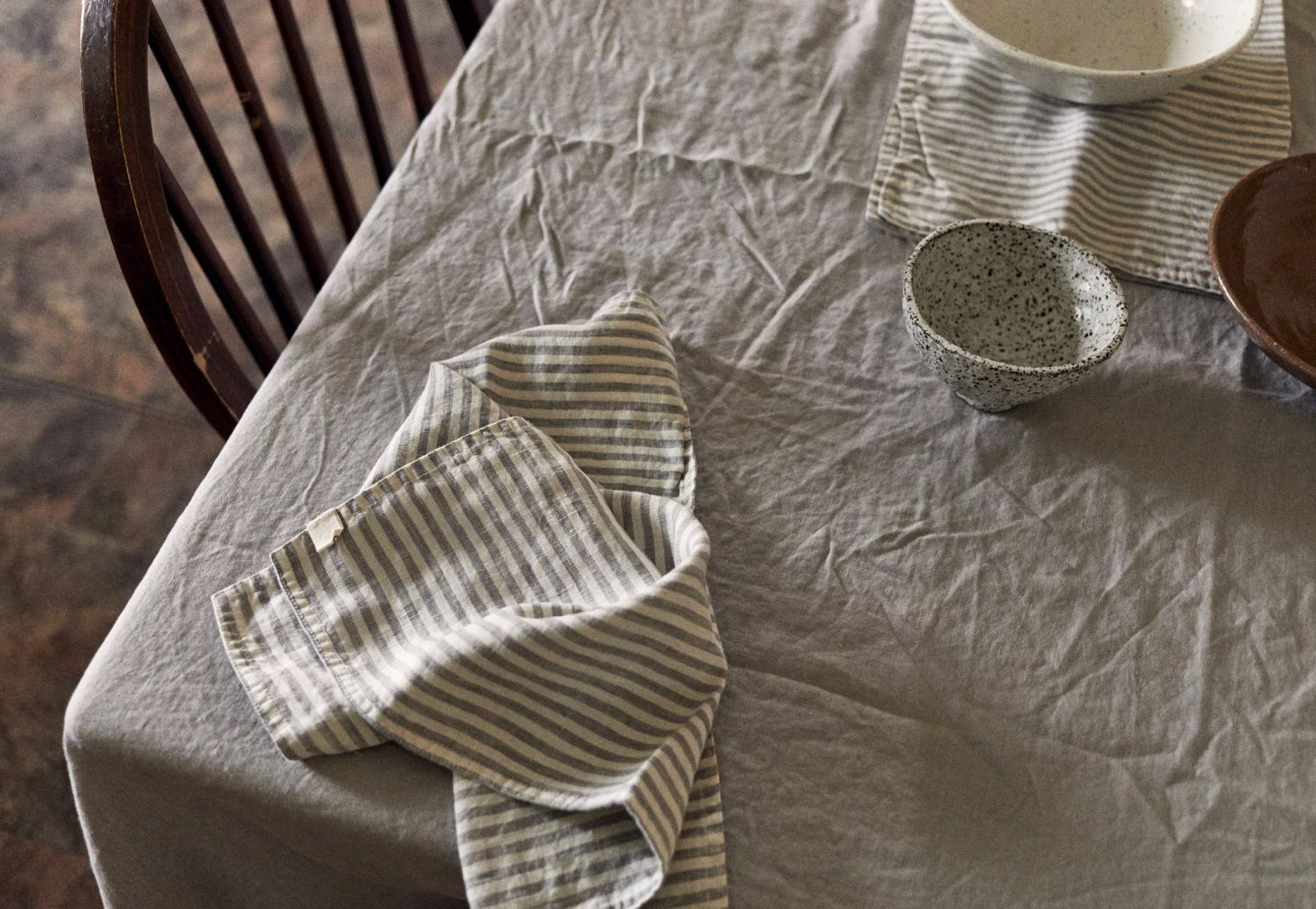 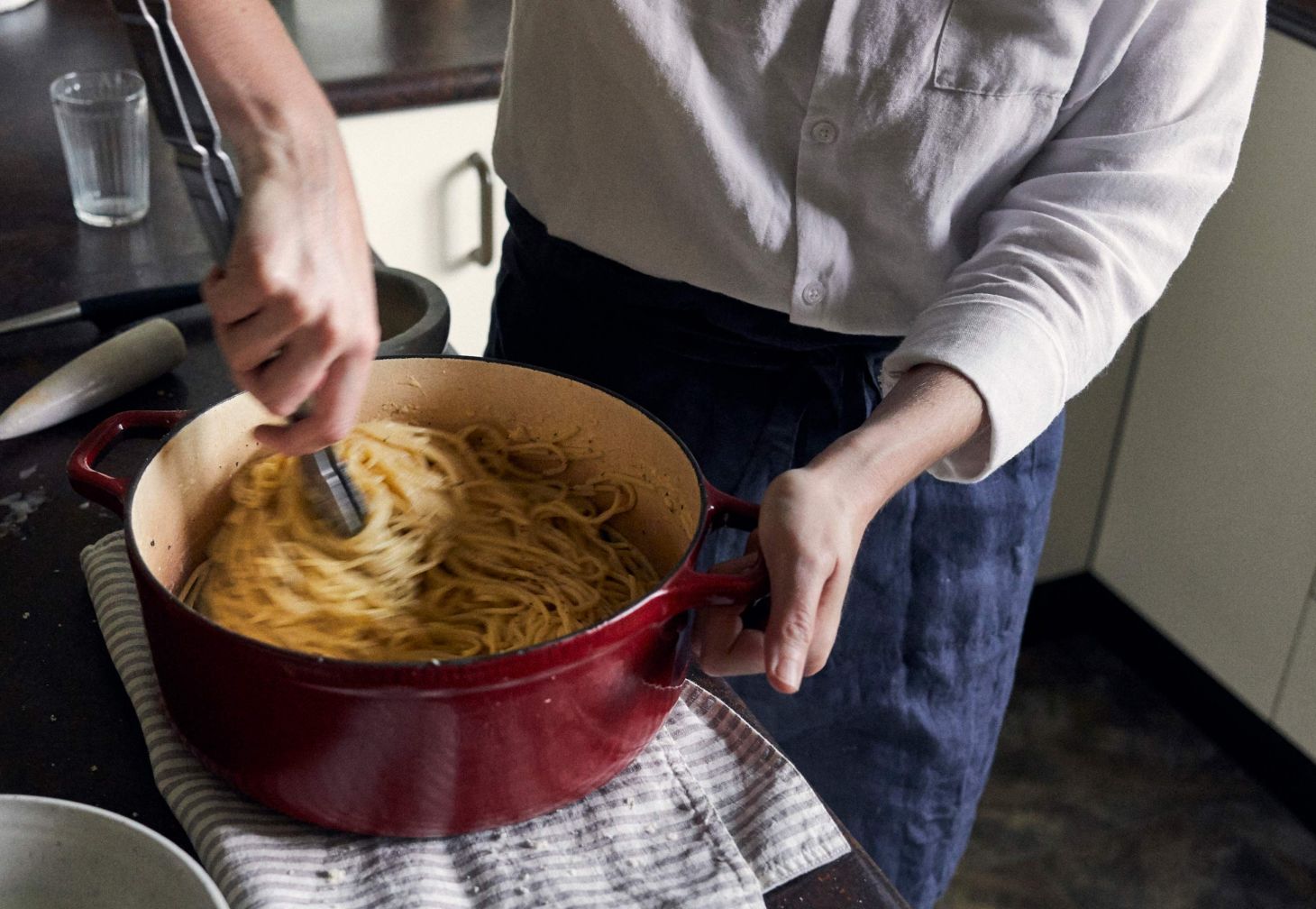 For ceramicist Tara Burke, known affectionately as her Instagram handle @taracarbonara, pasta is life. "It's just so humble," she says. "Flour and egg or water. It's versatile and quick. It can be a healthy meal or an indulgence. And it always leaves you full and happy." 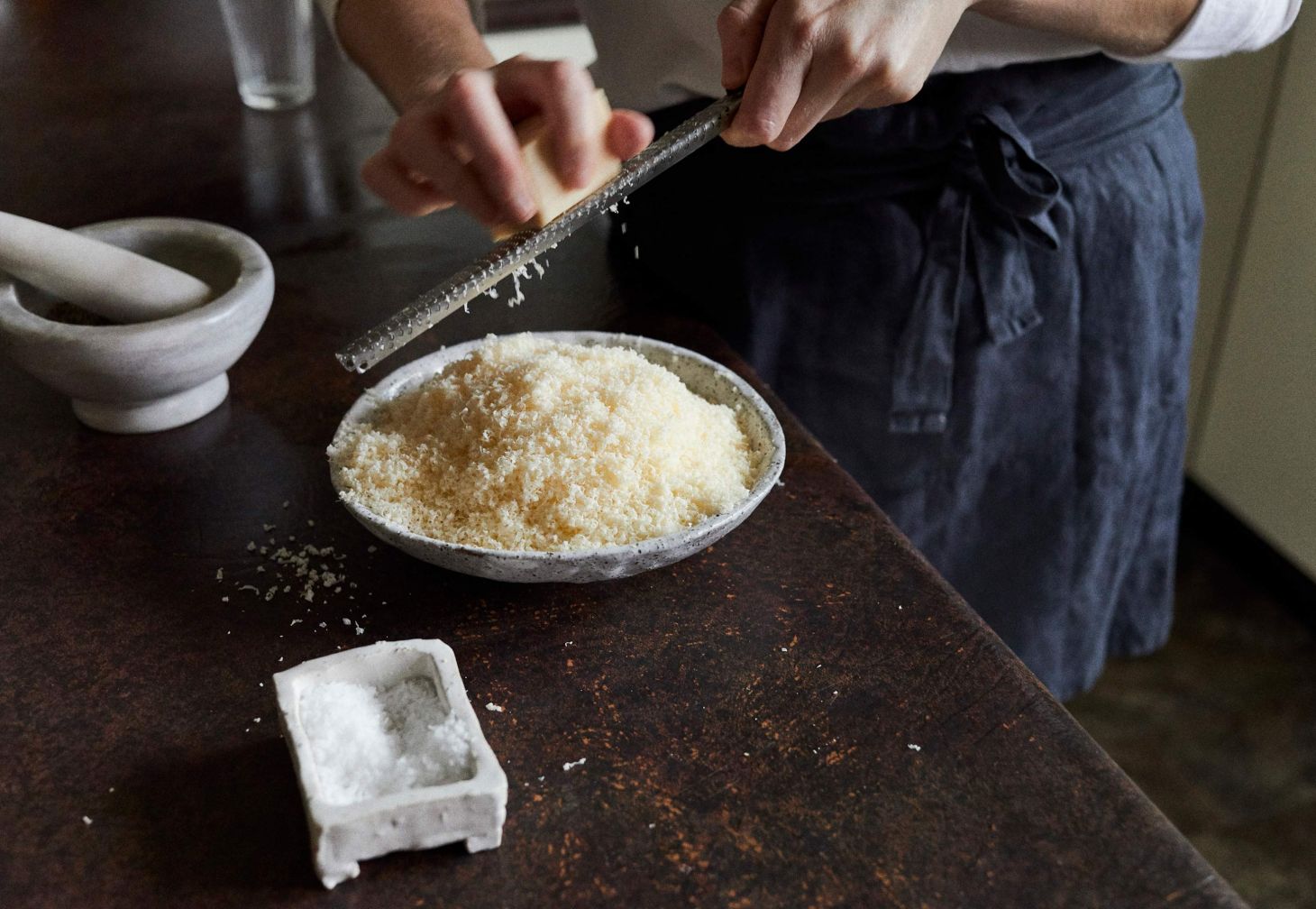 For the past three years, Burke has called a big old house in Sydney's Marrickville home. It's full of "flowers and friends," she says, and her bench tops, more often than not, are covered in flour. "My favourite time to cook is in the late afternoon. The sunlight spills in through the kitchen window and the shadow of the tree outside dances on the wall," she says. 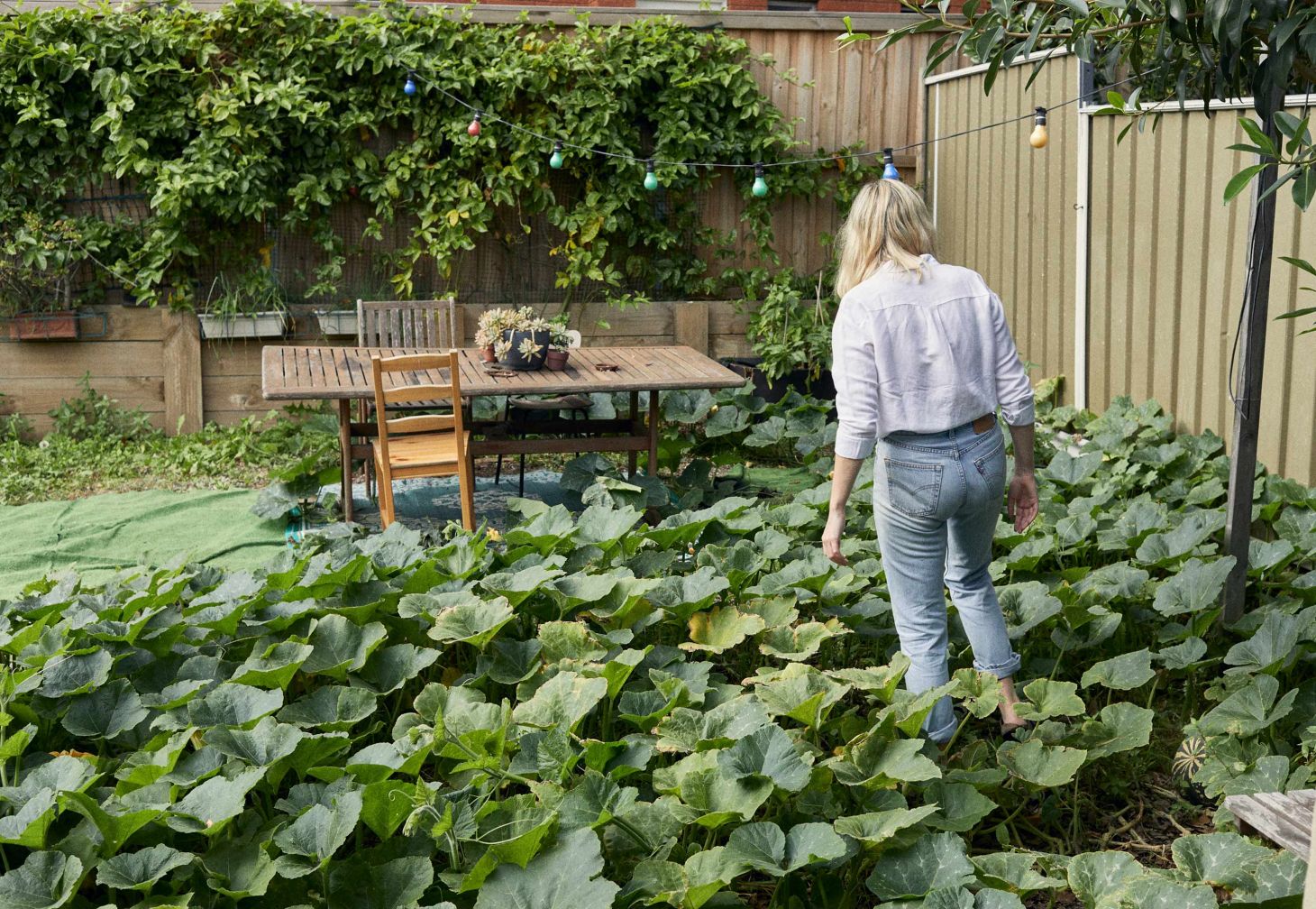 Often she'll head straight to the yard for produce where beds of tomatoes, lemon verbena and herbs are plentiful, and rogue passionfruit and pumpkin vines are taking over. "Marrickville is a wonderful place to live," says Burke. "It's diverse, the gardens are prolific, and because it's on a flight path it's cheap, which means there's loads of creative spaces." 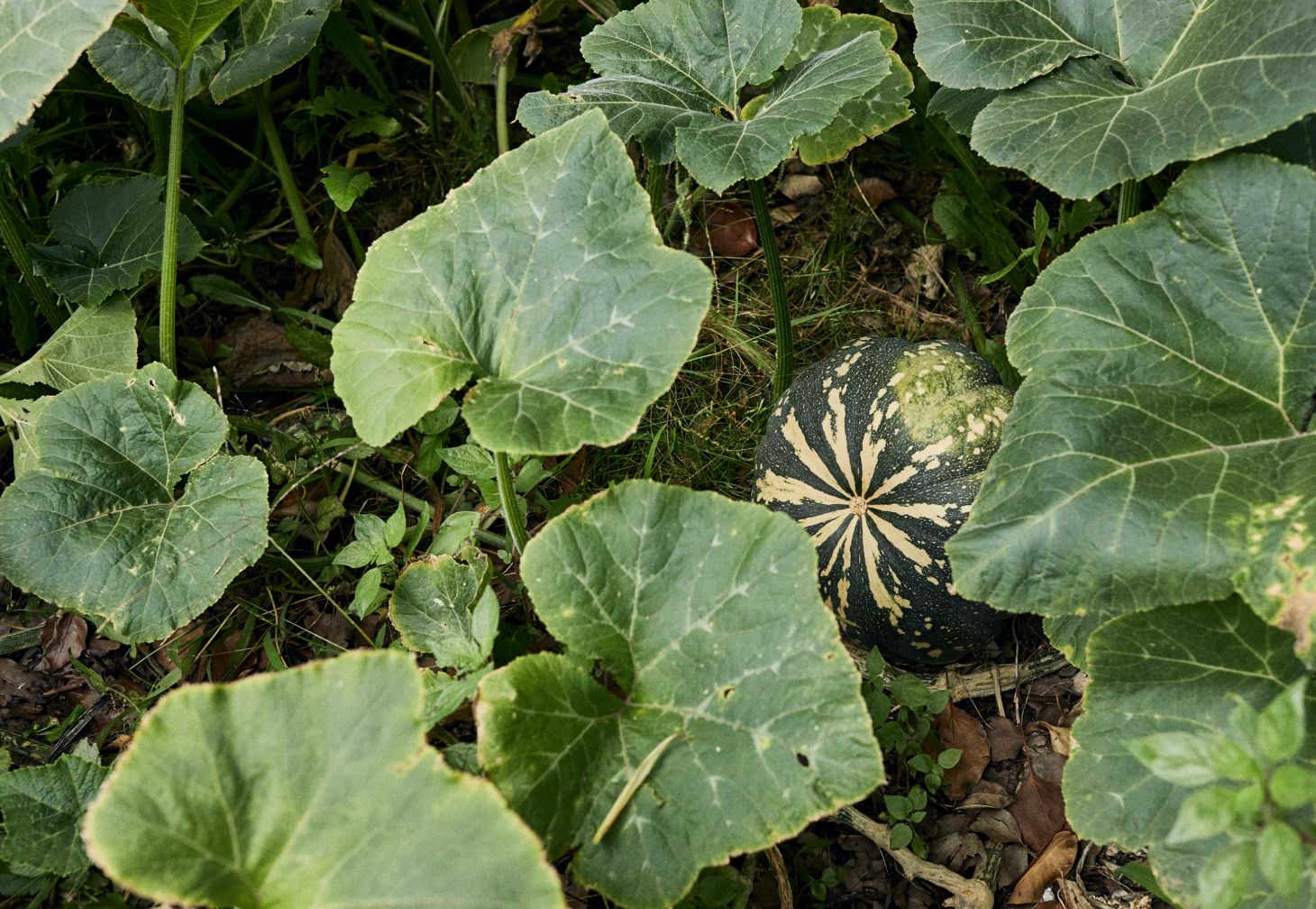 Clay and flowers are like old friends to the full-time ceramicist, sometimes florist. But her love of cooking is a relatively new development. "I worked at Cornersmith for a few years, which taught me everything I know about preserving food. I also dated an Italian for some years, and learned much about cooking (and eating) from his family."

I worked at Cornersmith for a few years, which taught me everything I know about preserving food. I also dated an Italian for some years, and learned much about cooking (and eating) from his family.

Burke's almighty cacio e pepe is the MVP in Marrickville. "It's the answer to cold Sunday evenings with a big glass of red wine," she says. "And also the perfect meal if you don't have any veggies in the fridge."

There are a few ways to make cacio e pepe, and everyone has a slightly different method (Burke’s most memorable was at Bar Liberty in Melbourne.) “Some people use a mix of pecorino and Grana Padano or Parmigiano-Reggiano, but I usually stick to just pecorino.”

In order to nail it, she says, pay attention to what’s happening in the pot. The goal, after all folks, is silkiness. “If the pasta’s too hot when you add the cheese, it’ll clump up and separate from the pasta rather than coat it in a silky sauce, so let it cool for a minute more. And if you think it’s looking a little dry, add some more cooking water.”

In order to nail it, she says, pay attention to what’s happening in the pot. The goal, after all folks, is silkiness. 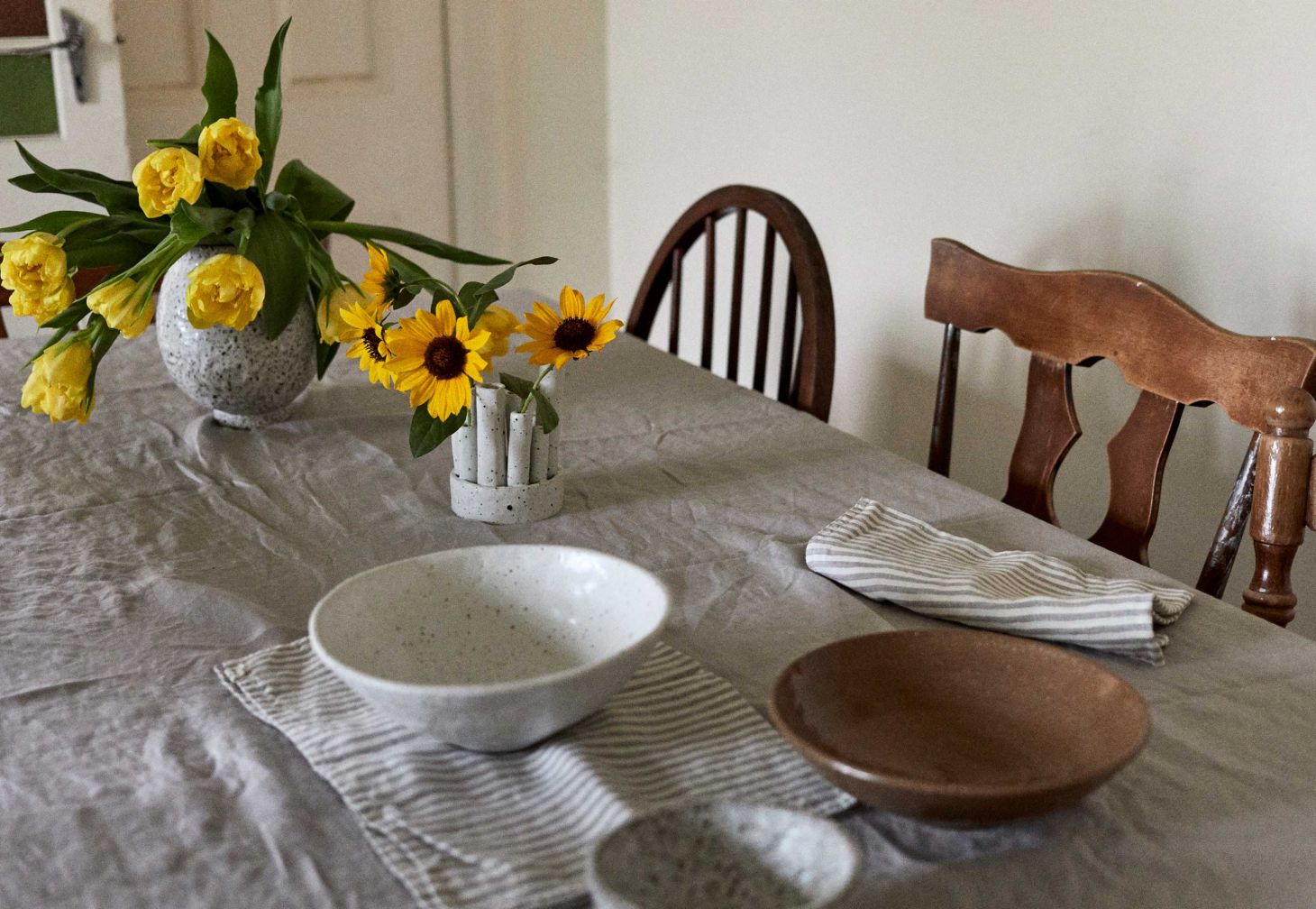 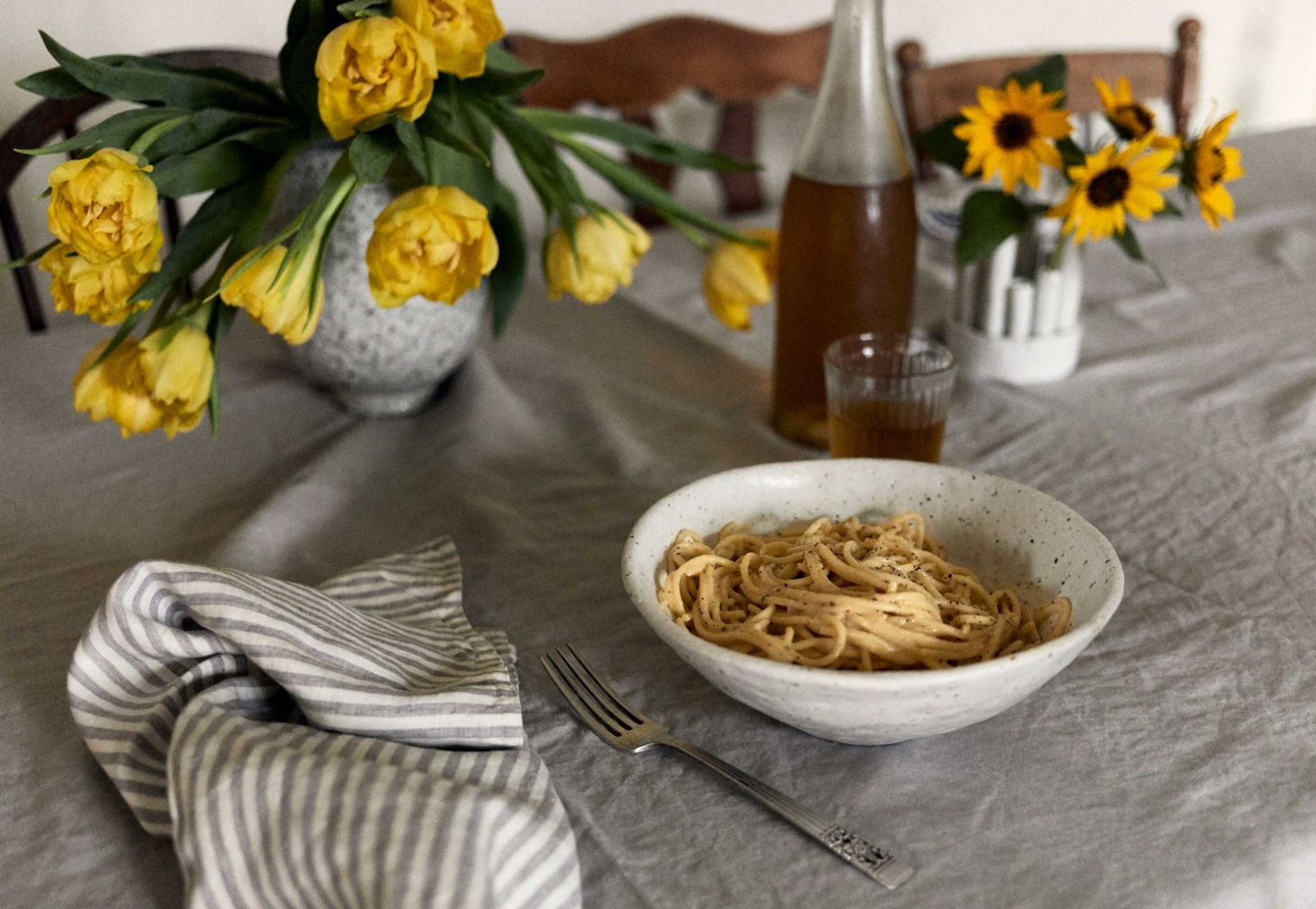 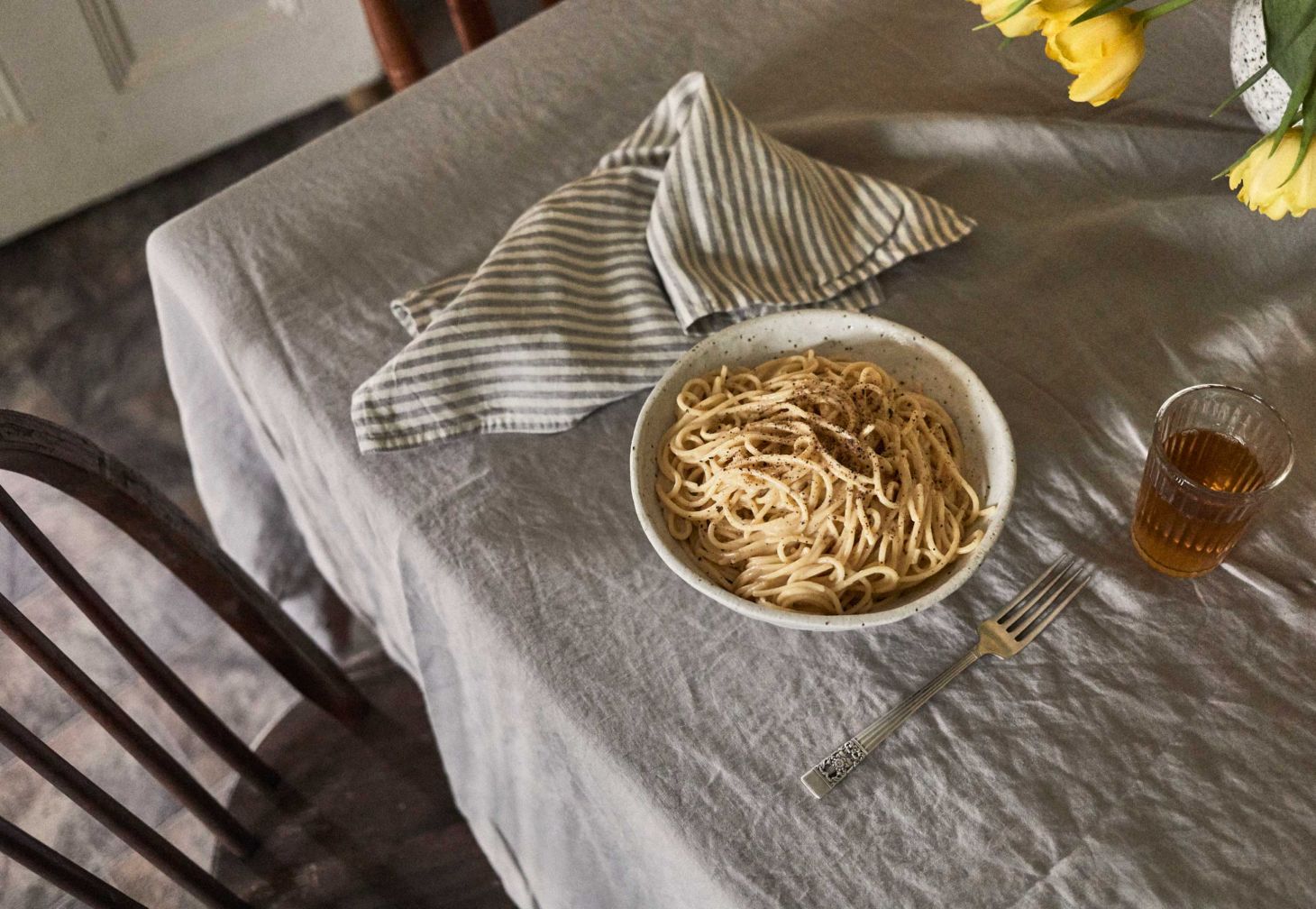 While the pasta is boiling, grate the pecorino. Use the finest grater available (a microplane is best if you have one.) You want the cheese to be light and fluffy and at room temperature for best results.

Once the pasta is al dente, drain, reserving the cooking water. Place the pasta back into the pot, add the butter and stir through.

Allow pasta to cool for a minute. Add some of the reserved cooking water (about half a cup), and then a handful of pecorino and stir through. Continue by mixing more cheese, about a handful at a time, and water as needed.

If it’s looking a little dry, add a bit more water. If it’s too watery, give it a little bit of time and add some more cheese.

Continue mixing the cheese through until it’s evenly distributed and silky. Save some cheese for serving.

Finally, add pepper to taste and mix through. 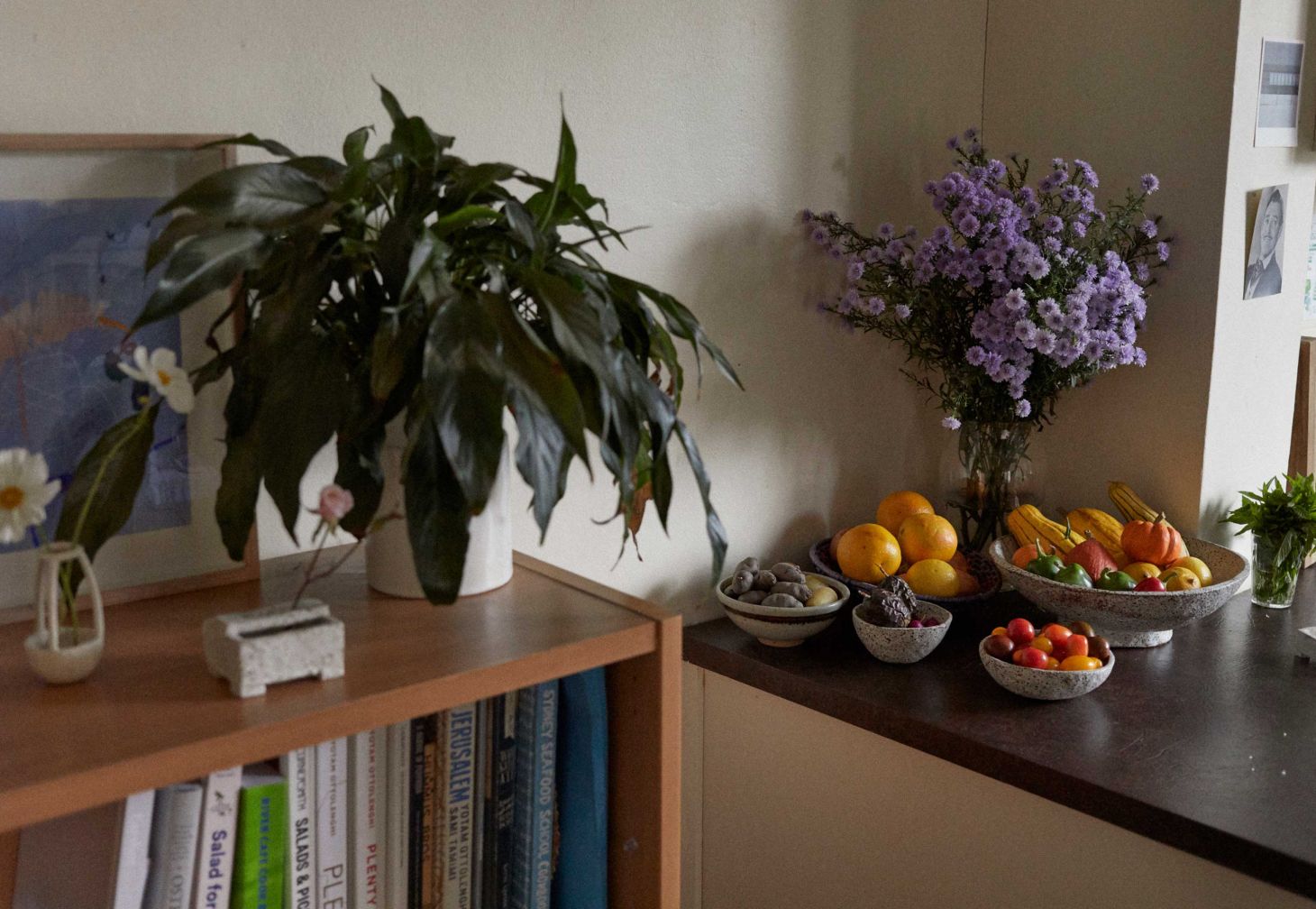 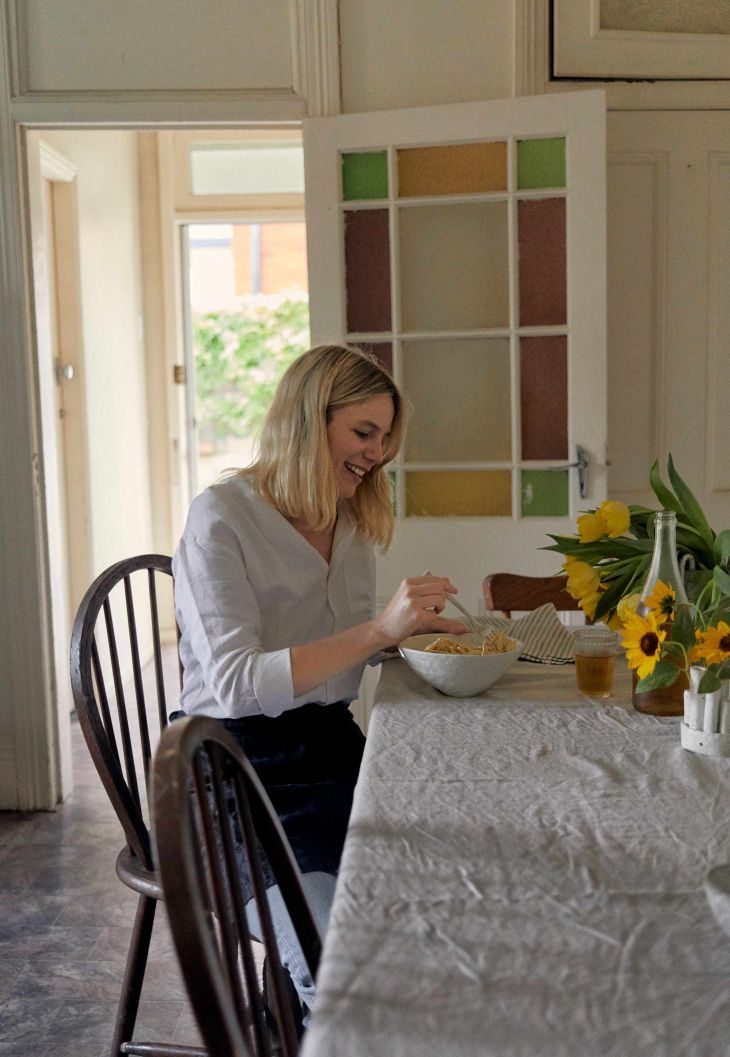 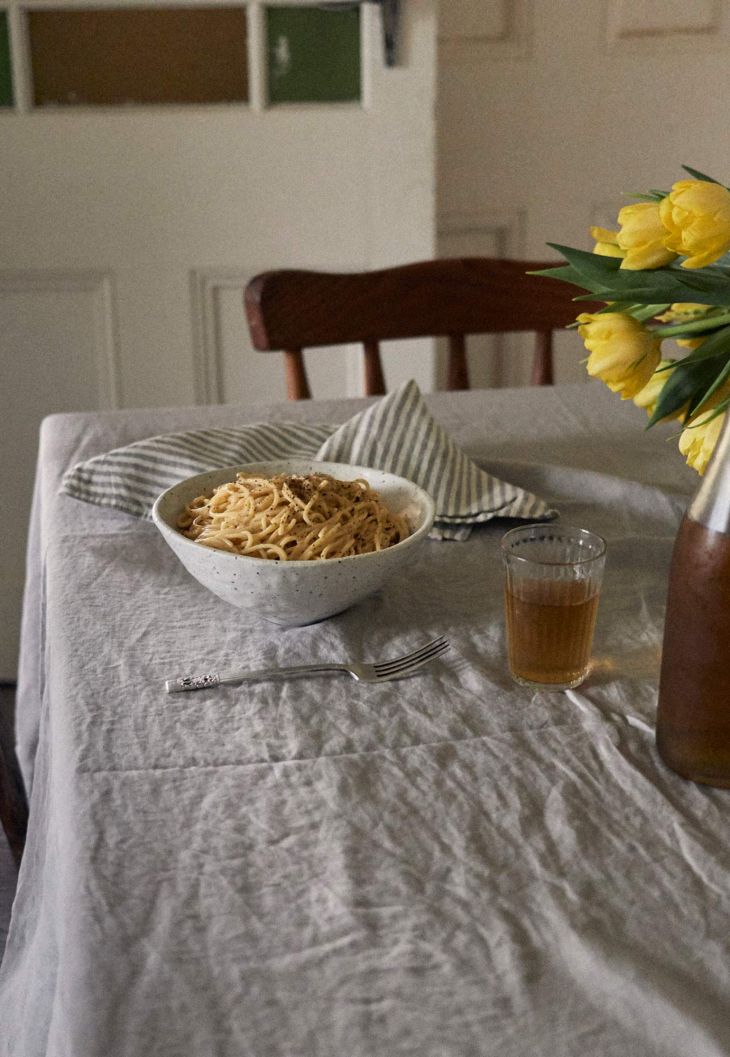 The home of Sarah Trotter of interior architecture and design practice, Hearth Studio.

A cabin in the canyon, we visit the home of Mike & Charlotte Beavers