Having long been fans of Flack Studio's work, we were looking forward to the opportunity to meet David, his partner Mark and their two dogs Frank and Alfred. Just like their portfolio of work, their home is as effortless as it is sophisticated. At once playful and discerning, it serves an entirely different purpose to the studio but feels like an extension of it. We spent a mid-week morning speaking to the pair, learning more about their current projects and discussing their shared love of the work-hard-play-hard philosophy. 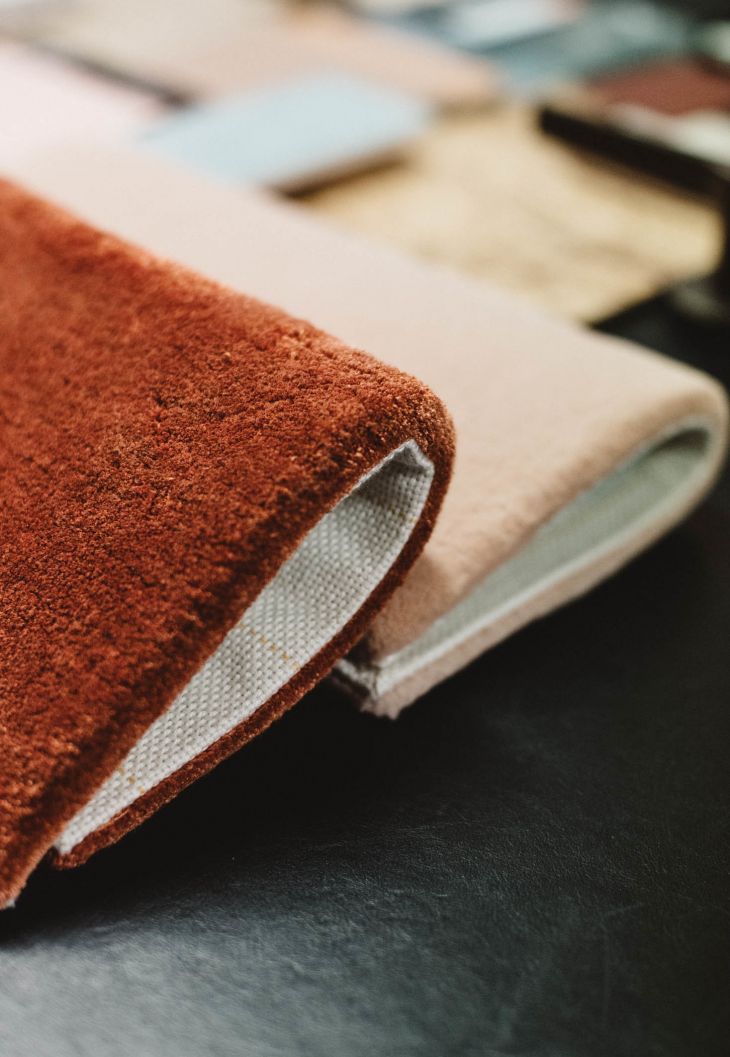 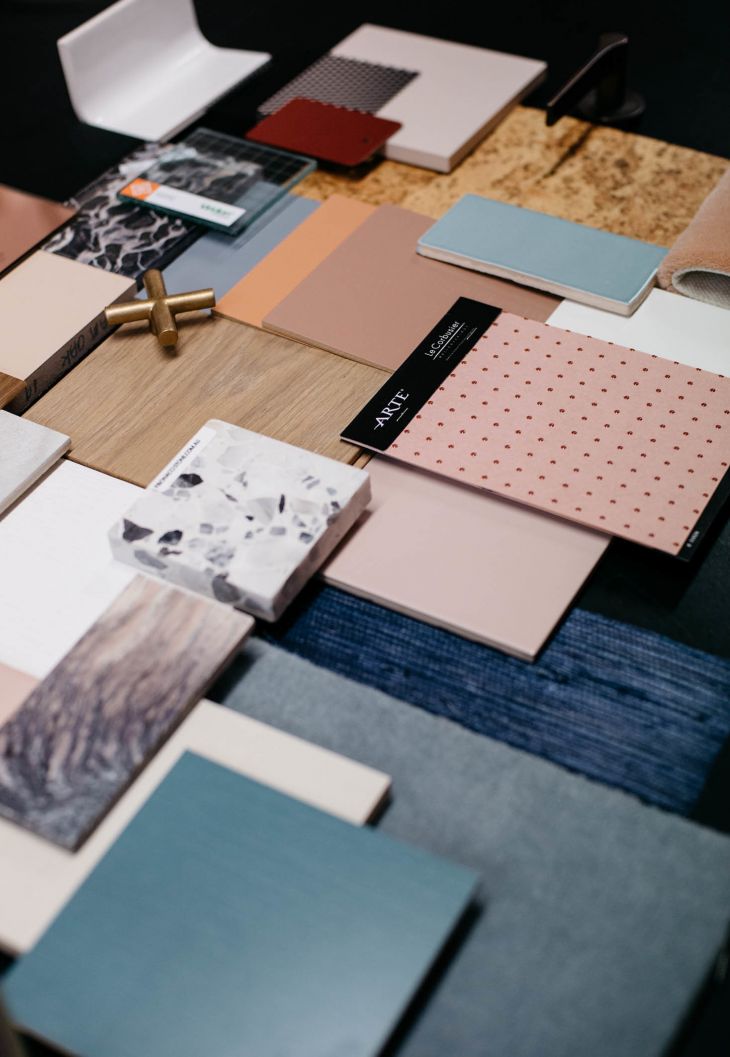 Your apartment is just across the street from your studio, which did you happen upon first?

Our studio came first, we originally lived in a large terrace that provided enough space to host the studio and home. Once we outgrew it and moved into the new space our home wasn't functional as it was spread over three levels. The week we commenced the build of Flack Studio we discovered the converted warehouse across the road, it's an old Cobb & Co. stables and couldn't be more perfect for this time in our lives. 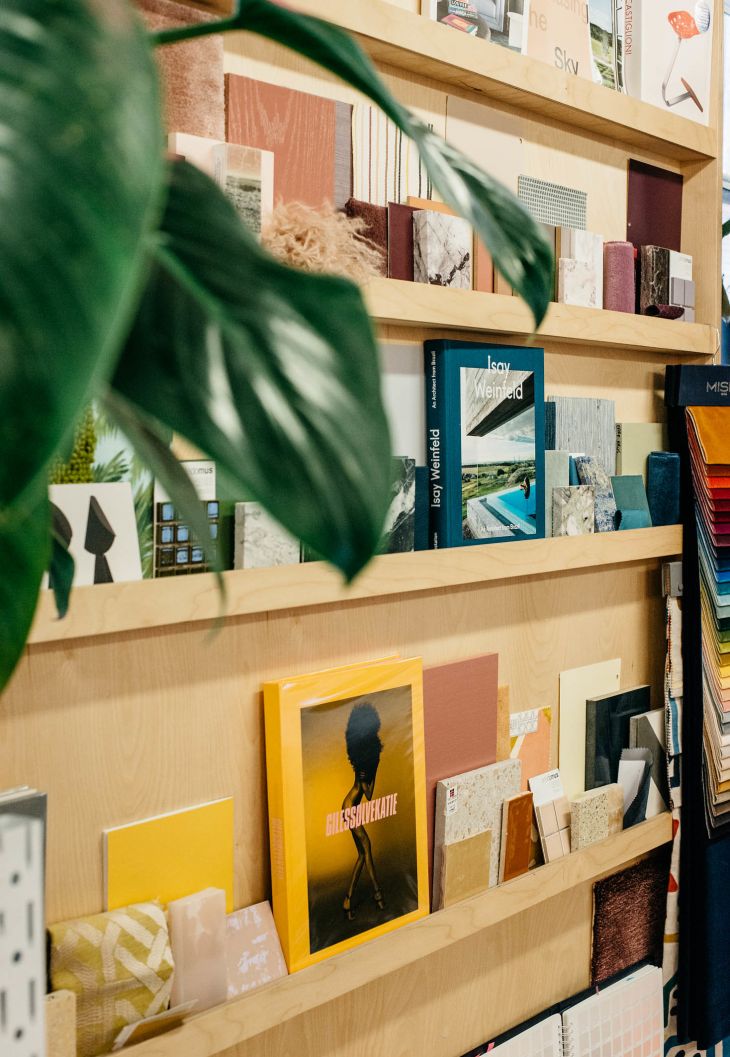 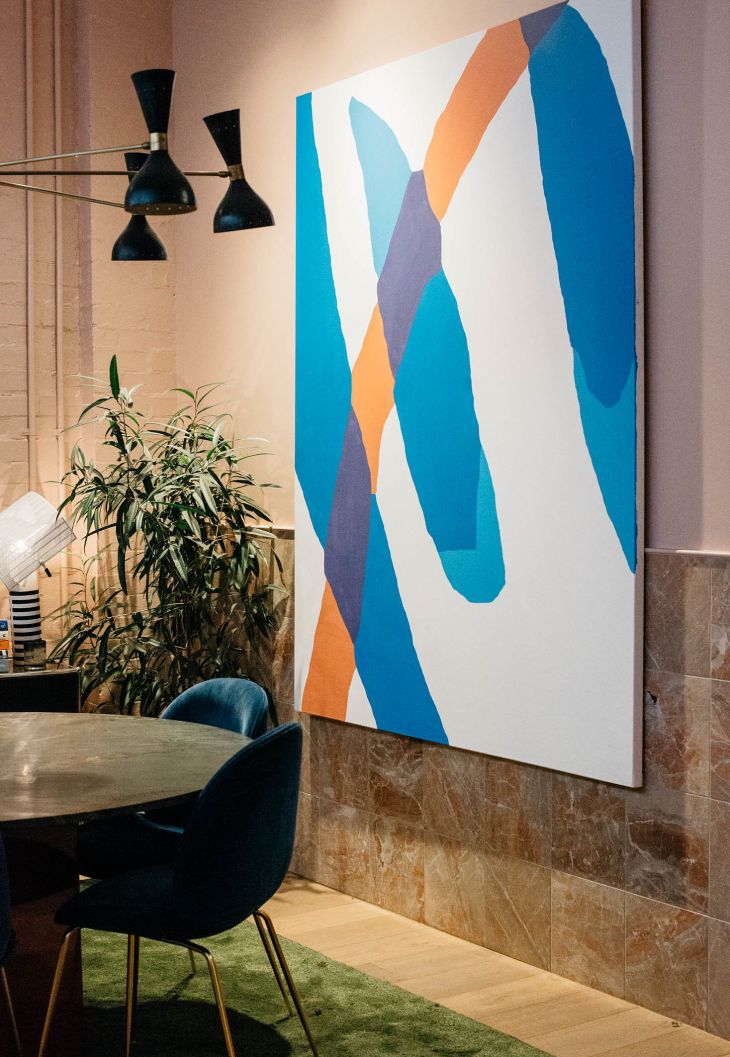 Can you share with us some of the favourite pieces in your home?

We’re both bowerbirds, always collecting bits and bobs. We love being surrounded by objects and art. Our favorite piece is a vintage Erasmo sofa by Afra & Tobia Scarpa for B&B Italia which we had reupholstered – dare to stay we spend most of our time on it. 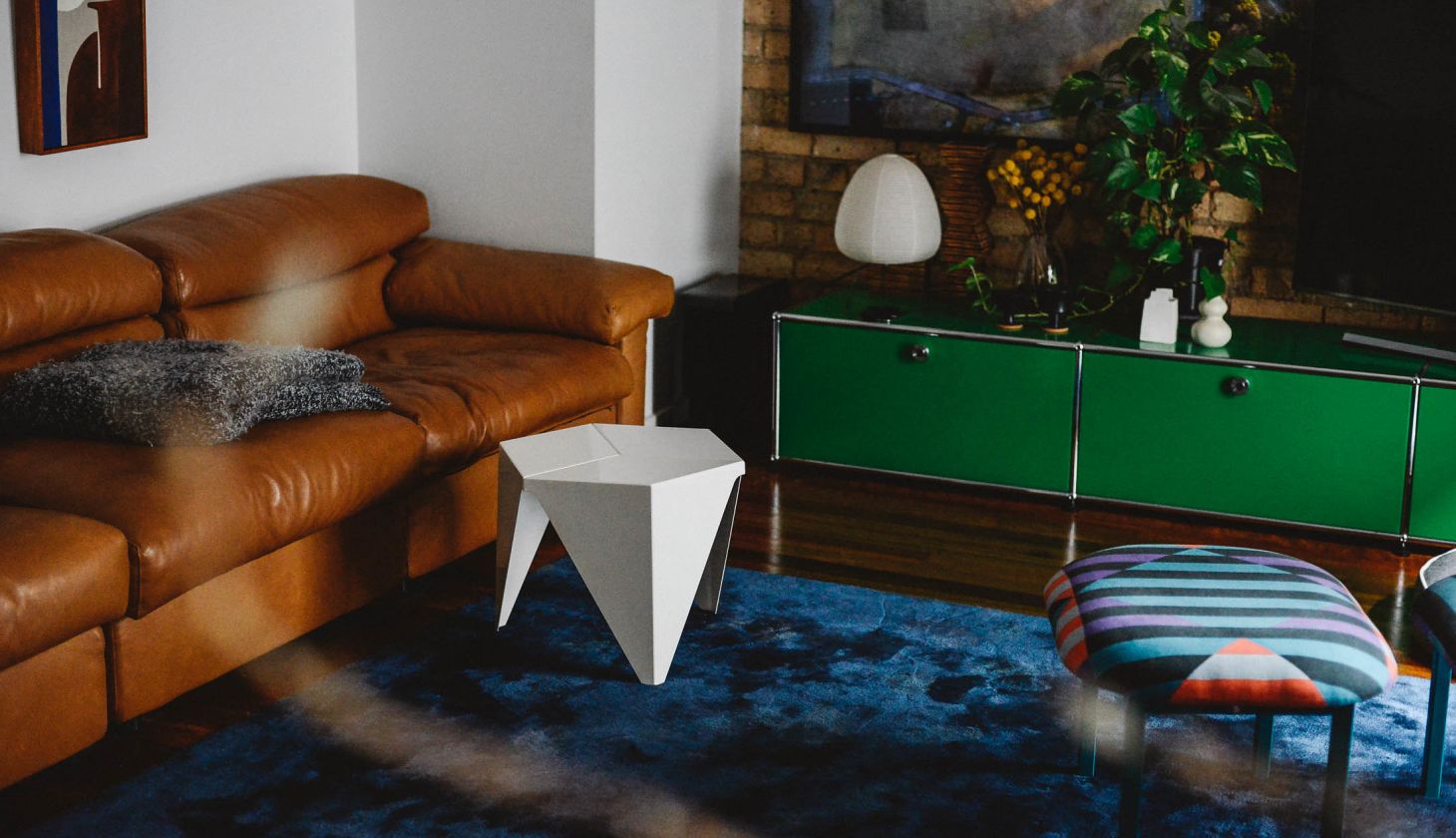 Tell us about your doggos.

Frank and Alfred – they’re very spoilt and run the studio and home. They’re almost three, still spoilt and we orbit around them. Frank is the leader of the pack and runs rings around all three of us, he’s too clever. Alfred is all heart – very affectionate and follows Frank around like a lamb. 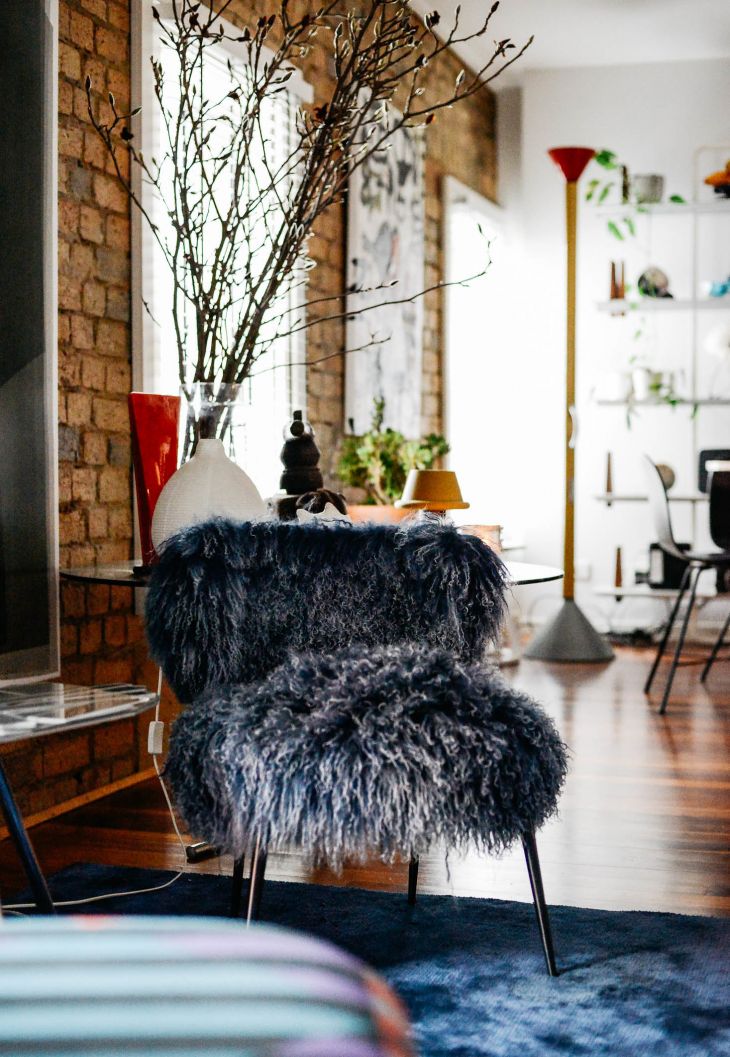 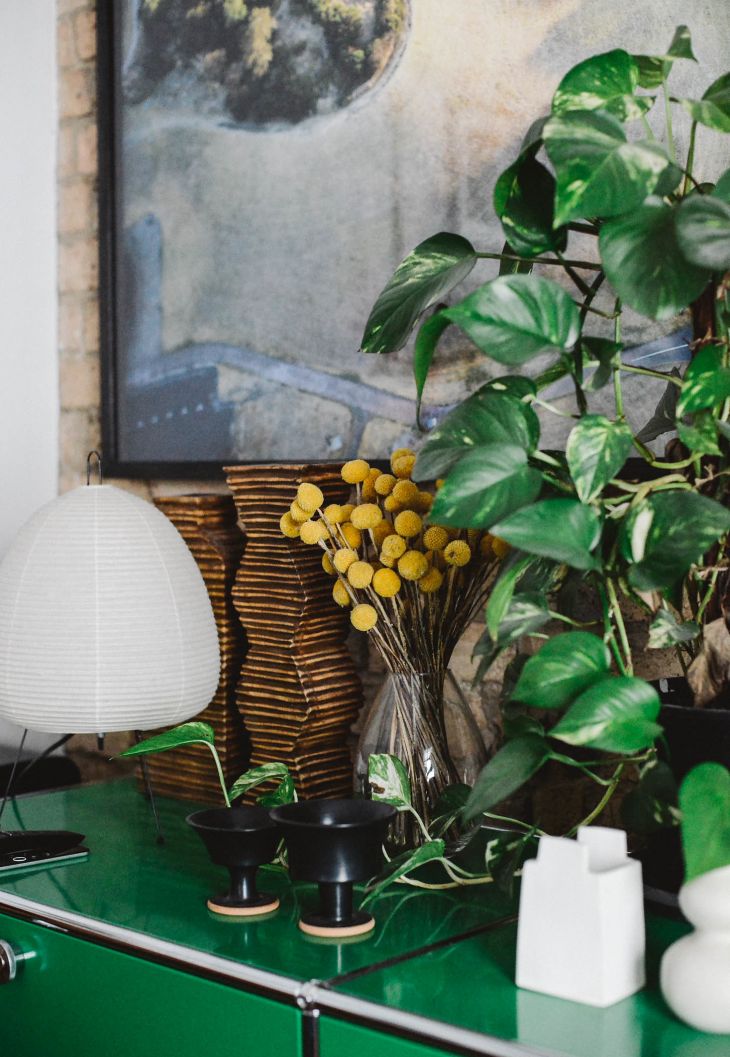 We met through mutual friends in the design industry, Mark’s background is in film direction, however he had a strong passion for design and architecture, so we hit it off instantly. We met three months after I officially launched Flack Studio, within two months we were living and managing the studio together. It was baptism by fire, the studio took off so quickly and with his background in marketing and management is was a life saver. Next year we will get married in country Victoria.

We met three months after I officially launched Flack Studio, within two months we were living and managing the studio together. 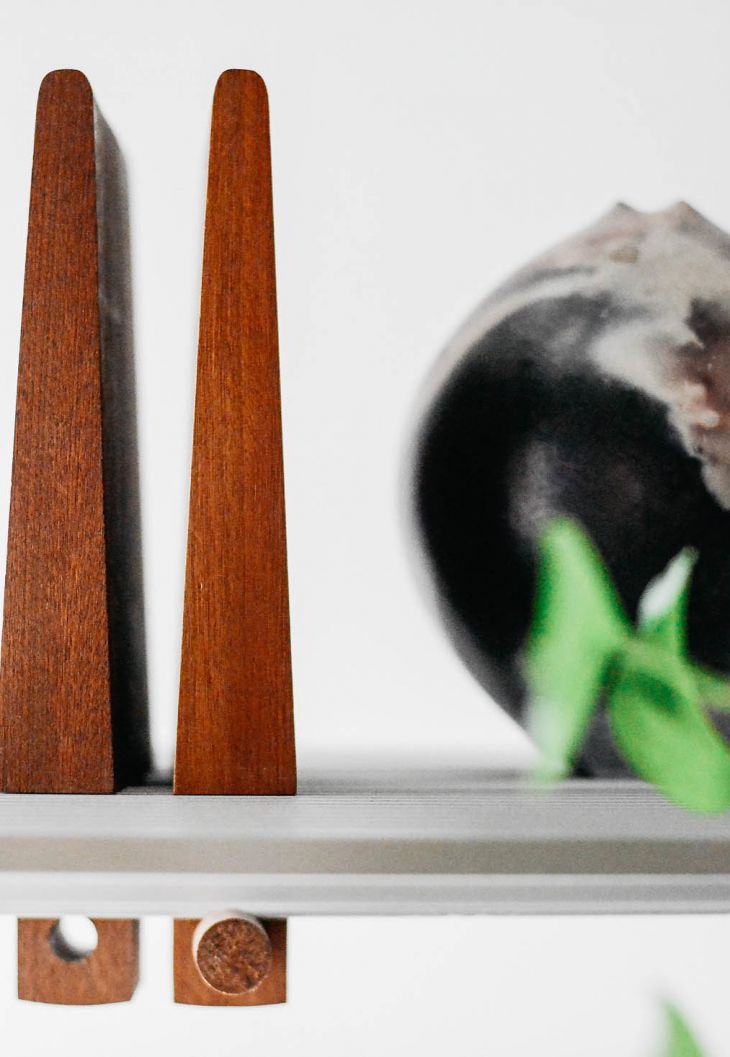 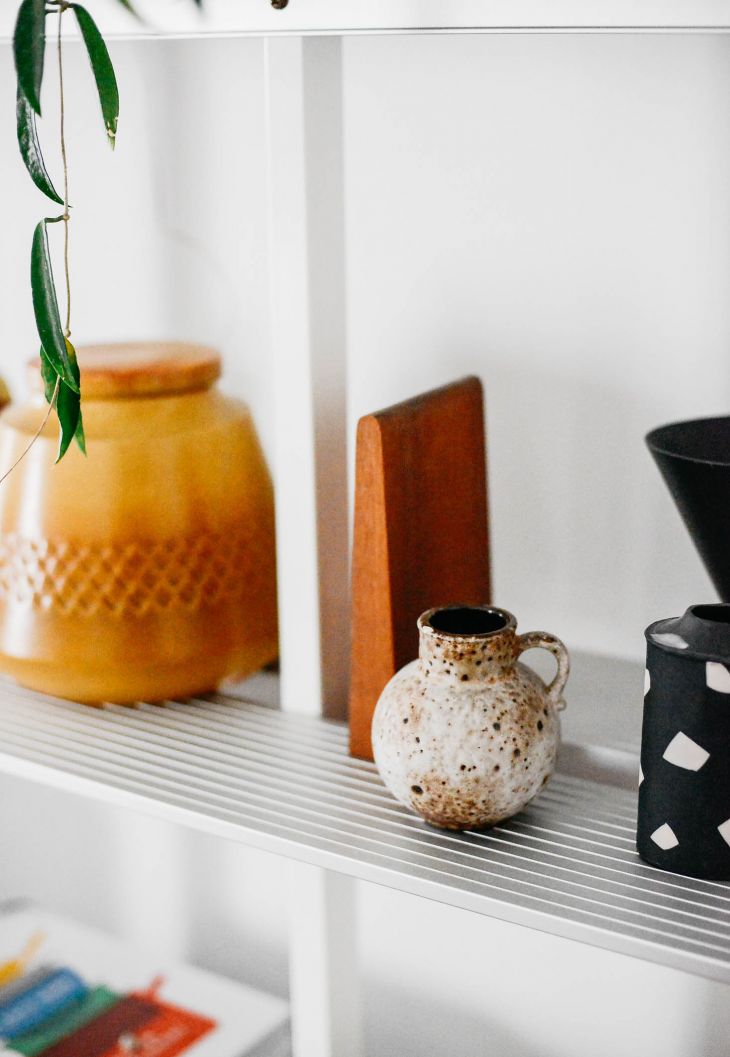 How do you complement each other at work?

We’re quite similar in our philosophies at work; both very proactive, client and initiative driven with a work-hard-play-hard mentality. We do obviously split our concentrations – I manage all design aspects, while Mark will focus on client management, marketing and the running of the studio. This allows me to focus on the team and design. We’re very collaborative in our working relationship, we bounce off each-other. Mark is very idea and results driven like me, he is also my biggest critic and supporter. 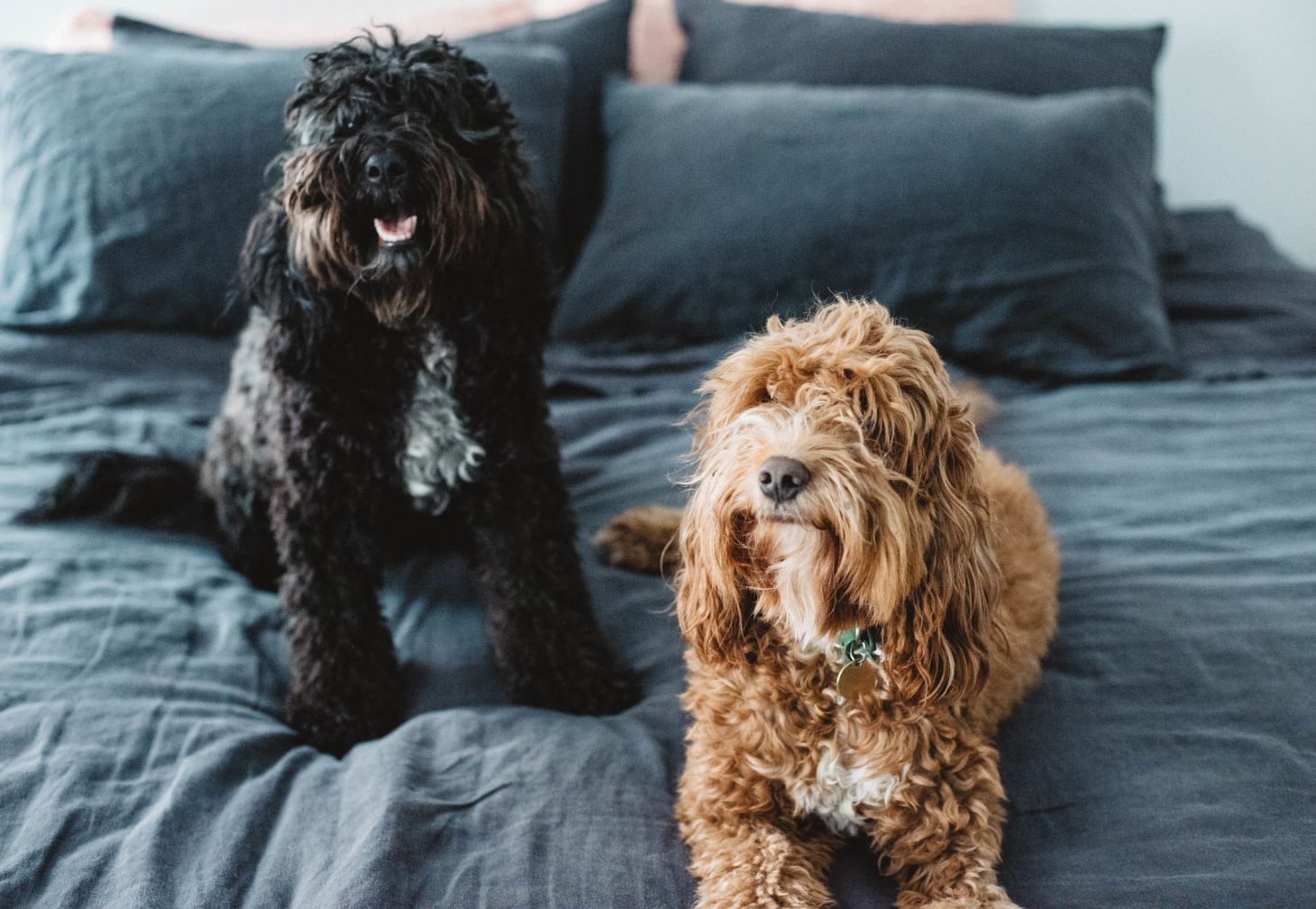 Can you share with us a project that you’re working on at the moment?

Currently working on a 1000 sqm house in Roppongi Hills in Tokyo and a divine new home in Red Hill. Our passion is creating custom family homes and we work predominantly in Melbourne, however we will follow good design and clients anywhere in the world. 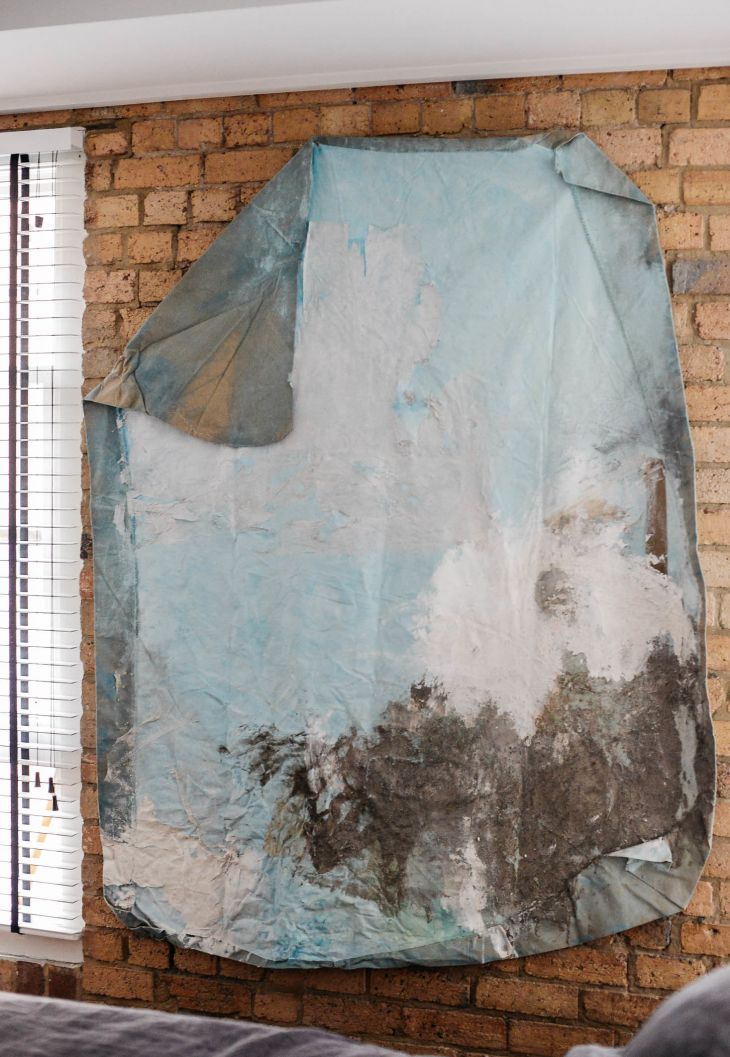 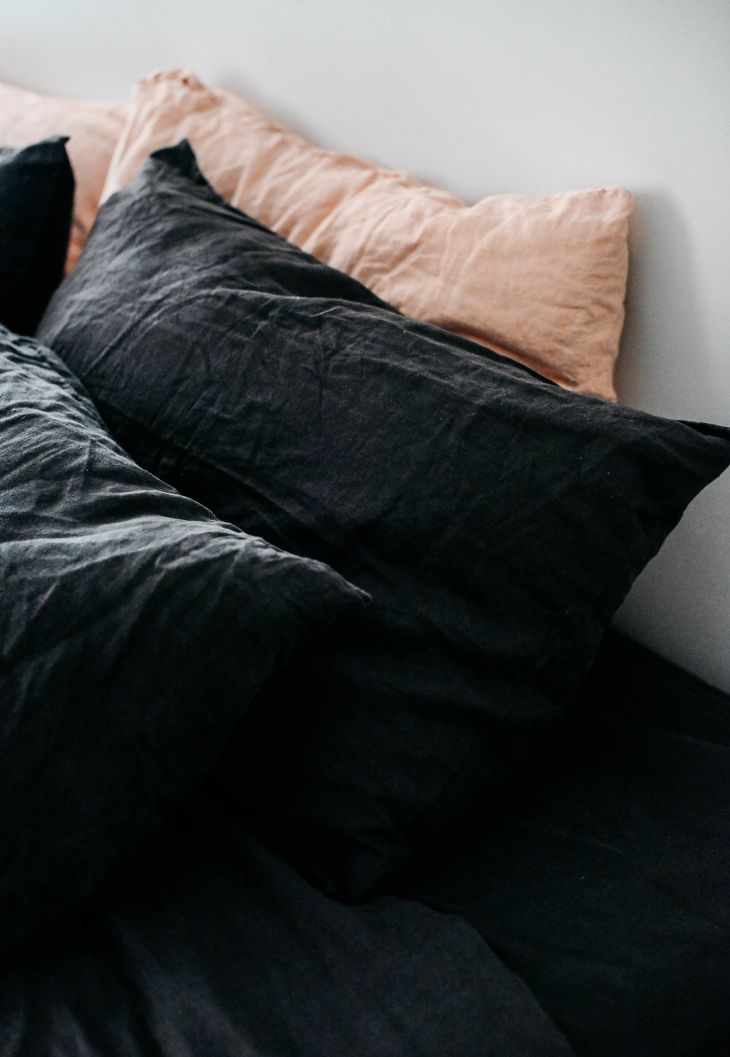 What has been a highlight of this year so far?

Earlier in the year we finished a stunning homestead in Elmore of which we are extremely proud. The project that has us bursting at the seams is The Rigg Prize, with National Gallery of Victoria, 10 Interior Architecture Practices have been chosen to create a 40sqm space within the gallery, which is to be the epitome of the studio. We’ve been working on our design for the last ten months. It opens to the public on Oct 12th for three months – watch this space! 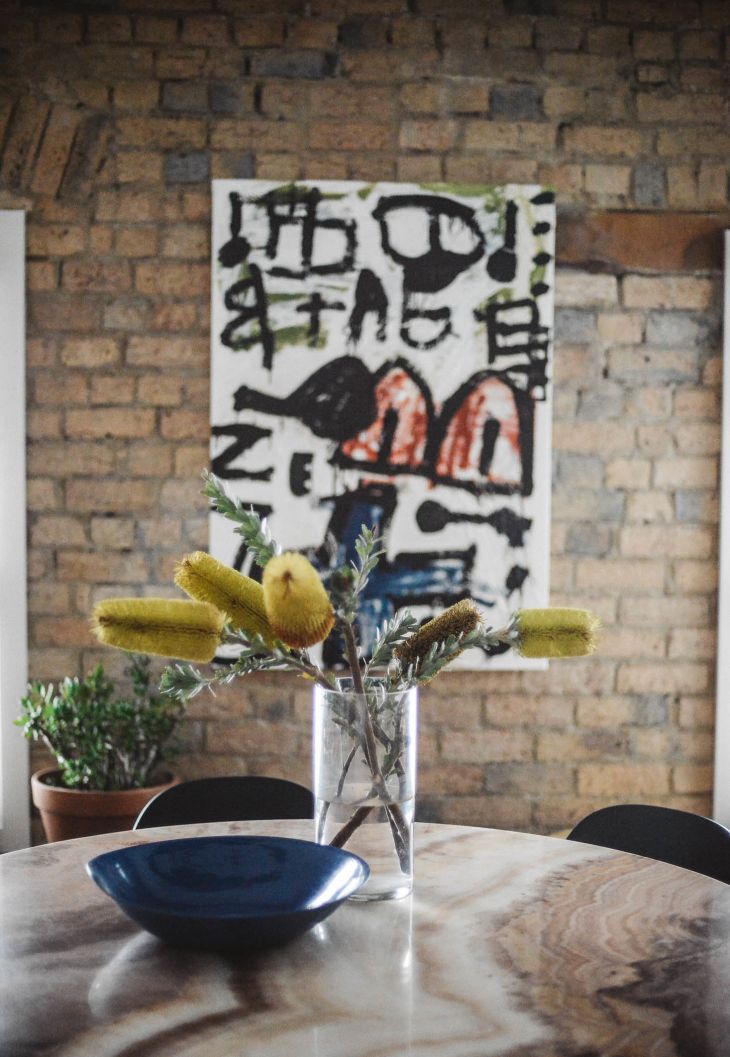 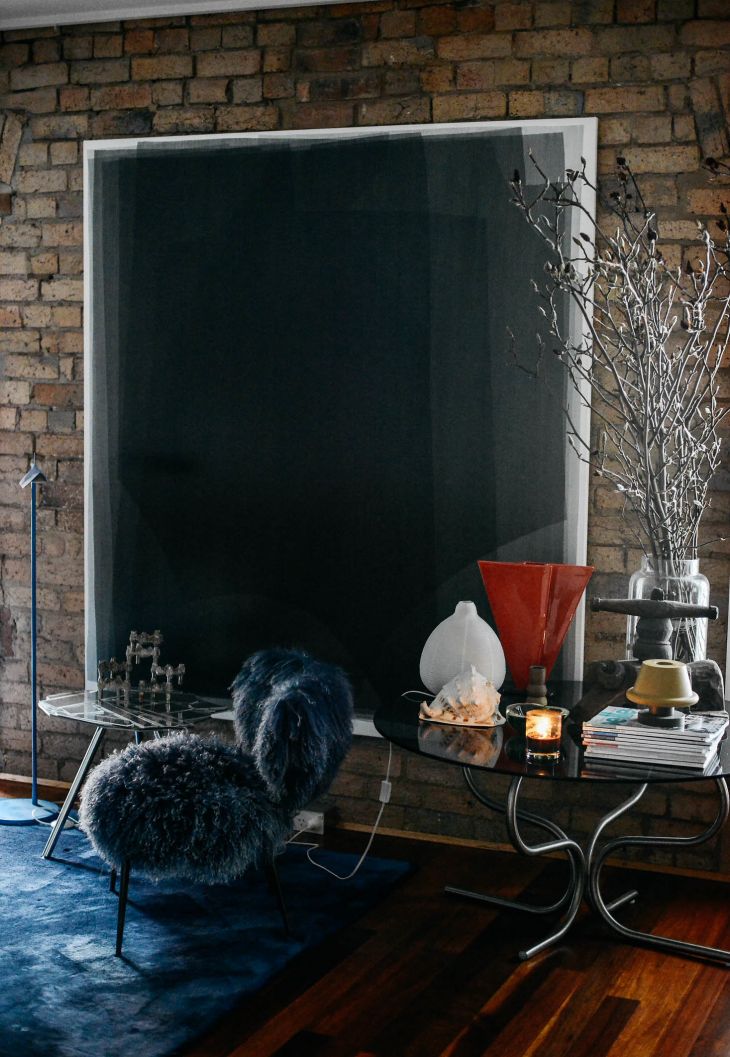 David, can you explain the path that led to your work as an Interior Designer?

I was obsessed with creating floor plans from around age 7 – my parents actually kept them all, they were pretty good! My dad was a builder, so I was around the creation of homes from an early age. I studied at Swinburne and like all graduating students spent months contacting every studio to find an opportunity. I was given great advice upon graduating, which was – research where you want to go, do everything to get in and respect the opportunity by staying until you have soaked up every piece of information. I was lucky that came from Kerry Phelan of K.P.D.O

I was obsessed with creating floor plans from around age 7 – my parents actually kept them all, they were pretty good! My dad was a builder, so I was around the creation of homes from an early age. 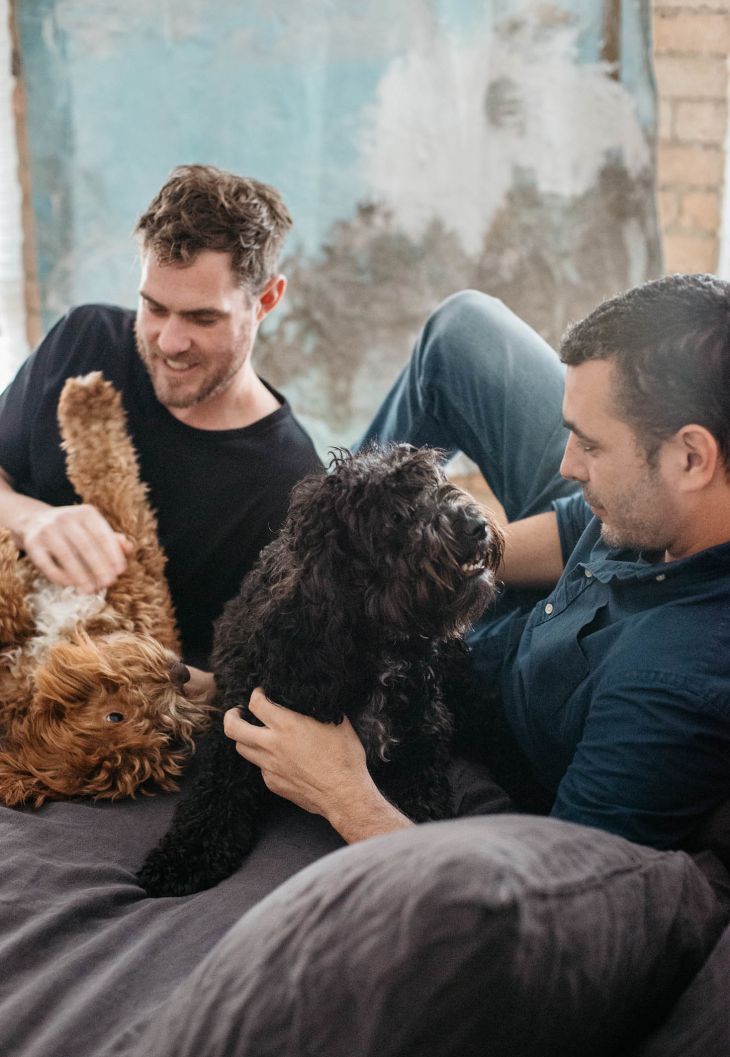 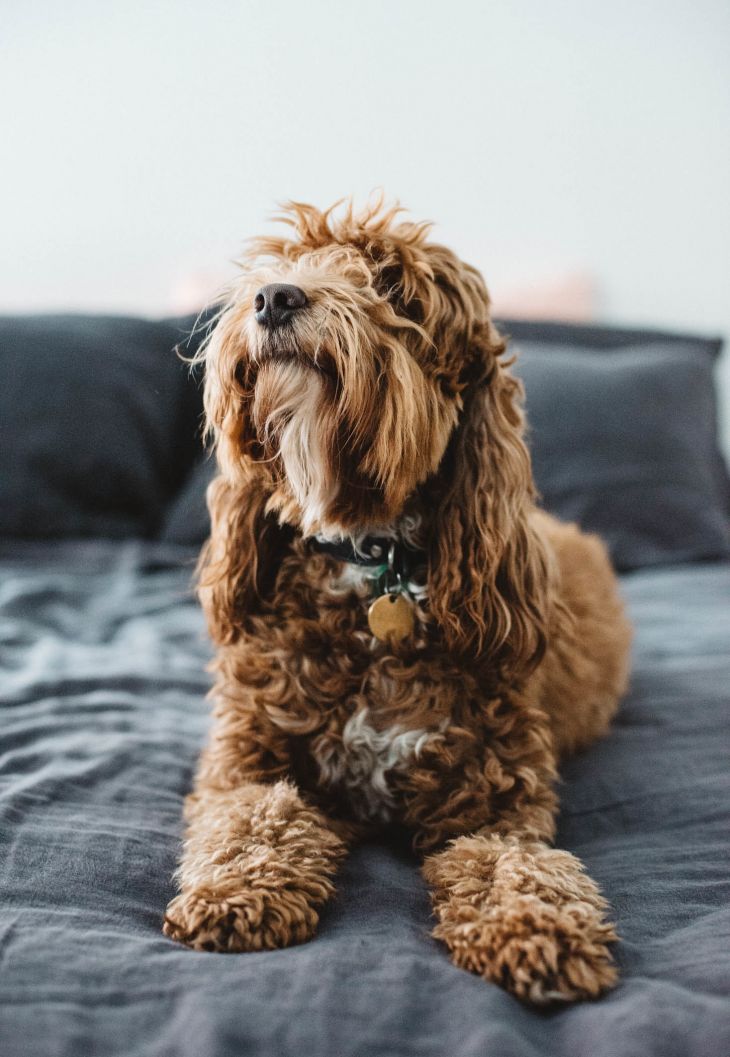 How did you approach the design of your own home?

The design of our studio was around the energy and the ideas that make up Flack Studio – we wanted a space the felt Flack. As for our home – it’s a rental, so we threw everything in and hoped for the best, we loved a space that is layered, non-precious and warm. 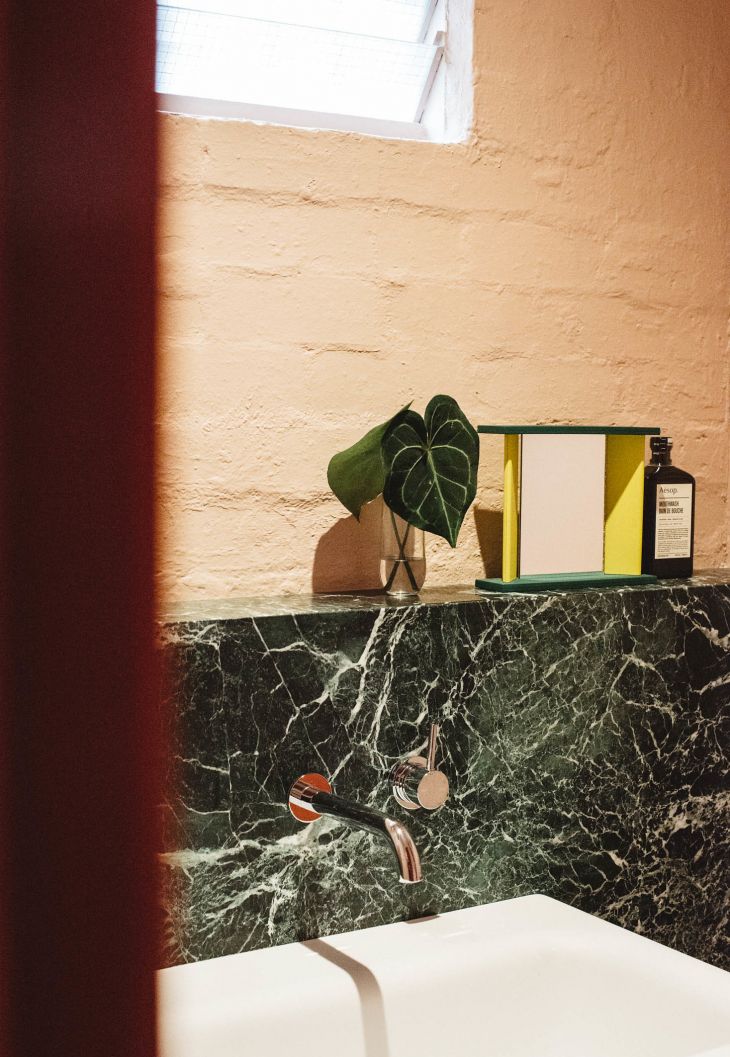 Where are some of your favourite places to go in your neighbourhood right now?

Being creatures of habit you will find us as Baker D. Chirico for baked treats, Market Lane, Carlton for morning coffee and Newtown, Fitzroy for afternoon coffee. Shop Ramen, Flowers Vasette, The Builders Arms and Amarillo are weekly regulars – all in Fitzroy too. 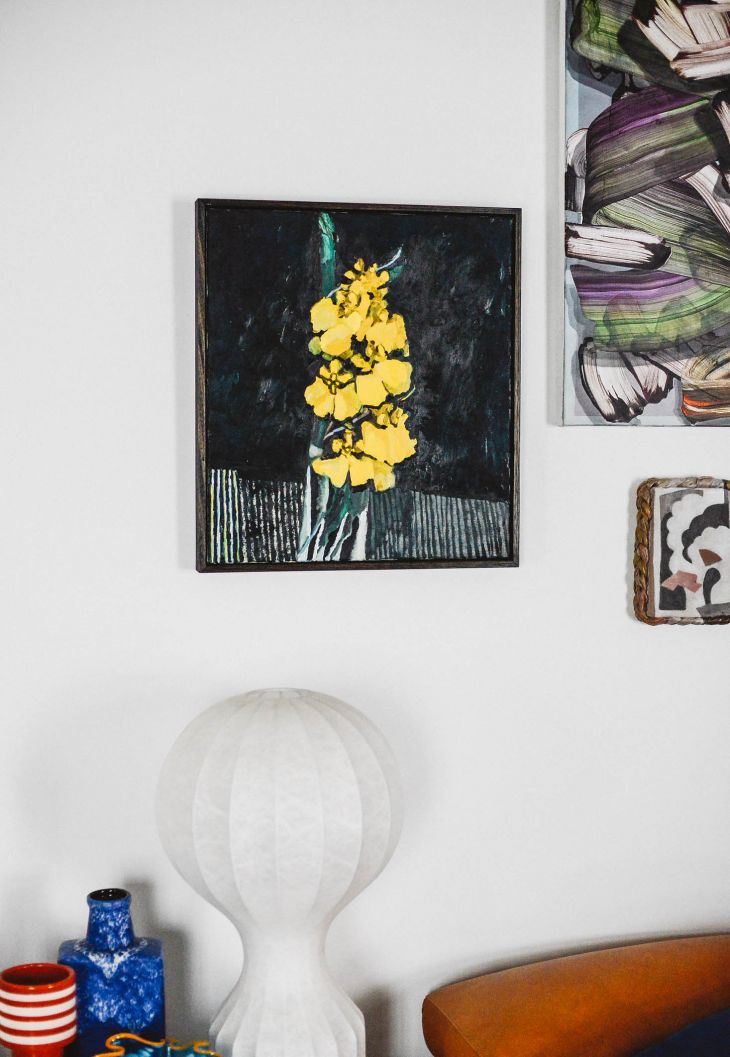 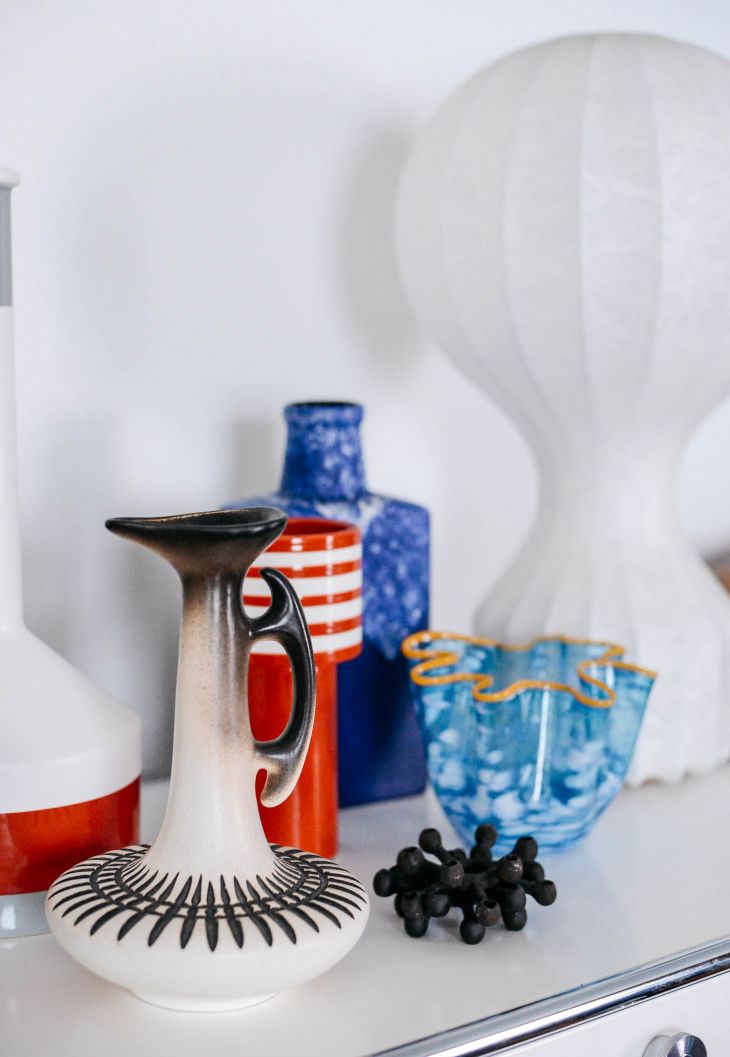 We walk Frank and Alfred for an hour en route to Market Lane for our coffee and then a loop around Melbourne Museum. We’re early rises and are in our studio by 8am every morning. The mornings are when we have our briefings about the day.

We have our nightly walk with the boys. We really enjoy walking around Fitzroy, we always find a new architectural beauty. Bed is king for us – we need little preparation to duck under the covers – Frank and Alfred are never far behind!